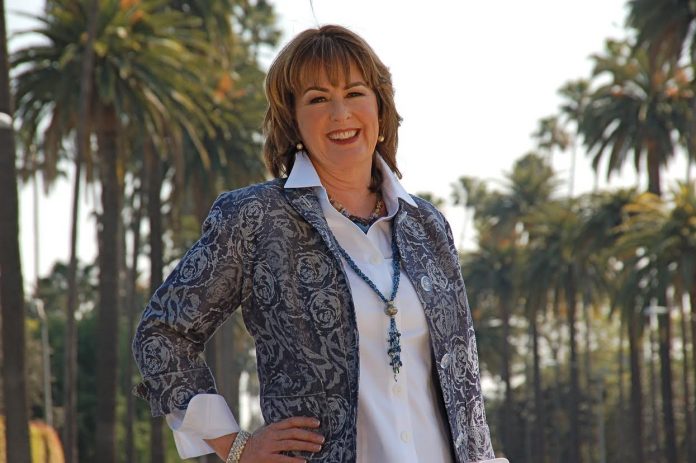 We are excited to have New York Times Bestselling author Cheryl Holt join us today on Novels Alive TV! Make sure to stroll to the bottom and enter to win an autographed print set of Cheryl’s LORD TRENT series!

[quote]CHERYL HOLT is a New York Times, USA Today, and Amazon “Top 100” bestselling author of over thirty-five novels. She’s also a lawyer and mom, and at age forty, with two babies at home, she started a new career as a commercial fiction writer. She’d hoped to be a suspense novelist, but couldn’t sell any of her manuscripts, so she ended up taking a detour into romance where she was stunned to discover that she has a knack for writing some of the world’s greatest love stories.

She lives and writes in Hollywood, California, and she loves to hear from fans. Visit her website at www.cherylholt.com[/quote]

About SEDUCING THE GROOM:

Stephen St. John, Viscount Banbury, is in a bind. His father has cut off his allowance, so he’s had to rein in his decadent habits and split with his beautiful, spoiled mistress whom he can no longer afford. When an American heiress comes to London and dangles her fortune in Stephen’s direction, he sees it as the answer to his prayers. He’ll wed the pretty, delectable heiress, but he won’t let her interfere with his decadent lifestyle. He’s a confirmed bachelor and determined to have a marriage of convenience.

Ellen Foster has traveled to London for the express purpose of buying a titled husband. She’s been husband shopping for months and can’t make up her mind. All the available candidates seem tepid and boring. But when she lays eyes on handsome, dashing Stephen St. John, she knows he’s the one, and with her large fortune as bait, he’s easily snared in her web.

When he suggests a marriage of convenience, she pretends to agree. But she has no intention of living separate lives. She plans to enjoy every delightful, wicked minute that marriage to a rake can provide. With Stephen determined to avoid her, seduction seems the only choice.

Stephen St. John, Viscount Banbury, eventually to be Earl of Stafford if his recalcitrant, impossible father ever dropped dead, glared at the interloper who’d now been his wife for all of ten hours.  The silence extended; the farewell grew awkward.

What repartee, precisely, was a man supposed to express at a time such as this?  Sleep well?  Pleasant dreams?  See you in the morning?  Or how about more aptly, What was I thinking, marrying a woman I don’t know?  Have I gone mad?

Nothing seemed appropriate.  Astoundingly, he blushed, his cheeks heating with an embarrassing dose of discomfort.

The wedding guests were gone, the house had been tidied by what was left of his domestic staff, and he’d been about to leave too, when he’d stumbled upon her floating down the stairs.  She was scarcely dressed, clad in a diaphanous green negligee and robe that hardly covered anything that ought to be covered.  Apparently, as she’d concluded that he was already off to his merrymaking, she’d believed herself to be alone in the massive, drafty domicile.  Unable to sleep, she’d descended to fetch a relaxing refreshment.

Her hair was blond, the shade of ripened wheat.  It was unbound and hanging down her back to brush her bottom, and he was gravely troubled by the display.  She was much too forward and assured, prancing about in her nightwear before an unfamiliar man, yet she didn’t appear perturbed.

Yes, he was her husband, but nevertheless, they were strangers.

Even though he hadn’t meant to, he evaluated her graceful figure.  He was only human!  He couldn’t be expected to avoid looking at what was flaunted in plain sight.

She was much too shapely, and he squirmed uneasily and inspected the floor, only to be confronted by her feet.

Her toenails were painted red!  The splash of bright crimson in the dull salon seemed immoderately sexy, out of place, incongruous and irreconcilable with the individual he pictured her to be.

Ordinarily, he was an urbane, sophisticated fellow, renowned and lauded for his aplomb, his polish and poise and, most particularly, for his way with the ladies.  Yet with his new bride, he’d been transformed into a bungling, gauche oaf.

From the moment earlier in the day, when she’d waltzed into the parlor, promptly at eleven, he’d behaved like an ass.  Throughout the abbreviated ceremony, then the afternoon of toasting and celebration, and the interminable meal that had wrapped up the festivities, he’d constantly tripped over himself, saying the wrong thing, doing the wrong thing, and generally making a fool of himself.

She likely presumed that she’d wed a moronic buffoon.

He was dawdling in the doorway, acting like a simpleton, powerless to depart, but incapable of maintaining any sort of intelligent conversation.

“Don’t let me keep you,” she obligingly said.  Showing him her back, she strolled to the other side of the room, where surprisingly, she helped herself to a stout glass of brandy.

During the excessive, protracted gala, he’d covertly watched her.  When his rowdy, wild friends had still been in attendance, she’d had naught to drink.  While she’d ceaselessly had a beverage in her hand, he’d never seen her take so much as a sip.  So why now?

He was used to consorting with a rather decadent type of lady, so he normally wouldn’t have heeded whether she’d imbibed or not.  Usually, he paid no heed to what a female did or didn’t do.  But it bothered him to discover that she was so nonplussed by events that she could blithely delight in a nightcap.

“Enjoy your…revelry,” she added.  “I’m sure it will be most entertaining.”

From the beginning, he’d recognized that she had a husky, come-hither voice.  When she talked, she always sounded as though she were on the verge of mentioning an indecent proposition.  Thus, it was difficult to focus on the content of her speech, because the words kept getting lost in the sensual timbre of any utterance.

Narrowing his gaze, he studied her rounded behind, trying to deduce if she was mocking him with her flip adieu.  Was she jesting?  Was she serious?

Though she’d readily and freely yielded to his ultimatum that theirs would be a marriage of convenience, how could she blandly acquiesce to his rushing out to cavort with others on their wedding night?  Had she no feelings in the matter?  Was she genuinely unconcerned about where he went or what he did?  What woman—what wife!—could be so tolerant, so unmoved?  What kind of person was she?

There was the crux of his problem.  He had no idea.

Please support the author by purchasing her book: 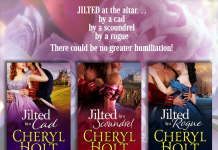 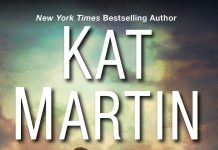 Why Romantic Suspense by Kat Martin 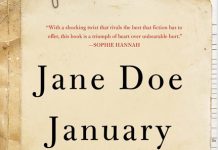 With This Ring and giveaway with Lisa A. Olech

NEW RELEASE: Doing it Over by Catherine Bybee Blog Tour