GUEST BLOG: The Bastard’s Inheritance: A Character-Driven Novel by Dennis Roth Plus Giveaway!

Previous articleOPINION: 7 Best Books to Carry While Traveling by Lindsay Johnson
Next articleBOOK BLAST: THE WHIRLPOOLS OF TIME by Anna Belfrage Plus Giveaway! 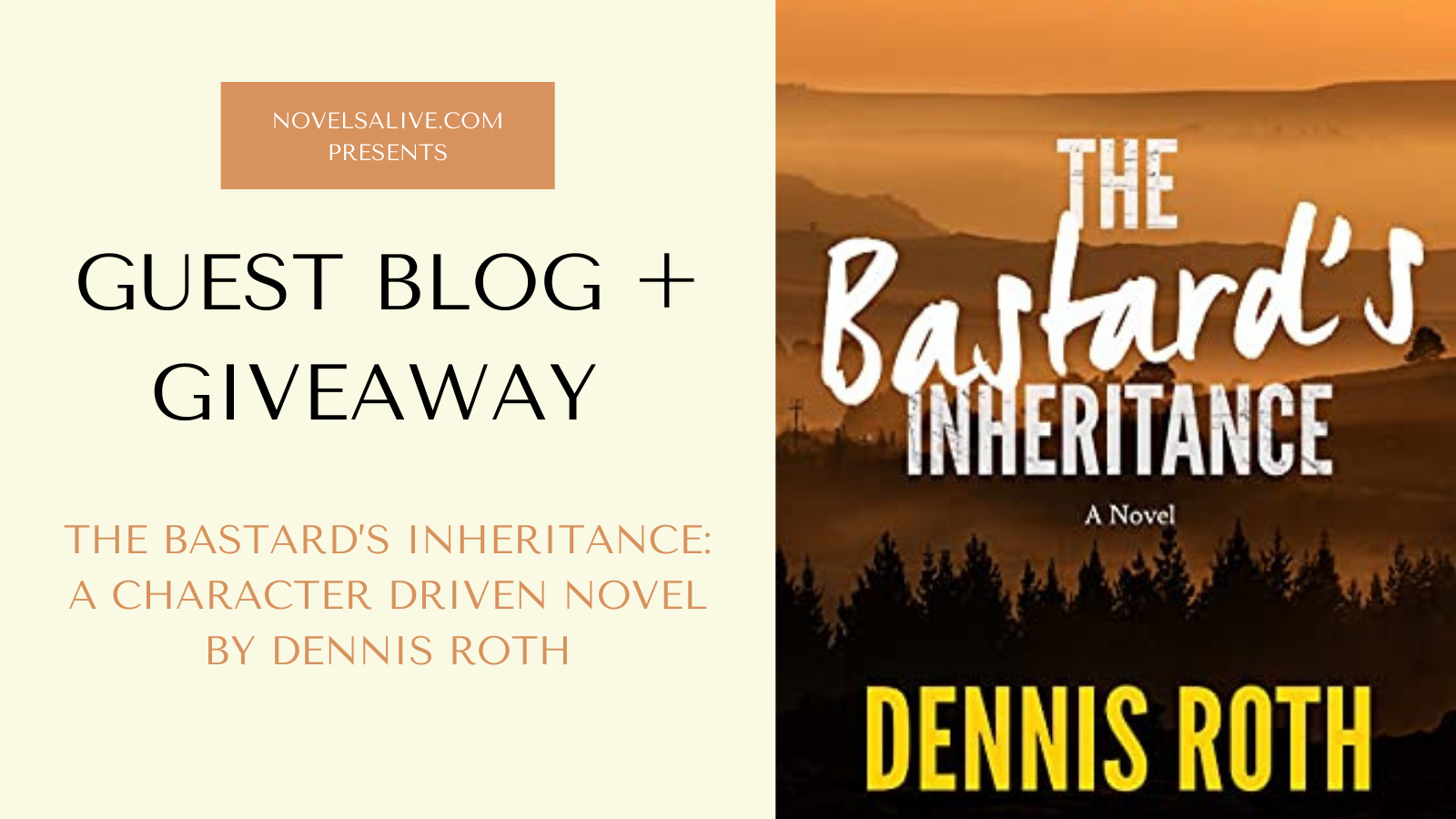 The concept of a character-driven novel or story centers directly on characters rather than starting with plot. Plot is not ignored, rather the emphasis from beginning to end lies with the them. In this case, we authors focus on giving much of the control of the book’s development to our characters’ wants, needs, and feelings. The story arises and develops from the characters not a particular sequence of events. Whatever plot there is, arises organically, also.

For example, let’s say we’re going to write a character-driven story. We put two characters, character A and character B, somewhere: a room, sitting in the park, walking down the street. We eavesdrop on their conversation. A might say to B, “How are you?” “Dinner was horrible last night.” “What did you do with the body?” It could be anything. There are no initial constraints. We follow the characters to investigate why they said what they said. The answer can never be, “Because the author wanted me to.” The question requires a reason for the answer, which leads to another question and then another.

As we listen to them talk and we keep asking questions, we discover bits and pieces of their personalities, their backgrounds, perhaps their view of the future. Essentially, we find out who they are. The plot develops based on these observations and is very much under the control of what they say.

That doesn’t mean the story will be slow-moving or boring. To paraphrase Neil Gaiman, as authors we still must ask, “and then what did they do, Daddy?” We don’t ask the questions to find the missing piece in a mystery, or who marries whom, or what made that frightening sound amidst a dark and spooky rainstorm. Rather, we ask to learn more about the characters. Importantly, because we can never really know our characters perfectly, we are led to ask again and again “what did they do then?” or even “why did they do that?” The plot doesn’t thicken as much as the characters become more interesting.

In my novel, The Bastard’s Inheritance, I wanted conflict between the characters to be front and center. As an approach that guaranteed conflict, I used sibling rivalry. The conflict between brothers and sisters was immediately built into the story. When they told me that they were half-brothers and sisters, the story became more complex and interesting. Their biological relationship heightened the rivalry and added to the opportunities for the growth of the story. I found out their father wanted to keep the illegitimacy a secret from the family. This added even more complexity to the story. Of course, the characters must remain “in character” which allows interesting actions and interactions to arise organically. In essence, as I discover the characters, I discover the story.

Yes, there is a plot in The Bastard’s Inheritance. But it doesn’t drive the story. The half-brothers do fight over their inheritances, though at the end it’s not clear who the winner truly is. But more important for me is the exploration of what kind of people the primary two characters are.

In the book, we discover jealousy, avarice, and deceitfulness as well as generosity, loving kindness, and friendship, narcissism, and depression. This is what shapes the story.

The secondary characters in the story do not simply provide window dressing. The responses to the actions of the main characters contain implications far beyond the story. Questions of right and wrong, ethical and unethical, benevolence, and greed surface through their presence but remain for the reader to answer.

At the end of the day, even though the end paper says, “The End,” as in life, we never completely know someone. We might continue to ask “why did they do that?” The story continues in our minds. It doesn’t end with the finality of the discovery that the butler did it, or the relief to that the noise was a tree limb scraping the side of the house, or the satisfaction of reading the couple marry and live happily ever after.

We are still left with questions like, “Why did the boys’ father do what he did?” “What was he thinking?” “What did he believe?” And such questions hang over the other characters as well.

After we, both writer and reader, have closed the book, we have made some friends. Perhaps they are curious people, intriguing, despicable, loving, admirable. If the characters have been interesting enough, we’ll want to know more about them. And they do live on. 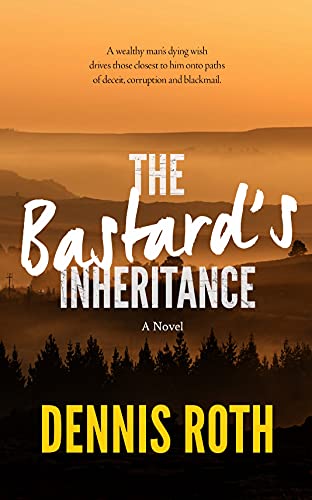 In the 1970s, in western Pennsylvania, a multi-millionaire’s singularly selfish decision destines his two sons, half-brothers, to wage war in a winner-take-all battle for the family legacy.

The father, wealthy Henry Molnar, shares a secret with his lawyer and best friend, Murray Applebaum; a secret so damaging and powerful that neither has ever dared to reveal its truth. But the final whispered directives of Molnar set in motion a series of events with far-reaching consequences for his family. With his last breath, Molnar instructs Applebaum to disclose the existence of his illegitimate son, Phillipe-André Desforges. The surprise revelation at Molnar’s funeral thrusts the family members onto paths of deception, corruption, and blackmail.

Revenge infused hatred and contempt for his father and his empire permeate Phillipe-André’s daily thoughts. It compels him to employ an arsenal of devious strategies to wrest control of Molnar Enterprises from his benevolent brother, Jason Molnar. With such high stakes, Jason as the bequeathed chairman of the board must garner the psychological strength to withstand his half-brother’s siege. The consequences of failure will deliver to Phillipe-André what he has long believed to be rightfully his. 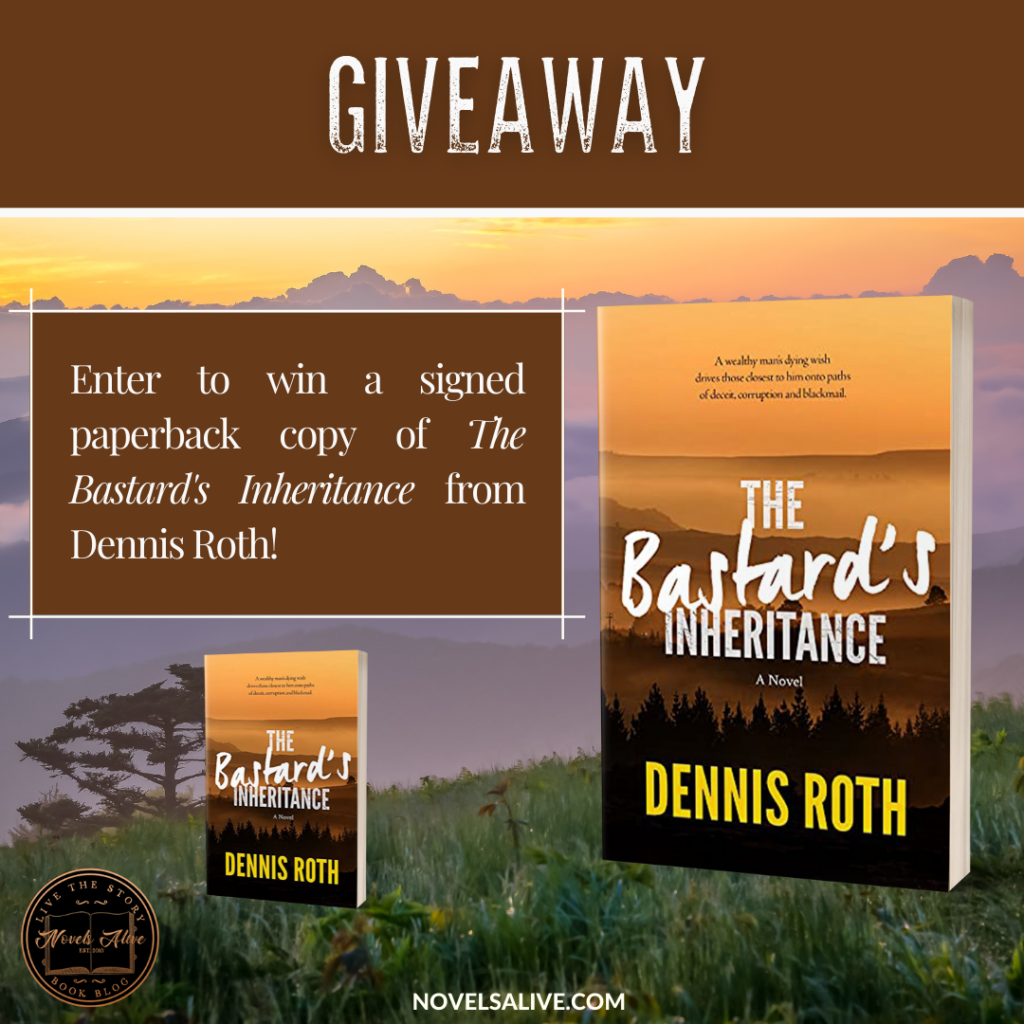 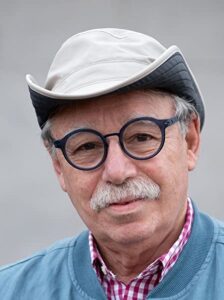 Dennis Roth is always stretching his boundaries and does the same for his readers and fictional characters. This has led to a remarkable life. When he has become an expert in a field, he moves directly off to another. After earning an engineering degree from MIT, he founded what has become one of the largest structural engineering firms on the east coast of the US. He retired young and lived with his wife on-board their 35-foot sailboat, Second Wind, in the Caribbean. After enjoying a thousand magnificent sunsets and then burying the anchor, he moved to watercolor painting. His innate skills blossomed into beautiful, nationally shown, and awarded landscapes and seascapes that he exhibited and sold in his art gallery, Studio Phase 3. Since 2012 he has dedicated his creative energies to writing poems and stories which in addition to being published in journals and magazines, have been collected in his two chapbooks, Reflections & Other Musings and Harry & Other Stories. And now he has created The Bastard’s Trilogy anchored by the new novel The Bastard’s Inheritance.

Dennis Roth is a teacher at heart. Since high school, he has shared his knowledge, serving as a tutor of students in math and science, as an instructor and lecturer to architectural and engineering students at Carnegie Mellon University and the University of Pittsburgh, and as a teacher of his unique watercolor techniques to budding watercolorists.

On the side, Dennis Roth has learned Spanish and Italian to help him understand more fully the cultures of Mexico and Italy during his months-long visits to those countries.

These broad and extensive experiences provide Dennis Roth the material to weave his imaginative and thought-provoking writing, writing that is about life and living, its joys and sorrows, its thrills and disappointments. Whether in his poems inspired by his struggle with depression or in his stories of love and loss, we find he writes about reality with depth and conviction that can only be achieved by someone of his vast experience. He inspires us as he has his hundreds of students to use our minds to improve our souls.

Be sure to read The Bastard’s Inheritance available for pre-order starting July 18, 2021, with a release date of September 18, 2021. Look for the remainder of The Bastard’s Trilogy in 2022. And don’t forget to pick up your copy of Reflections and Harry to receive a discount on future purchases from Dennis Roth.

Meet him between the covers of his books. His wife, and children, and grandchildren, and even his dog, Cuatro, thank you. Dennis thanks you, too.