Previous articleBOOK BLAST: IN THE MIDDLE by Carin Fahr Shulusky Plus Giveaway!
Next article5-STAR REVIEW: AVAILABLE: A VERY HONEST ACCOUNT OF LIFE AFTER DIVORCE by Laura Friedman Williams

By Dayna Linton
3 May 2022
Biography/MemoirChristianGiveawaySpotlight

Have you ever been lost—really lost?

Danny and Jackie answer this question in Marines Don’t Cry with stories of death to life, deep sorrow to joy, darkness to light, and freedom in Christ.

Danny recounts his early life in Spanish Harlem and describes conversion from a life of drugs and “the fast lane” to one consumed with knowing and serving God. This makes his journey of walking more than 52 million steps on six continents for children and world peace such an incredible story.

Marines Don’t Cry is about the transformational power of God’s love: how Danny found his calling and is delivering the message of Christ at all costs. 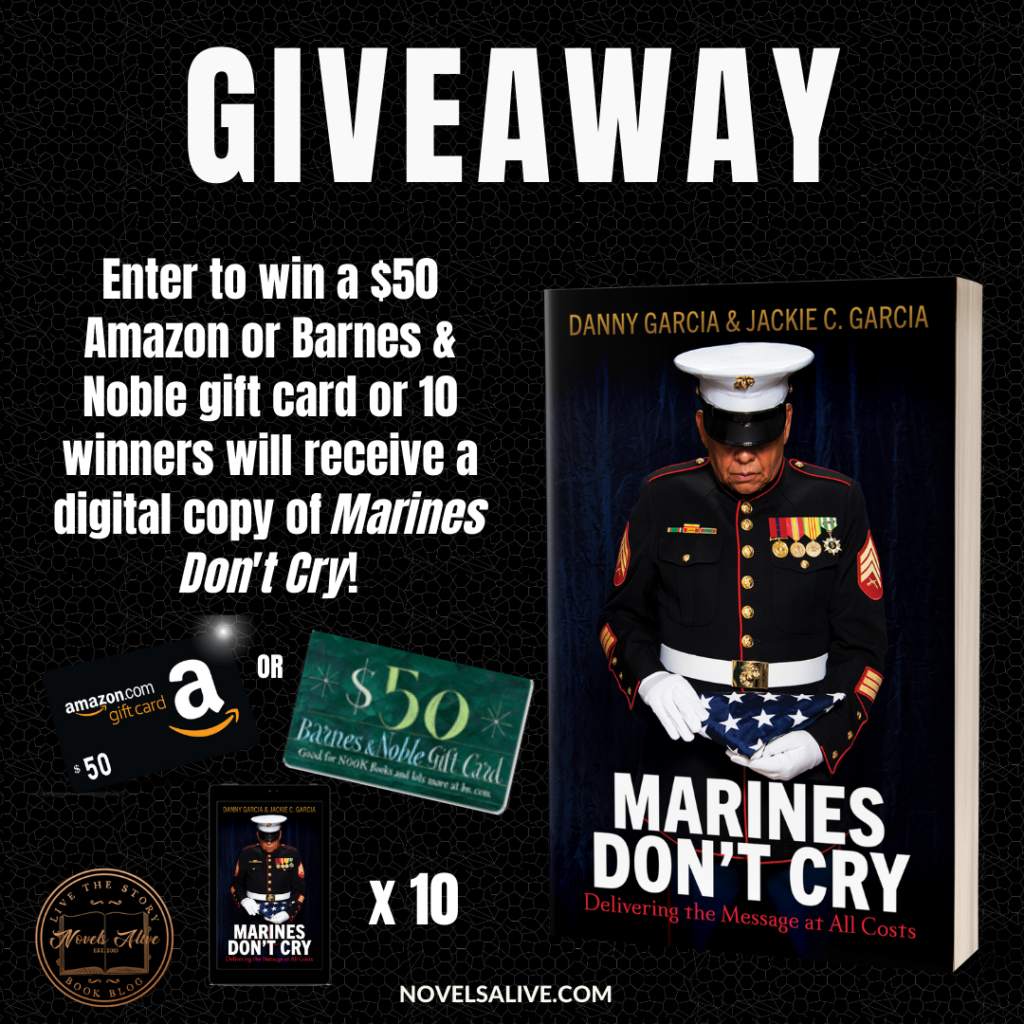 Ten randomly chosen winners via Rafflecopter will win a free copy of the eBook. 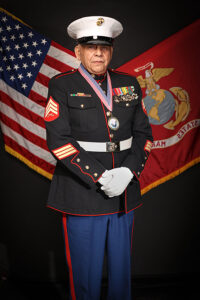 Danny Garcia, The Walking Man, was born and raised in New York’s Spanish Harlem. He served as a United States Marine, law enforcement officer, and ordained minister. Since 1996, he has prayed and walked over 52,000, 000 steps on six continents for children and world peace. During his journeys, Garcia met with dignitaries all over the world, ministering to the famous and to the poorest of the poor. Danny made presentations to Kings/royals, Presidents, and other world leaders, to include four Presidents of the USA, several Prime Ministers of other countries, the Pope, Mother Teresa, Ambassadors and various eminent personalities and multilateral organizations. Garcia began his journey as a personal commitment to peace and children and continued walking and raising funds for multiple charitable organizations.

Danny is married to the former Jacqueline Charsagua of El Paso, TX, and they work side by side to share the gospel of Jesus Christ. For more information, visit Danny’s website,  www.globalwalk.cc. 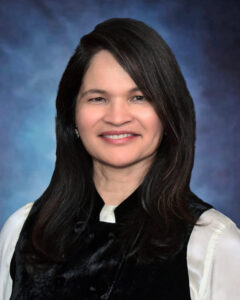 Jackie Charsagua Garcia is married to Daniel Garcia.  She graduated from the United States Air Force Academy in Colorado Springs, CO, in 1985 and was commissioned as a Second Lieutenant in the United States Air Force. Jackie holds a Bachelor of Science in Management and a Master of Science in Human Resources Management. While in the US Air Force, Jackie specialized in communications, acquisition, systems engineering, and information technology.

After a rewarding and fulfilling Air Force career, she retired as a Lieutenant Colonel in the summer of 2006, having spent more than 21 years on active duty.  Since 2006, she has supported and advised on all aspects of her husband’s walks and charitable initiatives within the United States and abroad.  She joined Danny during his Africa Walk in 2007 and ministered in South Africa, Uganda, Ethiopia, and Southern Sudan. During this time, her faith and reliance on God grew tremendously under the mentorship of Danny Garcia. The Global Walk experience gave Jackie an opportunity to serve God abroad, and her vision is to spread the hope, love, and the grace of Jesus Christ through her writing. She is a native of El Paso, TX, mother of one amazing daughter, and a breast cancer survivor.