GUEST BLOG: The Power of Perspective in LOSER BABY by Jason Bovberg Plus Giveaway!

Previous articleINTERVIEW: Aussie Author Alan Whelan Plus Giveaway!
Next articleGUEST BLOG: Writing Myself Into and Out of a Corner by Elizabeth Pantley Plus Giveaway! 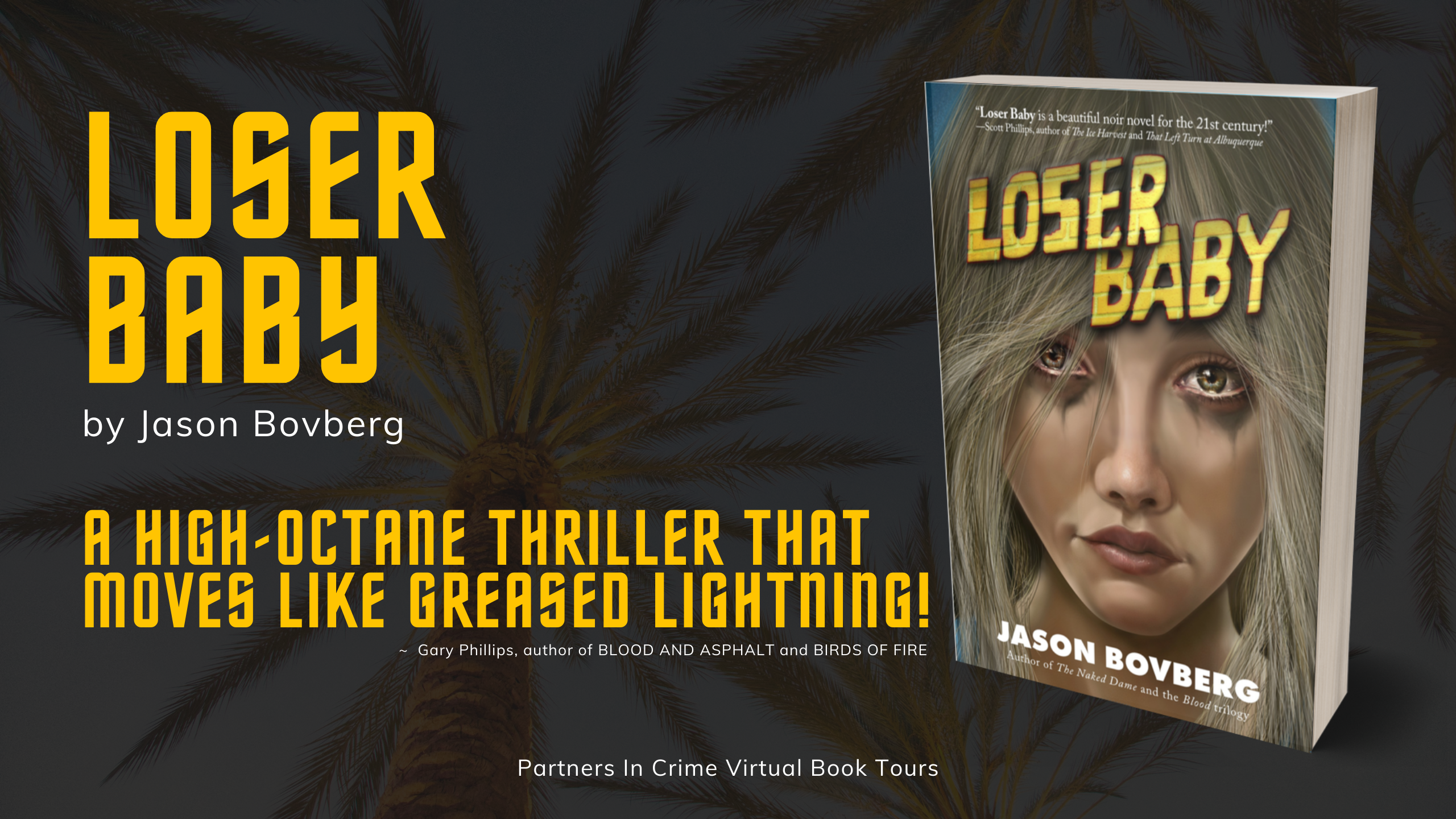 You’re reading the latest bestseller or a book in your favorite genre, and you’re happily following along with the narrative—say, a teen boy facing an apocalyptic event, or a Jesuit priest puzzling through a sci-fi conundrum, or, as in my crime thriller LOSER BABY, a young woman enduring the worst Saturday of her friggin’ life. Suddenly, as the next chapter begins, the perspective has shifted to that of another character, and you’re seeing the story continue through another person’s eyes.

I consider this kind of perspective shift—from one character’s point of view to another—to be an invaluable tool in fiction, and yet it’s often misunderstood. For one thing, a lot of authors seem to get its usage and power wrong, and for another thing … well, a lot of readers don’t seem to like perspective switches. They prefer to stick with one character—a straight-ahead narrative told from one, solid perspective, whether a linear first-person narration or a one-point-to-the-next third-person limited omniscience (or even, as with my first paragraph of this guest post, second-person narration!) My wife is among those who prefer a single narrator, and I don’t fault her for it.

But it’s my contention that readers don’t like perspective switching because so many authors get it wrong! I read a lot of books, and I see a lot of third-person limited omniscient narration, and although it’s undoubtedly the most effective method for multi-character genre novels, it’s often utilized poorly. And it’s high time someone spoke up about it!

(Don’t even get me started about classic third-person omniscience, which is just a ghastly fly-on-the-wall free-for-all. Well, I jest. Mostly. But for the purposes of thriller writing, I’d go so far as to say third-person omniscient—which drifts above characters’ heads, occasionally dipping in without going too far—isn’t a good fit at all. Omniscience is fantastic for the authorial perspective, the god-like narrator commentating upon his creations willy-nilly, and it’s not the best methodology for connecting with characters, which I believe is essential in crime fiction. Personally, I like my characters to be complex, flawed, opinionated … and classic omniscience gets in the way of expressing that.)

So, third-person limited omniscience is the way to go, and it’s what you see the most these days in genre fiction. Problem is, in today’s crime novels, there’s an awful lot of head-hopping going on. What? Head-hopping? Yeah, head-hopping. That’s when you’re toolin’ along through pages and pages of one character’s perspective and then suddenly—clank!—in the middle of a chapter or even in the middle of a paragraph, you’re privy to another person’s thoughts. You’ve been thrown out of your protagonist’s head and into another—say, to learn something that only that character knows, or to surprise you with the sudden presence of someone new in the scene.

But it’s not playing fair with the reader.

How about an example? Let’s say you’re reading a scene in which a man (let’s call him Roger) is about to be brutally beaten with a baseball bat by Udo the goon. (Hey, I dig what I dig.) Roger has heard stories about Udo, but this is the first time he’s seen the mythical thug in the flesh. As Roger writhes like a bug on the ground, he ponders the choices he’s made to get him to this point, and he thinks about his own helplessness in the face of the violence about to be visited upon his flesh, and maybe he spares a thought to his poor kids at home, and even his woman who’s pretty much fed up with him, but he loves her anyway, with all his heart, and he silently vows to change his ways and, if he comes out of this alive, do everything in his power to win her back. Roger winces in anticipation of the first blow about to come from Udo the thug—and then abruptly you get this line: Udo rears back with the bat, pondering the assignment and wondering if the payment will come in cash or blow.

The author has just head-hopped, and the result is that readers are disoriented. Until that last line, we’ve been firmly anchored inside Roger’s brain, following his thought process, engaging with him emotionally—and abruptly we’re yanked out of his grey matter and into Udo’s thick skull. No, it won’t do.

The essential thing about perspective shifting is consistency. An author needs to establish certain points of view concretely—say, from chapter to chapter, with no head-hopping allowed within those constraints. Sometimes, it’s OK to wander from head to head within a chapter, but it has to be done carefully and logically. Personally, I prefer chapter to chapter, and that’s what I went with in LOSER BABY.

I’ve always been fascinated by multiple perspectives. It’s something I’ve been exploring in my writing for a long time but particularly throughout my BLOOD horror trilogy. For this latest book, switching from horror to crime fiction, I really wanted to do something fun.

One of my driving goals with LOSER BABY was to explore a single event—over the course of a single day—from the points of view of a dozen characters. In doing so, I wanted to give all those characters back stories, to flesh them out, and to show how their idiosyncratic histories have affected key plot events from moment to moment, and ultimately impacted the resolution of the story. And so writing LOSER BABY became a delicate balancing act: maintaining the breakneck pace of a crime thriller while providing individualized sketches of its major and minor players. Rather than disorienting, I wanted the perspective switching to be strategic, seamless, and even thrilling in and of itself.

Done effectively (and I hope I’ve done so), third-person limited omniscience can enhance suspense and—also ideal for thrillers—turn the story into something of a puzzle box. It can play with not only point of view but also time and place. It can toy with the very nature of the space time continuum!

Most of all, with a consistent sense of perspective—with controlled points of view—an author can encourage empathy in a reader. And maybe empathy is something we need a lot more of these days. 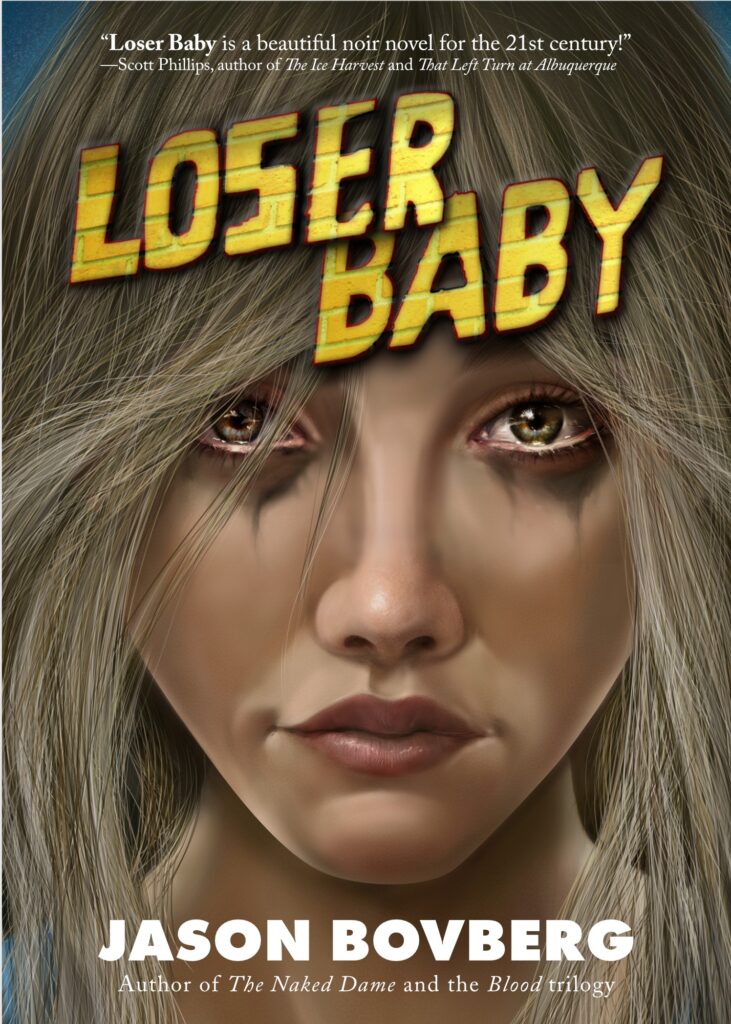 It’s a humid summer morning in Santa Ana, California, and her twin brother Jordan abruptly finds himself on a desperate search—fearing the worst. The party last night got way out of hand, and his brain is still chemically fried. But this is Jasmine’s story. She’s awakened far from home to her own mystery: She’s unwittingly stolen something from the most dangerous person she’s ever known. Tommy Strafe. And now Tommy is raging through the sunbaked streets, gathering illicit forces to seek brutal retribution. But all Jasmine really wants is to get out of Orange County, escape her past, and find a measure of redemption.

Loser Baby is a propulsive blast through the streets of the SoCal melting pot, a breakneck dark-comic neo-noir populated by misfits and malefactors, criminals and innocents, down-and-outers and spun-out dreamers. Prepare yourself for an adrenaline rush of rat-a-tat he-said-she-said narrative twists—all in service of a giddily slam-bang shock ending.

“Jason Bovberg’s Loser Baby is a beautiful noir novel for the 21st century! It’s a wild, frantic ride through shady Southern California, a desperate drug-fueled search for a girl who only wants to escape a sordid life.”
—Scott Phillips, author of THE ICE HARVEST and THAT LEFT TURN AT ALBUQUERQUE

“Loser Baby is the real deal for hardcore crime fiction fans. This one grinds with the engine over the red line all the way. Hang on tight!”
—Eric Beetner, author of ALL THE WAY DOWN

“Loser Baby is one cool book! Bovberg writes characters who get into your head and under your skin. You won’t shake this one easily: It’ll stay with you long after you read it!”
—Terrill Lee Lankford, author of SHOOTERS and ANGRY MOON

“Jason Bovberg’s Loser Baby is a high-octane thriller that moves like greased lightning! The beauty of this book is its motley collection of despicable characters whom you come to love by the end. Loser Baby is Bovberg’s greatest book and one of the best of the year.
—Gary Phillips, author of BLOOD AND ASPHALT and BIRDS OF FIRE 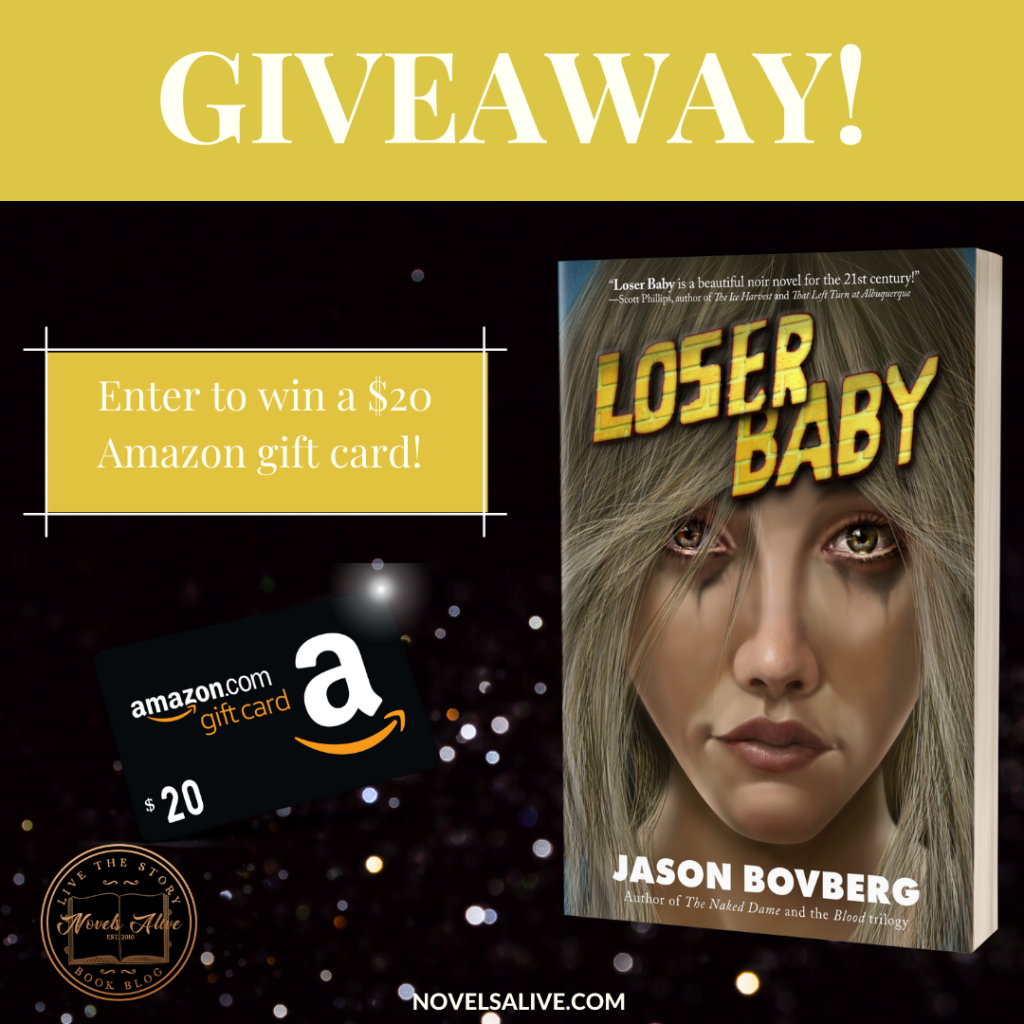 This is a Rafflecopter giveaway hosted by Partners in Crime Virtual Book Tours for Jason Bovberg. There will be 1 winner of one (1) Amazon.com Gift Card (U.S. ONLY). The giveaway runs August 1st through September 2, 2021. Void where prohibited. 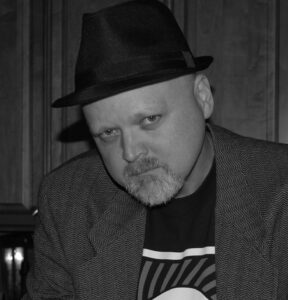 He lives in Fort Collins, Colorado, with his wife Barb, his daughters Harper and Sophie, and his canines Rocky and Rango. You can find him online at www.jasonbovberg.com.