Previous articleINTERVIEW: Max Grayson (TO WIN HER HEART) and Giveaway
Next articleBLOG POST: A TASTE OF PARADISE CURSED by Chris Rogers

Recently Chris sent me some info on her latest book, PARADISE CURSED. It’s a departure for her and my first thoughts when reading it were:

This was Chris’ response….

“Why” is a dastardly little word. But in this case, it’s a good one.

In a moment of wild inspiration, I created a 300-year-old pirate cursed with immortality for doing a good deed. Cool. That’s different. But it presents problems.

A protagonist of either gender who falls between the ages of 25 and 40 can come across as too boringly normal. To make the hero/ine interesting, we have to toss in a disadvantage or two and a few eccentricities. Beyond that, our champion, in my opinion, must have three essential qualities: strength, bravery and compassion.

Bravery is being afraid and going ahead anyway. Captain Cord McKinsey is strong and brave, but since he can’t die, why should he fear anything? Without fear, where’s the bravery?

And what the heck does anyone do day after day for 300 years sailing the same waters in the same ship? That’s where compassion comes in. He can spend his time helping others. Not only will meddling in the lives of his passengers and the occasional crewmember provide interesting diversions from the sameness in his life, any “paranormal/supernatural” problem he explores might offer information toward the possibility of breaking his own curse.

I believe it’s the array of passengers’ troubles along with personal difficulties Cord faces that, in the long run, will keep me interested in writing sequels. Since he can spend very little time ashore, and seeking solutions will force him to leave the ship at various points, he will be putting himself at risk. Although he can’t die, more than a few hours away from the Sarah Jane renders him weak and sick to the point of wishing he were dead. That’s a drawback to serious investigation.

From a writer’s standpoint, the Caribbean Sea bumping up against the Gulf of Mexico offers a number of intriguing places and cultures to explore: Cuba, Jamaica and other islands, plus the Gulf Coast, the entire eastern coast of Mexico and Central America, and the upper coast of South America.  The assortment of people who come to the Sarah Jane for each cruise provide additional intrigue. They also bring stories of faraway places, and those stories taunt Cord. He would like to travel to the snow-covered mountains of Colorado, the towering skyscrapers of New York City or even the cornfields of Kansas.

And while sex with female passengers is always a possibility, falling in love is not a good idea. For Cord, it can only lead to heartache, as he outlives everyone, eventually.

Fortunately,  our hero enjoys the ever-changing turquoise waters that surround him, and he loves the Sarah Jane, which has been his constant companion for these many years. Losing his ship is the second-worst thing that could happen to Captain Cord McKinsey. Being stranded ashore, alone and with no possible way of getting back to the ship, he might dissolve into what he describes as “an eternal puddle of deranged mud.”

That is the worst thing that could happen. It’s what he fears most.

Intrigued yet? Be sure and check back tomorrow for an excerpt….:) 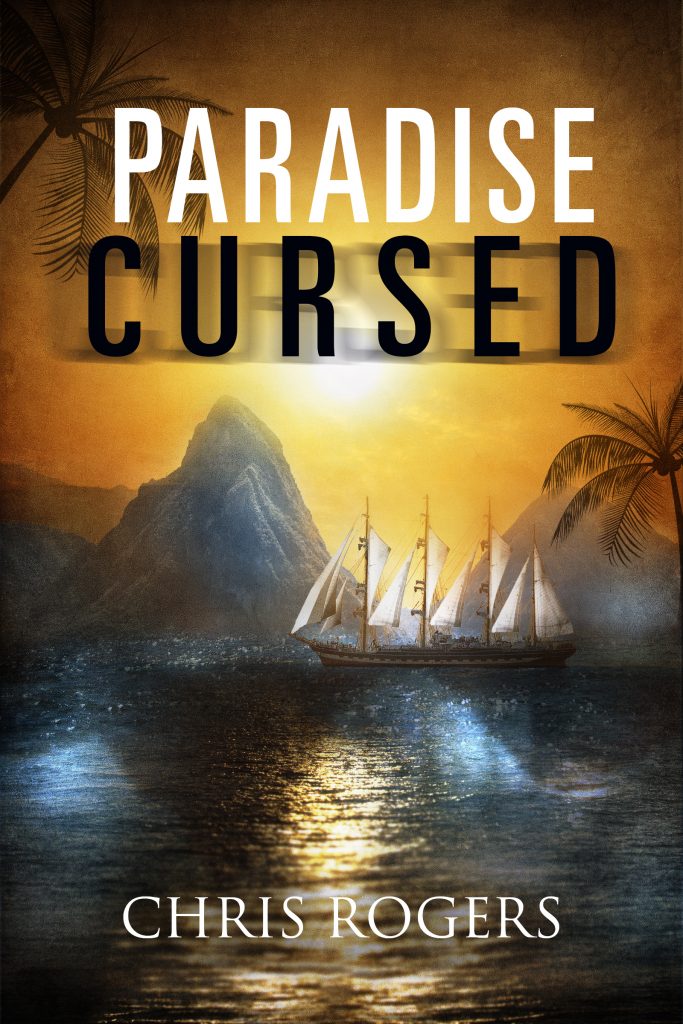 A visual and literary creative, Chris Rogers began her artistic journey as a graphic designer. Corporate and commercial promotions occupied most of her energy during the early years, until Rogers’ adventurous spirit eventually led her to the thrill of applying paint to canvas.

After moving to the Texas countryside, she directed her skills toward contemporary abstraction and traditional portraiture. Her work includes an array of water-media and mixed-media art, including representational pieces, but primarily focusing on color-saturated nonrepresentational imagery. Her paintings now reside in both private and corporate collections. They can be seen in galleries and venues throughout Central Texas.