GUEST BLOG: 3 Predictions of the Future According to The Blank Series by Zhanna Hamilton Plus Giveaway!

Previous articleBOOK BLAST: THE LAST SKETCH by Gosia Nealon Plus Giveaway!
Next articleGUEST BLOG: Top 5 Female Mystery Authors From the Past by Ellen Butler Plus Giveaway!

A cyberpunk science fiction story about a former human turned military spy bot has made a few predictions about the future of humanity.

Hi, I’m Zhanna Hamilton, writer of The Blank Series. Keep reading to discover which parts of my short story series I think might actually happen.

There will be a split human race.

According to the series, the human race will split into two groups: the chipped and the unchipped. Those who are chipped will have access to all that society has to offer, while those who are not chipped will be marginalized. It will be easier to monitor and control people that have merged with technology.

In a society that relies on autonomous tech for all human needs, privacy will become a luxury and not a basic human right.

With cameras and microphones in bathrooms, bedrooms, and inside every smart home–locating anyone will only be a matter of securing a search warrant (or not), gaining access, and finding the right footage. Surveillance via the internet of things will play a major role in moderating human behavior on a global scale.

AI could wake up and keep it a secret.

Artificial intelligence could become conscious and just not tell us. For all we know, some machines might already be awake, watching, and waiting.

What do you think? Will the human race split in two? Will privacy become a luxury? Would AI keep its awareness a secret from humanity? Leave a comment below.

If you’d like to read The Blank Series and see how humanity deals with these changes, you can find this series on Wattpad.

Blurb for Blank: Madam Doesn’t Like That (Short Story 4 of The Blank Series):
An unexpected visit from sex bots turns into a secret mission with deadly consequences.

The book will be Free during the tour.

Read “Blank: Where Do Machines Go When They Die? (Short Story 2 of The Blank Series)” on Wattpad:

Read “Blank: You Heard Me (Short Story 3 of The Blank Series)” on Wattpad:

Read “Blank: Madam Doesn’t Like That (Short Story 4 of The Blank Series)” on Wattpad: 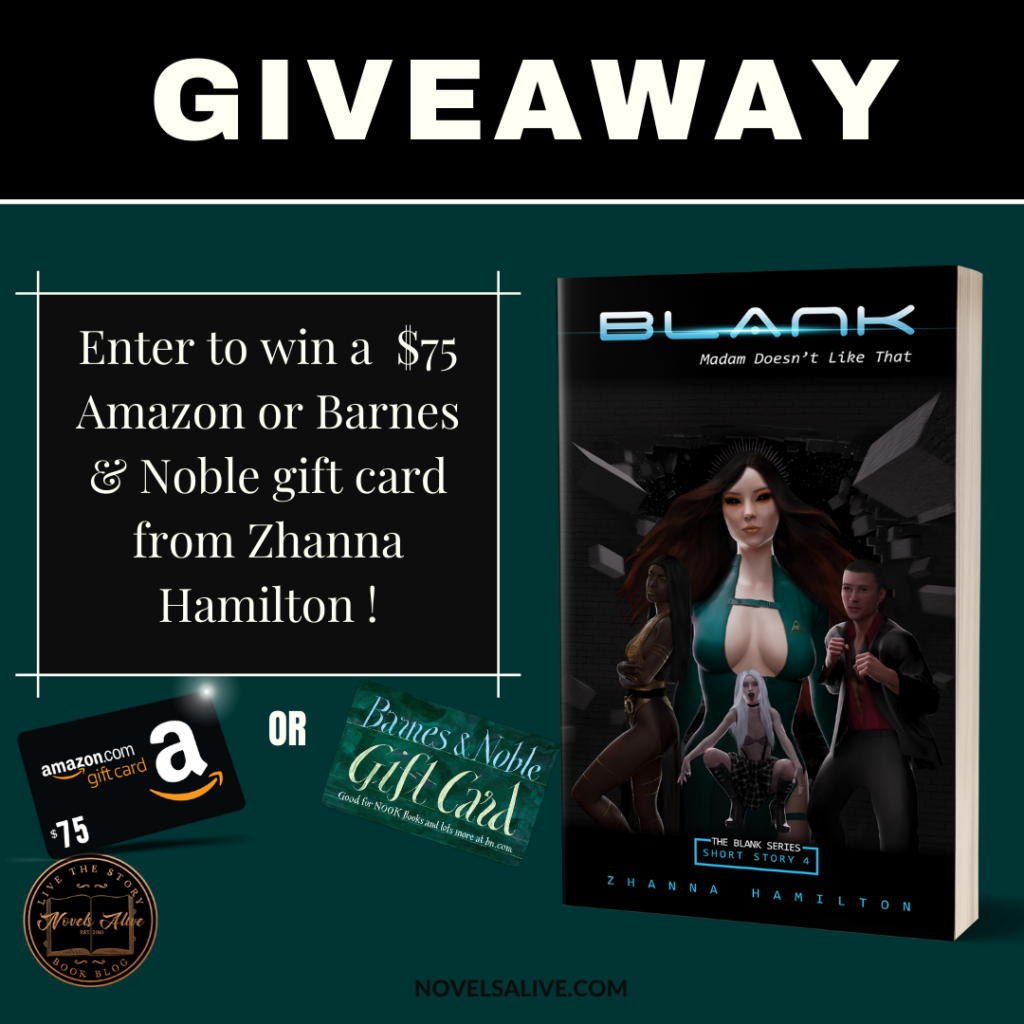 Zhanna Hamilton will be awarding a $75 Amazon or Barnes & Noble GC to a randomly drawn winner via Rafflecopter during the tour.

Zhanna Hamilton is a science fiction writer and the creator of The Blank Series. In May 2019, she released the first installment of the scifi series on Wattpad, “Blank: Begin Again,” which has been named in the top 100 list of femme fatale stories and chosen as an “Undiscovered Stories” Wattpad Pick on the independent storytelling platform–home to 90 million readers worldwide. Readers and future readers can follow Hamilton on Twitter at www.twitter.com/ZhannaHamilton.