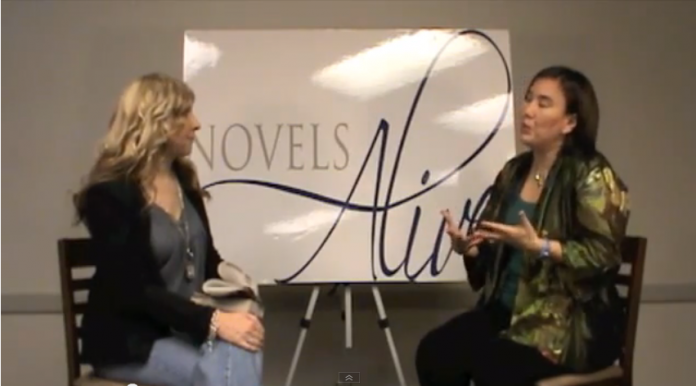 USA Today Bestselling Author Jade Lee takes a delicious journey into Regency England and delves deep into the secrets desires of Scher Martin, who is not in any way your ordinary historical heroine. But then if you are familiar with Jade’s fabulous stories, then you know she never writes an ordinary heroine.

[quote]”Scher, the daughter of an actress, manages of troupe of actors and actresses in London. She has always been on the outskirts of society and secretly yearns for a respectability and life within the ton that could never be hers.

Resigned to her fate, Scher considers being the mistress of the darkly sensual Viscount Blackstone, a man who makes her body burn, a man with secrets and pain that Scher can heal, a man she wants on every level. But when the Viscount’s young cousin offers Scher a chance at her dream through marriage, Scher and the two men in her life are thrusts on a deeply emotional journey as she must choose between her heart and her dreams.”[/quote]

Jade is a woman of passion and loves writing romance. She is the daughter of a Shanghai native and a “staunch Indiana Hoosier,” and had to become the heroine of her own life when she struggled to find her own identity somewhere between America and China. Her search took her throughout Asian and the United States. In the end, the answer was found not only at home, but in her own head. This author of more than thirty books has some extremely interesting facts on her website.

Did you know that “According to family legend:”:

SPOTLIGHT: A GOVERNESS SHOULD NEVER…DENY A DUKE by Emily Windsor Plus Giveaway!