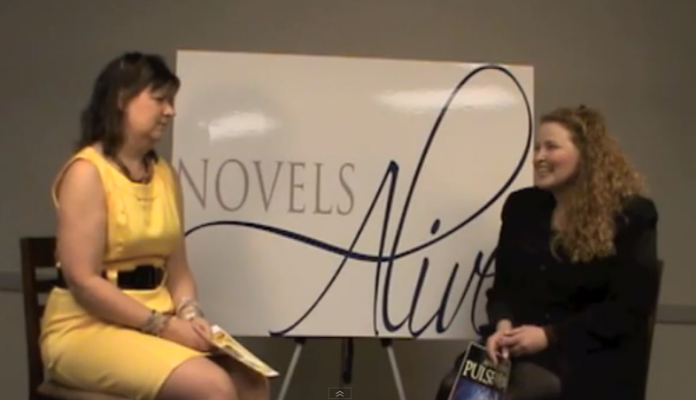 In her newest release A GIFT FROM HOME, the fourth book in her Irish Western Series, C. H. starts out with a knockout punch to her errant hero, John Reilly that will have you already loving her story and laughing as her heroine, Jessi Fahy, lands herself in a pickle. One that is only the start of the sparks that will fly and the trouble that will come.

“The temporarily disbanded Committee for the Betterment of Emerson is at it again! This time they accuse Jessi Fahy of setting fire to Peterson’s Stable, injuring Mr. Peterson, brawling in public and ruining the good name of the Flaherty’s foreman, John Reilly.

Jessi Fahy’s heart broke when her childhood hero, John Reilly, left County Cork, Ireland for America. Five and a half years later when he doesn’t come home as promised, Jessi and Mrs. Reilly put their heads together to hatch a plan that includes John’s favorite recipes, the Reilly family Bible and Mrs. Reilly’s secret…her middle son’s chin is as fragile as her best china cake plate!

John Reilly is expecting a package from home, something light as a feather and twice as sweet. Little does he realize the package isn’t the baked goods he’s been dreaming of (never thinking they’d be spoiled from all those weeks on the boat and traveling cross country) but a grownup version of the thirteen-year-old girl who used to follow him everywhere.

This great Irish Western series began with THE MARSHAL’S DESTINY and C.H. warns her readers ahead of time that,

[quote]”Fate, destiny and love at first sight will always play a large part in my stories because they played a major role in my life. When I saw my husband for the first time, I knew he was the man I was going to spend the rest of my life with.”[/quote]

So in THE MARSHAL’S DESTINY, both fate and love play a major roll to the danger and drama that unfolds on the page.

Their paths cross in the middle of enemy territory, where Marshal Turner comes to the aid when Maggie’s stagecoach is attacked by hostile Indians. One look at the handsome marshal, and Maggie swears her destiny’s calling to her from the depths of his brilliant green eyes. One look at the fiery-haired woman with eyes the color of cornflowers and Joshua wonders if he’s finally found the woman who will teach him how to love.”

In THE RANCHER’S HEART, C.H. delves deeper in into matters of the heart with the wrenching tale of an abused woman.

“James Ryan’s peaceful existence turns upside down the night he catches young Mick O’Toole trying to rustle his cattle. Running from a dark past of his own, Ryan agrees to take the boy and his ailing widowed mother in.

Widowed Bridget O’Toole’s life finally changes for the better the night the darkly handsome rancher opens his home and his heart to Bridget and Mick. But her past is just a day’s ride away from town, on a collision course with Ryan’s when her husband returns from the dead, blazing a path of destruction straight toward Bridget, Mick and the new life they’ve made in Emerson, Colorado.”

In book three of the series, PEARL’S REDEMPTION, C.H. tells the action packed tale of Pearl and Davidson. And since C.H. loves to include bits and pieces of her ancestors in all of her books. Novels Alive TV invites you to check out her fascinating and fun genealogy facts on her website at As for which ancestor of hers Pearl is fashioned after, Novels Alive TV is eager to learn. You have to love a woman who knows how to handle a gun right.

[quote]”Pearl Lloyd would do anything to keep her ranch and protect her girls. When Davidson Smythe shows up on her doorstep claiming to have bought her ranch, she shoots first and asks questions second.

Davidson Smythe wants to start over, leaving Boston and his brother’s suspicious death behind. Sight unseen, he spends his half of the inheritance on a ranch out in Colorado, only to find the ranch occupied by a battered angel who can shoot like the devil.” [/quote]

So delve into the Old West with C.H. Admirand and relive a truly unique American Experience. See all of C.H.’s other stories from Regency to Medieval to Contemporary and fall in love again with the magic of the past. And don’t forget to check out her upcoming mass market release, THE SECRET LIFE OF COWBOYS: TYLER, the first book in the Men of Circle G Series.