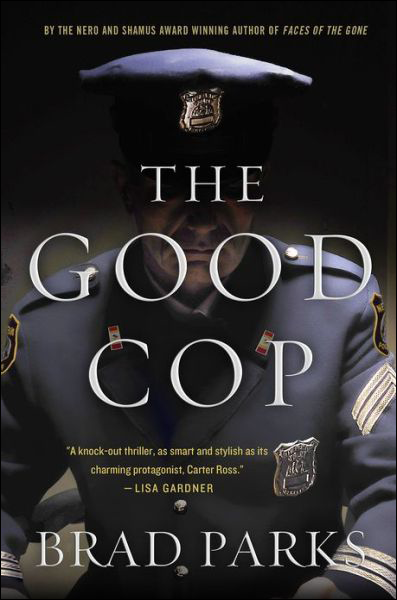 In the fourth in Brad Parks’ award-winning series, investigative journalist Carter Ross must uncover the truth behind a beloved cop’s alleged suicide.

As long as Newark Eagle-Examiner reporter Carter Ross turns in his stories on deadline, no one bats an eye if he doesn’t wander into the newsroom until 10 or 11 in the morning. So it’s an unpleasant surprise when he’s awakened at 8:38 by a phone call from his boss, telling him a local policeman was killed and Carter will be covering the story, starting immediately. Shaking himself awake, Carter heads off to interview the cop’s widow before other media outlets hear the news. He’s baffled when, hours later, there are still no other reporters at the widow’s house. And then he gets another call from his boss: the story’s off, the cop committed suicide.

But Carter can’t understand why a man with a job he loved, a beautiful wife, and plans to take his adorable children to Disney World would suddenly kill himself. And when his widow makes a public statement to the same effect and Carter’s calls to the police and the morgue are repeatedly blocked, it’s clear someone knows more than he’s saying about the cop’s death. The question is, who? And what is he trying to hide? With his usual single-minded devotion to a good story—and to the memory of a Newark policeman—Carter will do whatever it takes to uncover the truth.