Today, we welcome Action/Adventure author Edward Hochsmann to Novels Alive to find out a little more about this intrepid adventurer.

What group did you hang out with in high school?

The brainiacs, I’m afraid. I’m much cooler now though!

What are you passionate about these days?

If you had to do your journey to getting published all over again, what would you do differently?

I would do more research into marketing and have a better strategy for investing in advertising. I spent way too much money on social media ads that were useless.

Ebook or print? And why?

If you have to choose, choose E-book, because that’s where the market for indie writers is. However, there is no reason not to do print on Amazon (free setup) or Ingramspark ($49 setup, free if you are with the Alliance of Independent Authors) if you don’t mind the effort of setting the book in the right format and style.

What is your favorite scene in this book?

Bravely and Faithfully—Kauai’s rescue of the DIA team and escape from Ile Ste. Michel 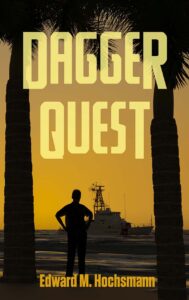 An aging Coast Guard patrol boat is all that stands between the world and nuclear annihilation!

The world is on the brink of war, with NATO mobilizing to counter a Russian threat to Poland and Lithuania and leaders openly discussing war options. In the midst of the crisis, a Russian bomber collides with a U.S. fighter off Florida causing the accidental launch of a nuclear-tipped hypersonic missile.

A Coast Guard cutter on a routine patrol finds a drug-laden sailboat smashed and adrift north of the Florida Keys. The boat’s damage is from a near miss by the Russian missile which has not harmlessly flown deep into the Gulf of Mexico as initially thought, but crashed somewhere in the Keys.

The Coast Guard crew is in a race against a vicious and powerful international crime syndicate to find and recover the Russian nuke before its discovery can trigger a nuclear war.

Exploring the friendship and teamwork of a typical ship’s crew, in the face of unexpected and hazardous challenges, Dagger Quest provides a fast-paced, taut story – excellent fare for both sea adventure and military thriller fans. 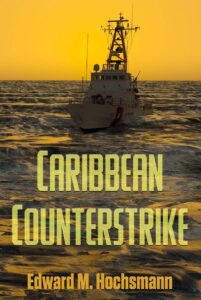 Mission: Five days to destroy the enemy in the Caribbean before a catastrophic weapon is unleashed—but all he can think about is the woman he left behind…

The deadliest nerve gas ever made has fallen into the hands of a murderous Caribbean drug cult. The criminal 252 Syndicate has the gas in a secret lab on an oil rig servicing ship, but the ship has been taken for ransom by the Salinas Cartel in a violent drug war. The U.S. can’t use airstrikes and calls on Coast Guard Officer Ben Wyporek to lead his crew through a risky covert raid on the Salinas cult’s fortified island base. He accepts the assignment, but remembers a previous lethal encounter with the 252s and struggles to say goodbye to the love of his life, Victoria Carpenter.

Ben and his crew aboard the stealth-equipped Cutter Kauai must sneak into the harbor and tow the ship away. But if Kauai is detected and defeated, death by gas or at the hands of vicious adversaries will follow. Now, every decision Ben makes will determine the fate of his entire crew—and the chances of reuniting with Victoria.

This second book of the series builds on the friendships and teamwork of Kauai’s crew, this time in the face of several challenging missions and one potentially lethal encounter. It is a worthy sequel to Dagger Quest that sea adventure and military thriller fans will enjoy. 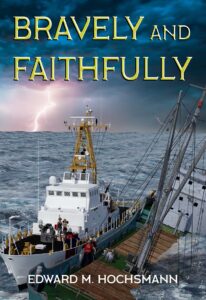 Young Coast Guard Lieutenant Haley Reardon has not even gotten her feet on the ground on her new patrol boat command when she finds herself and her crew supporting a dangerous covert mission. They must insert and retrieve a Defense Intelligence Agency operations team trying to seize a transnational criminal syndicate boss from a small Caribbean island controlled by a front company of the Chinese government and protected by a superior military force.

A honeymoon period would be lovely, but, as always, the world gets a vote.

Can Haley avoid leaving the DIA team to their fate, when attempting to rescue them could destroy her crew and boat and lead to war?

This third installment of the series conveys the humor, friendships, and teamwork of Kauai’s crew from the previous books, with a new series of exciting actions from search and rescue to combat. The crew and their new skipper must come together for the toughest mission they have ever faced. 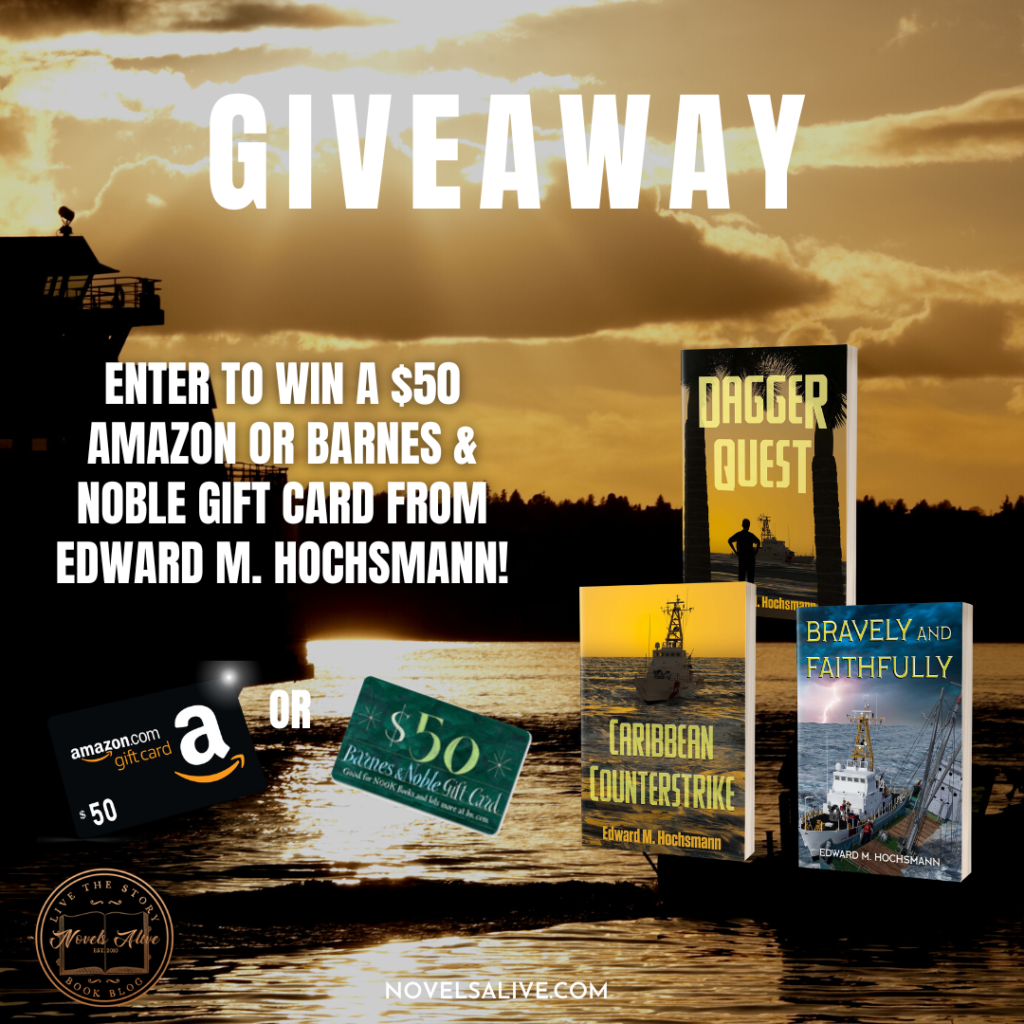 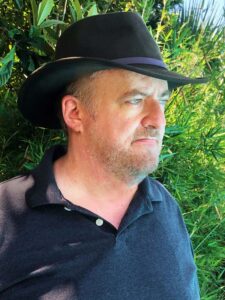 Edward Hochsmann is the pen name of a retired U. S. Coast Guard search and rescue and law enforcement professional. The veteran mariner, aviator, college professor, and defense analyst has added “author” to his list of experiences. Ed likes reading, police procedurals, contemporary music on the road, and classical music in the office. After a career traveling from Australia in the west to Italy and Germany in the east, Ed has settled into a quiet life in the Florida Panhandle to focus on writing (and not shoveling snow!)

Ed has two novels published right now (plus one launching in August 2022) in the Cutter Kauai Sea Adventures series about a Coast Guard patrol boat assigned to “special” missions. Dagger Quest takes place in the Florida Keys and involves an aging Coast Guard patrol boat dragooned into a search for a lost Russian nuclear weapon in a time of international crisis. The second, Caribbean Counterstrike, features the same patrol boat and crew, now with equipment and training upgrades, sent to recover a deadly nerve gas from a murderous Caribbean drug cartel. Bravely and Faithfully has Kauai, under a new captain supporting a covert raid on a Caribbean island held by the Chinese.