5-STAR REVIEW: WHEN A ROGUE MEETS HIS MATCH by Elizabeth Hoyt

Return to New York Times bestselling author Elizabeth Hoyt’s signature drama and intrigue, where two enemies will discover if their marriage of convenience can survive — ’til death do they part.

Ambitious, sly, and lethally intelligent, Gideon Hawthorne has spent his life clawing his way up from the gutter. For the last ten years, he’s acted as the Duke of Windemere’s fixer, performing the duke’s dirty work without question. Now Gideon’s ready to quit the duke’s service and work solely for himself. But Windermere tempts Gideon with an irresistible offer: one last task for Messalina Greycourt’s hand in marriage.

Witty, vivacious Messalina Greycourt has her pick of suitors, so when her uncle demands Messalina marry Mr. Hawthorne, she is appalled. But Gideon offers her a devil’s bargain of his own: protection and freedom in exchange for a true marriage. Messalina feigns agreement and plots to escape their deal. Only the more time she spends with Gideon, the more her fierce, loyal husband arouses her affections. But will Gideon’s final deed for Windemere destroy the love growing between them? 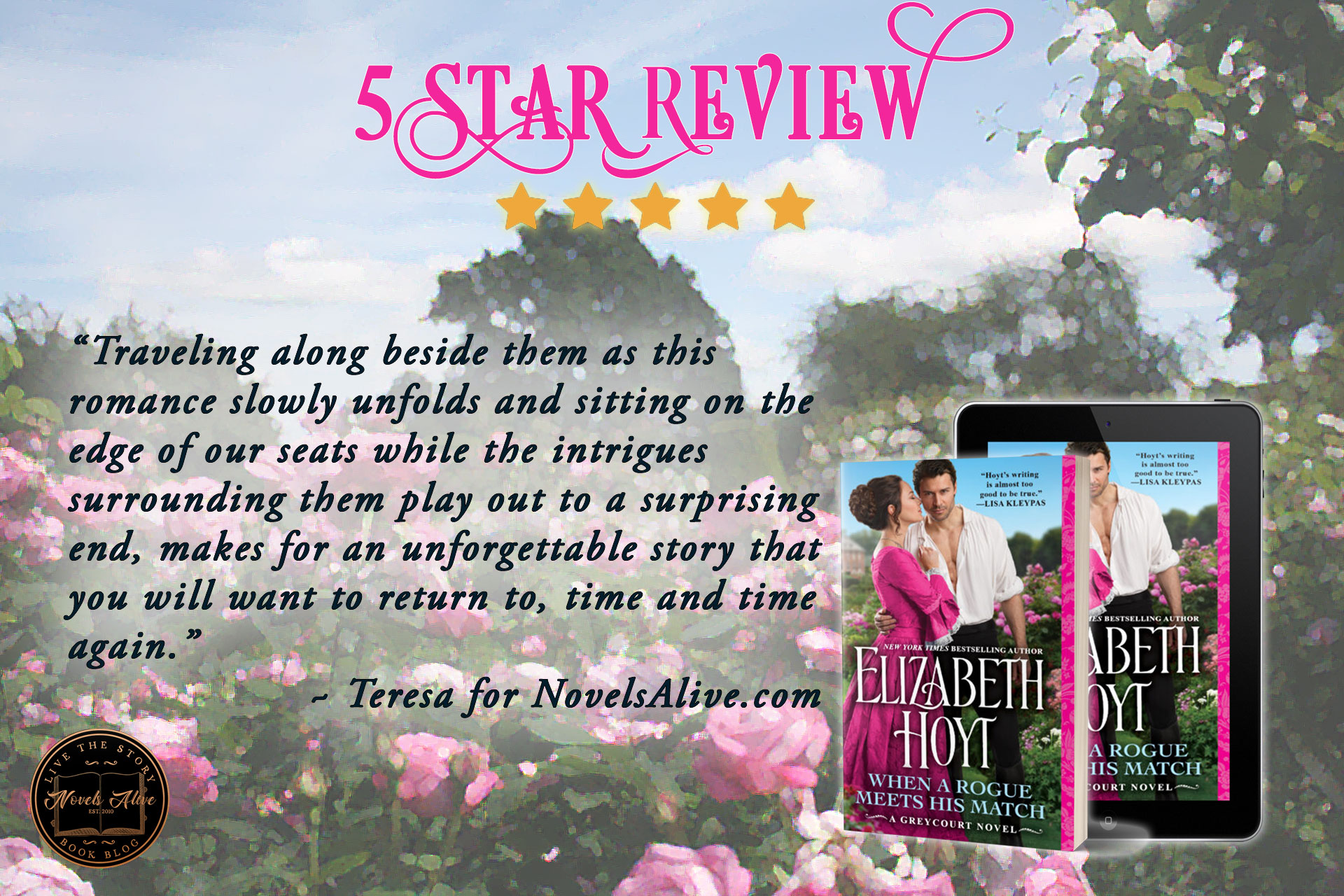 Elizabeth Hoyt weaves texture-rich tales of romance and intrigue into all of her books and doesn’t shy away from introducing us to fundamentally flawed characters who will inevitably steal our hearts.

Gideon Hawthorne is one such character, who under the pen of any other author might never have evolved beyond a one-dimensional, background player with his portrayal of a heartless thug for hire into the reluctant hero who leaps off the page.

The catalyst for Gideon’s transformation is Messalina Greycourt, a woman striving to become a heroine in her own story who finds herself reluctantly drawn to the rough and ragged “thug” she’s been forced to marry by her villainous uncle. Given glimpses of the wounded heart beating inside his chest and allowing her own heart to soften in the process, her caring inspires Gideon to forge a different path beyond the one that has driven his life for years.

Traveling along beside them as this romance slowly unfolds and sitting on the edge of our seats while the intrigues surrounding them play out to a surprising end, makes for an unforgettable story that you will want to return to, time and time again.