GUEST BLOG: Writing Mystery – Where Have You Been All My Life? by S.C. Merritt Plus Giveaway! 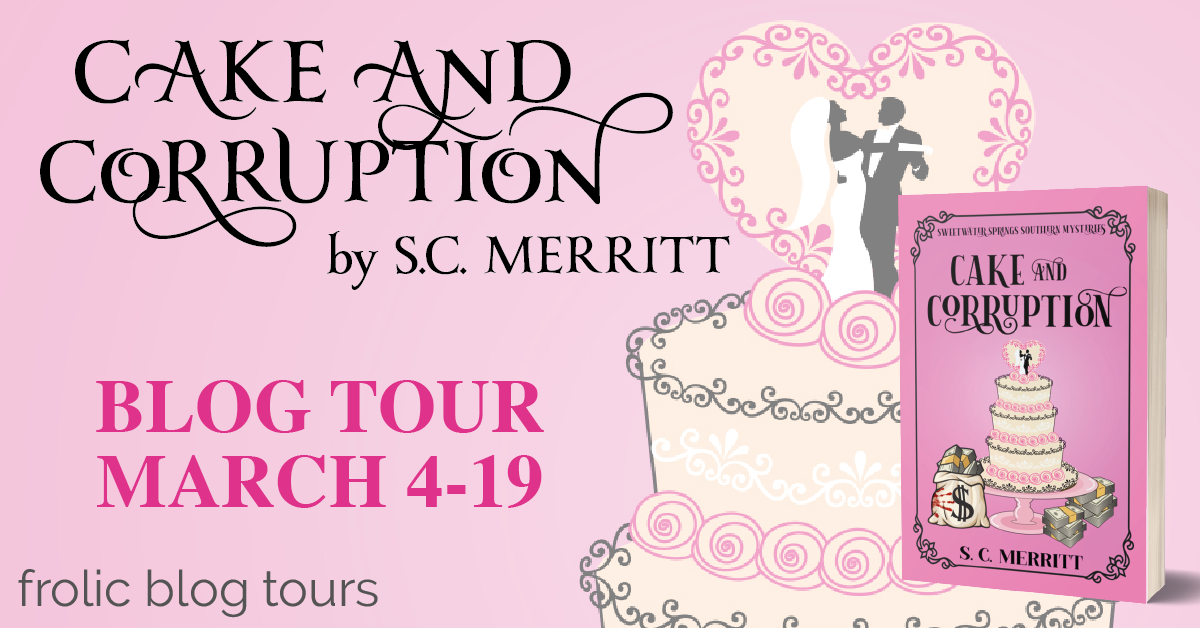 In early 2019, I was bored. Now, don’t get me wrong. I had a wonderful life and was immensely blessed. So why did I feel so dissatisfied? I chided myself for feeling that way and was ashamed to even say it out loud because I knew they would think I was a spoiled brat. I could hear them saying, “What do you have to be dissatisfied about? You have a great job, a wonderful family, you just built your dream home.” And they’d be right. So, I kept on doing the daily grind; work, come home, eat dinner, watch tv, go to bed, then get up and do it all over again. One Saturday after binge-watching British mysteries all day, I was looking for something different, so I booted up my Kindle app and started looking for something interesting to read. One of Kathi Daley’s books in the Zoe Donovan series caught my eye and I was hooked. I had never heard the term “cozy mystery,” but I soon realized that it was the type of mystery I had always been drawn to. I grew up watching Perry Mason, Columbo, Hawaii Five-O, Rockford Files, Murder She Wrote, and countless others with my mother and grandmother. I’ll never forget the first time I walked into a bookstore and saw an actual section labeled Cozy Mystery. I was like a kid in a candy store. By summer, I was spending every spare minute I could find reading. The more I read, the more I thought it might be fun to try writing one of my own. I’d never written anything in my life that I wasn’t forced to write in school. I’d never even had a desire to. But this sounded like fun and I challenged myself to do it. I didn’t tell anyone. For months it was my little secret. In the beginning, most of it was written longhand in a spiral notebook. I felt like Elizabeth Farmer in one of my favorite 80’s comedies, Funny Farm. When I finished my first rough draft, I mustered up enough courage to tell my family and asked my mom and daughter to read it. They immediately suggested I should try to publish it. I said they were nuts. But the more I thought about it, I decided to do a little research and discovered self-publishing.

And the rest, as they say, is history. Of course, Potluck and Pandemonium bears very little resemblance to that first rough draft, originally titled One Foot in the Graveyard. But thanks to family and friends willing to give honest feedback and a welcoming group of writers in a few Facebook groups, I got it transformed into something with which I felt confident.

Now, why did I tell you all this? Because I began this journey at the age of 57. I would give anything if I had found this new passion years ago, but here I am and I’m loving every minute. Well, maybe not every minute, but I’ll get to that.

I know that at 57, there are many, many people who are very tech-savvy, but I wasn’t one of them. I thought I was, but I soon had a rude awakening. I had been in the same job for over 25 years, using a computer daily, but I only used a limited range of programs and software and believe me, I was an old dog who didn’t like new tricks. I had no idea where to start with the actual publishing process. Formatting, cover designers, editors, beta readers, marketing, social media platforms, paid advertising, websites…my head was spinning. What had been fun up until that point, was turning into a nightmare. The only other author I knew locally invited me to coffee. She introduced me to another author who immediately volunteered to help me in many areas. This person wrote in a different genre, but offered to edit and format my book for free, design my website and social media pages. She also told me I would never make it if I didn’t have W, X, Y, Z, and a million more things. I had a full-time job and didn’t know how I would ever learn to juggle all of this, but reluctantly, I agreed, because again—she was my only source of information. I was overwhelmed and I can’t tell you how close I came to never clicking the publish button on that first book.

After she did the editing and formatting, not only did I discover that the formatting was all wrong, but she also kept my files for weeks and didn’t respond to emails. After trying to format it myself, I ended up sending it to my cover designer in the UK who was kind enough to do it quickly in order to make the deadline for the January 2020 release date.

I immediately began having second thoughts about this new hobby. I needed to take a step back and breathe. I joined a few Facebook groups focusing on publishing and some that were specific to cozies. That’s when I realized I had been given bad information. I wish I’d known in those first few stressful months, what I know now. And that’s what I’d like to pass on to you. This applies to anyone beginning from scratch with no clue what you’re doing, but especially, I think, to those of us Boomers and older. Unless you have been working in an occupation requiring day-to-day use of technology, you may, like me, realize you aren’t as tech-savvy as you thought you were.

These are just a few of the things I’ve learned since I “accidentally” embarked on this amazing, sometimes frustrating, but never boring journey. Since I published my first book in January 2020, I’ve released five more in the series, as well as two novellas. I still have to pinch myself to realize that there are people out there (besides my Momma) who will pay their hard-earned money to read what I write, and I will be forever grateful. I never want to take my readers for granted. Two years ago, you would never have convinced me that I would be writing mystery novels. I wish I’d discovered it sooner. What’s my advice to anyone with even an inkling of interest in giving it a shot? Just do it. Put something on paper. You never know where it will lead. 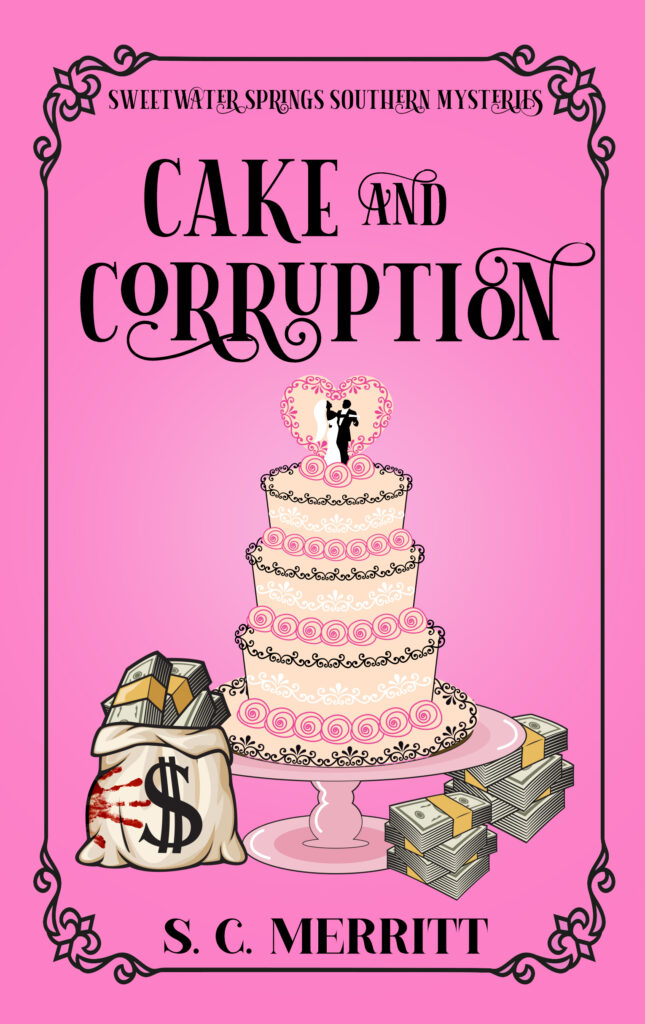 As mother of the bride, Glory wants her daughter’s wedding to be a day she’ll never forget. But when Glory’s address is found in the pocket of an unidentified body in a car crash, her biggest nightmare becomes reality. The past has followed her to Sweetwater Springs and it’s not going away without a fight. Can she solve the mystery and maybe even her husband’s two-year-old cold case murder in the process? Glory, Momma, a few of the new in-laws are working against the clock to discover the truth before wedding bells toll. 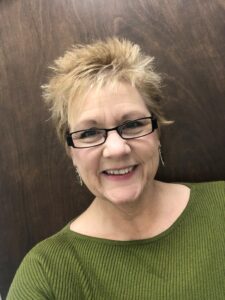 S.C. Merritt is the author of the Sweetwater Springs Southern Mystery series, including a prequel novella to the series entitled, Sideburns and Suspicions which is FREE to subscribers to her monthly CozyLetter. Get updates on new releases and more by clicking HERE.

She and her husband live in Mississippi, along with miniature Schnauzer, Izzy. When not writing, she loves to travel and dreams of living in a tropical locale someday.