Previous article
GUEST BLOG: Nine Things as Cozy as a Cozy: Hygge for All Time by Susan McCormick Plus Giveaway!
Next article
BOOK BLAST: THE TEST OF GOLD by Renee Yancy Plus Giveaway!

Between the looniness of its residents and the beauty of its beaches and River of Grass, South Florida seems to be the ideal setting for a murder mystery. Witness the man-eating alligators of Carl Hiassen, John D. McDonald’s beach bum/ detective Travis McGee and Jeff Lindsay’s creepy policeman/serial killer Dexter Morgan. And that’s just a drop in the bucket of authors who have written about the mayhem that lies at this lush spit of land at the foot of the continental United States.

I’m a native of Miami. Florida and though I live in Boca Raton now, I couldn’t resist the lure of writing a mystery that takes place in my hometown. This is as close as I get to writing about what I know, since I haven’t committed any murders, at least not while sober.  And the amazing thing is that, despite the hordes of mystery authors mining the region for stories, I still find rich new lodes of inspiration.

In my just-released The Hasidic Rebbe’s Son, I turn to the unique demographics of Miami Beach. While most people associate this area with glitzy nightclubs, celebrities in Lamborghinis, and flashy art deco hotels and bars, it’s also home to a large population of Hasidic Jews. Most belong to the “Lubavitch” sect, one of the more open groups among this ancient religious subculture. Six Chabad Houses, or Lubavitch synagogues, have risen from mid-Miami Beach to the tip of South Beach, so it’s not usual to see men and women decked out in traditional heavy black Hasidic garb walking alongside tattooed muscle men and artificially-enhanced women on Collins Road.

Talk about the sacred and the profane! Well, I couldn’t resist the temptation to bring these two groups together and watch the explosion. So, in my latest novel, The Hasidic Rebbe’s Son, my protagonist, Becks Ruchinsky, enters the insular world of Hasidic Judaism as well as the glitzy South Beach nightclub scene to find out who murdered an ultra-Orthodox student under her watch. 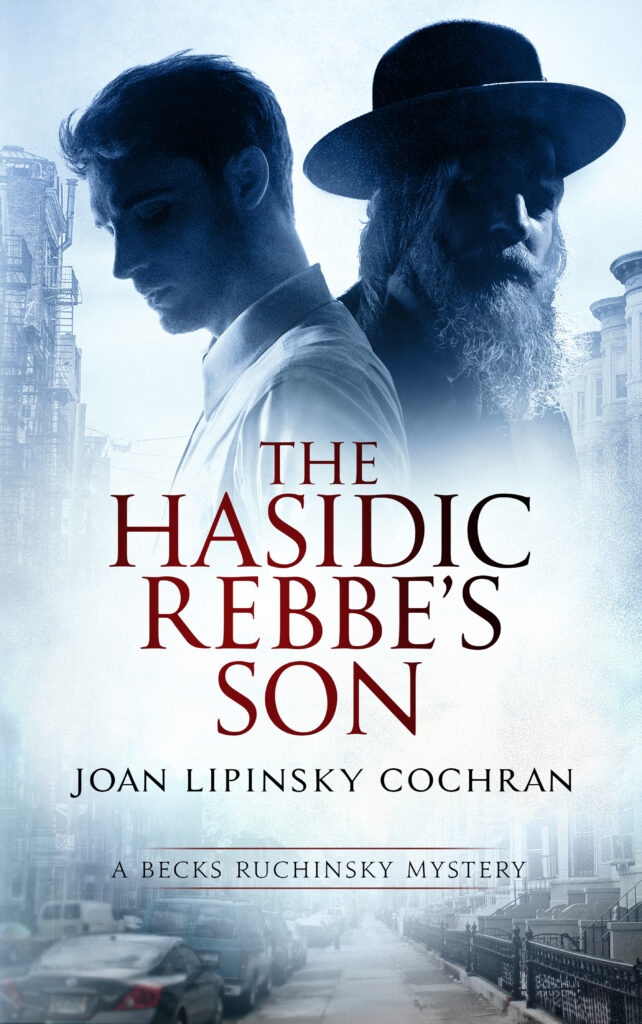 Boca Raton reporter Becks Ruchinsky is stunned when her son, Gabe, brings an ultra-Orthodox friend home from college and asks her to hide him. Six days later, his body is found floating in a canal. When police deem his death an accident, Becks launches her own inquiry—a journey that takes her from secretive Hasidic enclaves to the seedy underbelly of South Beach’s glitzy club scene—to find his killer. What she discovers jeopardizes her son’s life and challenges her religious conviction.

The Hasidic Rebbe’s Son is an intriguing and compulsively readable mystery that contrasts the beauty of Hasidic tradition with the unbending rules that may lead to desperation and murder.

“. . . a dizzying and dazzling mystery offering a fresh take on the buddy novel. Delving into Miami’s glitzy South Beach scene, Cochran supplies plenty of intrigue and death, murder and mayhem. But what makes the novel such a blast is the author’s intimate knowledge of Hasidic Jewish tradition and subcultures . . . a mesmerizing behind-the-scenes look at a fascinating world few know.”

Joe Clifford, author of The Lakehouse

“. . .  full of clever plotting, intriguing characters and a fascinating look at the closed world of the Hasidic Jews.”

“…highly recommended . . .  A likeable heroine whose obstinate streak compels her to solve crimes. A well-plotted story that will give the reader insight into a lesser known Jewish sect and provide a puzzling mystery along the way.” 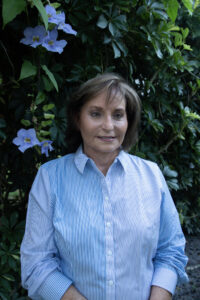 Joan Lipinsky Cochran is a South Florida-based writer whose crime and mystery novels focus on subcultures of American Judaism. In her latest novel, The Hasidic Rebbe’s Son, her protagonist is compelled to explore the glitzy South Beach nightclub scene and the secretive world of Hasidic Judaism to find a killer. It is the second in The Becks Ruchinsky Mystery Series. The first, The Yiddish Gangster’s Daughter, is the story of a woman whose world is upended – and life threatened – when she discovers her father was a member of the Jewish mafia.

April 3 – Escape With Dollycas Into A Good Book – REVIEW

April 10 – Escape With Dollycas Into A Good Book – AUTHOR INTERVIEW

5-STAR REVIEW: THE SOUND OF BROKEN GLASS by Deborah Crombie