The New York Times bestselling author of Whisper Beach delights with her latest beach read about two estranged sisters who must decide to face the past or risk history repeating itself.

As a child, Skylar Mackenzie’s imagination always got her in trouble. Now it’s making her a fortune. She owns Imagine That, a toy and bookstore and creativity center in a small Rhode Island beach town where children, and adults, can use their imagination free from judgment.

Skye is about to embark on her biggest venture yet, a weekend retreat of family exploration. But it begins to unravel when she finds her estranged half-sister Amy on the doorstep. And Amy’s not alone.

She’s brought Skye’s first love, Connor Reid—the boy who broke her heart; the man who could break it again.

Amy claims she wants to make amends—but how can Skye trust her? It was Amy’s lies that drove her from home fifteen years before. Suddenly, Skye’s perfectly imagined summer is in jeopardy. Not to mention her perfectly ordered life. Or her beloved town’s financial future.

With Amy back to her old trouble-making ways, and Connor making Skye wonder what might have been, Skye makes a decision that may cost her everything.

Imagine Summer is a story of discovery, trust, and the courage to dream. 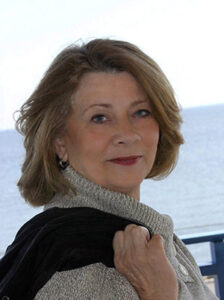 When I was a kid, I was always envious of other kids who knew exactly what they wanted to be when they grew up. I wanted to be everything. A concert pianist, an intergalactic diplomat, a nurse, a bronco rider, an astronomer . . . No sooner had I decided on one thing than some other fascinating thing came along to change my mind.

I grew up in the south; we played softball and dodge ball, but more often than not, our games often took us on imaginary journeys. We had mock battles: Wyatt Earp, Lancelot, and that alien menace, Dorg. We put on elaborate plays and invited the neighborhood.

Summers could be torturously hot and humid. Some days were just too sticky to do anything but read or sit in my favorite chair and imagine stories about all the things I was going to be when I grew up. These could last for several months. I’d just pick them up where I left off the day before and continue from there. Sometimes I would rewind the story and change the direction it was taking. One summer I had three ongoing stories in my head, that I could pull out one according to my mood.

There’s probably a clinical term for this kind of activity. And it never occurred to me that I was actually training to be a writer. But that came many, many years later.

I graduated from the University of Utah where I planned to major in philosophy and dance. Okay, so far nothing had changed. I still didn’t know what I wanted to be when I grew up. We could get up to three feet of snow overnight. The campus is very large and built on a steep slope. My philosophy class was at the top of the hill first thing in the morning and I usually managed to get there on time. But my ballet class was at the opposite end of the campus and downhill. The ballet teacher would lock the door so latecomers couldn’t get in.  She said I had to make a choice. I chose dance.

I  received a BFA and MFA and went on to teach in a Women’s PE department in California, moved to New York, and performed with Louis Falco and Twyla Tharp. I appeared on Great Performances and other PBS shows, consulted on Broadway and As the World Turns.  (Those childhood sagas came in handy). I dabbled in movie choreography: Amadeus, Mona Lisa Smile, and the Game Plan; took up ballroom dancing and performed with American Ballroom Theatre.

Then I retired, sort of, to raise two children in the suburbs.

One day I was at the museum with a friend and we were discussing what we were going to do with our lives next. Our children were growing up and they didn’t need our undivided attention anymore. She said, “You should write a mystery.” So I did.

The Lindy Haggerty Mystery series follows the adventures of a dance company, who somehow keep discovering bodies while taking class, touring, performing, and dealing with general artistic angst. They were very busy.

I often appeared on panels with other writers and the name Georgette Heyer kept cropping up as a major influence. I confess I had never heard of her.  I went to the library and checked out The Talisman Ring.  I was hooked.  I’ve read all of her regencies several times.  I listened to them on tape.  Discovered other writers and I decided to try my hand at writing Romance.

This resulted in four steamy novels for Brava.

Next came a mystery series based around the Sudoku puzzle and the curator of a puzzle Museum. My new series stars a Manhattan event planner who takes a job in the upstate New York town of Celebration Bay, where every day is a holiday and mayhem lurks behind every quaint corner.

And after some growing pains and a few years of percolating and morphing, my first women’s fiction, Beach Colors, was published by William Morrow In June 2012.

Several novels later, I think I’ve finally decided what I want to be when I grow up. I can just incorporate all those other wonderful possibilities into the lives of my characters. I can hardly wait to see what’s next.

NEW RELEASE: NO ONE WILL MISS HER by Kat Rosenfield

GUEST BLOG: The Inspiration for The Shell Collector by Nancy Naigle Plus Giveaway!