Previous articleINTERVIEW: Morgan Cry on THIRTY-ONE BONES Plus Giveaway!
Next articleGUEST BLOG: NOT SCARY by Ginger Bolton Plus Giveaway! 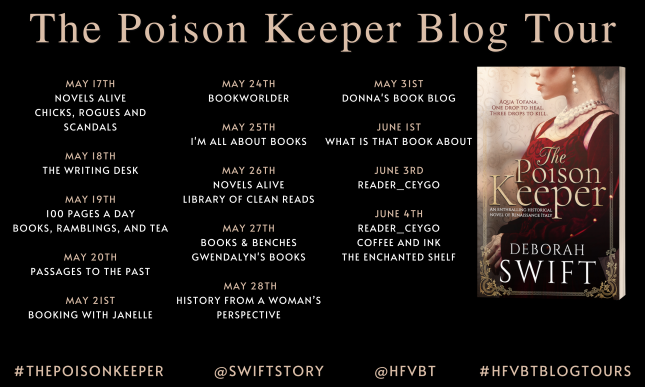 When I first had the idea to write about Giulia Tofana, all I knew about her was that she’d killed 600 men in Renaissance Italy. Immediately it made me curious to know why, and what sort of a woman she might be. I wondered whether she was really as murderous as the claims made out, and what I could discover about her by researching her life. I was also attracted to the Italian Renaissance setting and thought it would be fantastic to write a book about her. But if she was such a great subject, why had nobody else done it first?

I soon discovered why. Of the real historical woman there are few traces in any contemporary record and in fact there are more mentions of the poison she invented than the actual person. Many references to her were from the Victorian era, hundreds of years after her death. Rumours abounded about the use of poison rings (see real example of gold hinged snake ring above) and her liquid poison Aqua Tofana.

I also discovered that she was in fact three people, not only one. Her mother and daughter were both often confused with her, and I soon realized I was dealing with three generations of poisoners. That explained all the conflicting dates I was coming across as I delved into the research. The mother, Theofania d’Adamo was executed for her crimes in 1633. The daughter, Girolama Spara, was also executed but sometime later in the 18th Century. So what happened to the middle generation – Giulia Tofana, after whom the famous poison Aqua Tofana is named?

The answer is, nobody knows. So I had a situation a little like writing about King Arthur – we know she existed, but much of her life is rumour or hearsay. What we can be certain of, is that she mattered, because her name has lasted all this time, and her deeds must have had an impact for her notoriety to have spread. 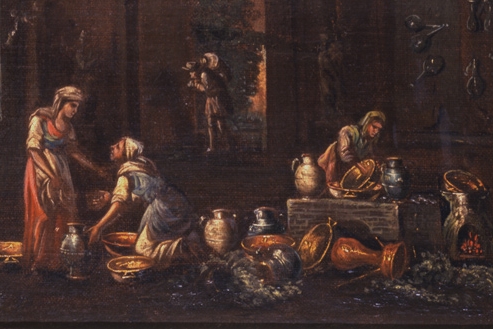 I gradually unpicked the real history, and used much of it in the novel, including her mother’s death. Where no real event existed, I invented or embroidered using research into Italian apothecary practices of the time.  What makes the novel historical rather than fantasy is this adherence to known facts and also the attention to detail with the setting and the reality of life in Naples at the time she was alive.

I read through eyewitness accounts of women of the time from letters and diaries. These were hard to find as they had to be in translation, but academic websites such as Academia and JStor supplied me with papers on life in Naples at the time.

Maps were a huge source of interest for me. Giulia and her mother begin life in Palermo, which is now in Sicily, but Giulia has to go on the run to Naples. Most of Italy was under Spanish control at this time. I made use of the old maps which supplied me with the geography and street names, and also places of importance such as churches, markets or the docks. 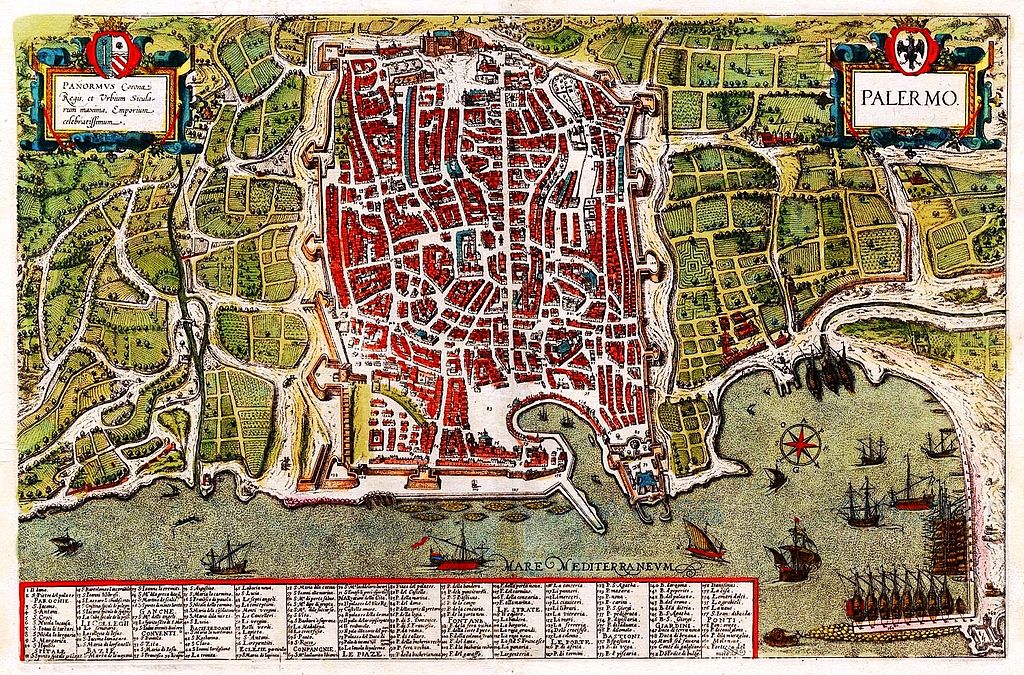 Because Giulia Tofana is a legend, within the book I needed to show that she mattered and was famous within her own time and that her deeds impacted on the lives around her, especially those of the women. So she had to not only be fascinating to us as readers but also fascinating to people within her own world. This was a challenge, but poison itself is surrounded by plant lore, by ritual, and by mystery, so the subject matter lent itself to a certain amount of myth.

Even today, nobody knows the ingredients of Aqua Tofana, or why it was so deadly. This left me considerable leeway within the book, and I hope I’ve made the most of it. 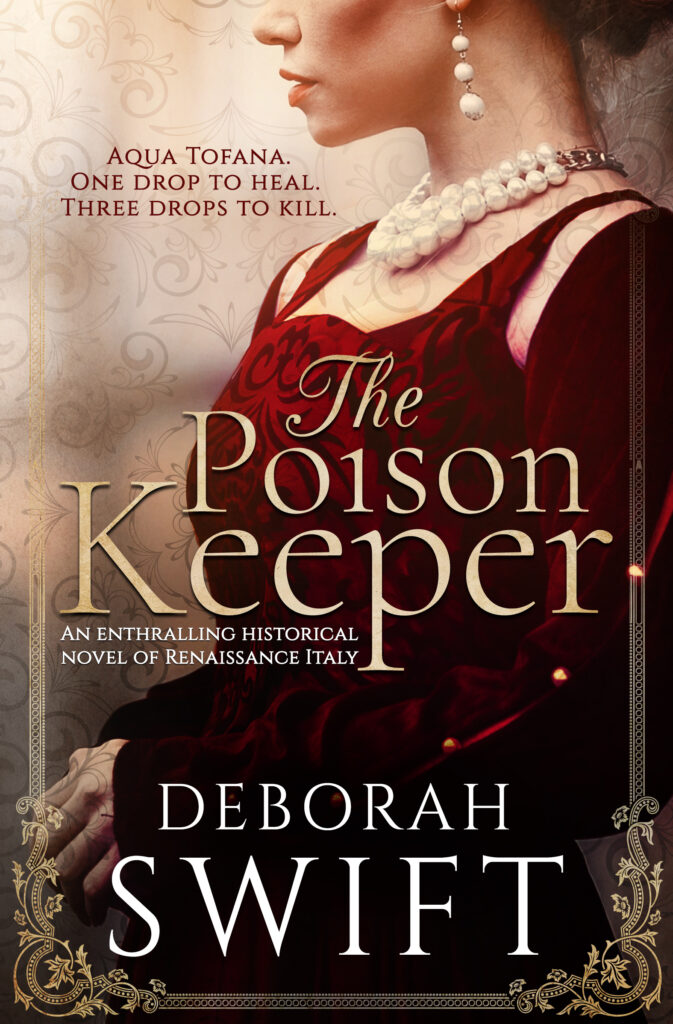 Aqua Tofana – One drop to heal. Three drops to kill.

Giulia Tofana longs for more responsibility in her mother’s apothecary business, but Mamma has always been secretive and refuses to tell Giulia the hidden keys to her success. When Mamma is arrested for the poisoning of the powerful Duke de Verdi, Giulia is shocked to uncover the darker side of her trade.

Giulia must run for her life, and escapes to Naples, under the shadow of Mount Vesuvius, to the home of her Aunt Isabetta, a famous courtesan. But when Giulia hears that her mother has been executed, and the cruel manner of her death, she swears she will wreak revenge on the Duke de Verdi.

The trouble is, Naples is in the grip of Domenico, the Duke’s brother, who controls the city with the ‘Camorra’, the mafia. Worse, her Aunt Isabetta, under Domenico’s thrall, insists that she should be consort to him – the brother of the man she has vowed to kill.

Based on the legendary life of Italian poisoner Giulia Tofana, this is a story of hidden family secrets, and how even the darkest desires can be vanquished by courage and love.

Enter to win a signed paperback copy or eBook of The Poison Keeper!

The giveaway is open internationally and ends on June 4th. You must be 18 or older to enter. 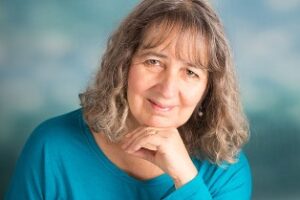 Deborah Swift is the author of three previous historical novels for adults, The Lady’s Slipper, The Gilded Lily, and A Divided Inheritance, all published by Macmillan/St Martin’s Press, as well as the Highway Trilogy for teens (and anyone young at heart!). Her first novel was shortlisted for the Impress prize for new novelists.

She lives on the edge of the beautiful and literary English Lake District—a place made famous by the poets Wordsworth and Coleridge.

Monday, May 17
Guest Post at Novels Alive
Review at Chicks, Rogues and Scandals

Wednesday, May 19
Review at 100 Pages a Day
Excerpt at Books, Ramblings, and Tea

Thursday, May 20
Excerpt at Passages to the Past

Friday, May 21
Review at Booking With Janelle

Monday, May 24
Review at Bookworlder

Tuesday, May 25
Excerpt at I’m All About Books

Wednesday, May 26
Review at Novels Alive
Review at Library of Clean Reads

Thursday, May 27
Review at Gwendalyn’s Books
Interview at Books & Benches

Friday, May 28
Feature at History from a Woman’s Perspective

Tuesday, June 1
Excerpt at What Is That Book About

Friday, June 4
Excerpt at Coffee and Ink
Interview at Reader_ceygo
Review at The Enchanted Shelf