Previous article
BOOK BLAST: THE HIGHLANDER’S IRISH BRIDE by Vanessa Kelly Plus Giveaway!
Next article
INTERVIEW: With The Wonderful and Talented Bill Zarchy Plus Giveaway!

Although I wrote a few short stories as a kid that were well-received by both classmates and teachers, becoming an author wasn’t my Plan A when I was younger. My first major in college was Aviation Science. I wanted to become a pilot. However, living on my own and paying for college made flight school very cost-prohibitive. So I transitioned into working full-time, eventually becoming an IT headhunter. However, my love for writing was always flitting around the back of my brain. I had notebooks filled with starts of stories and lists of potential story ideas. Yet I never had the time to devote to actually writing.

As luck would have it, the recruiting company I was working within New York needed a new website. I offered to take on the task of writing the content for the developer. This was a group of IT guys—very smart when it came to coding, not so much when it came to communication including writing. They were happy someone had volunteered. No one even questioned if I was a proficient writer or even knew the difference between a colon and a semicolon.

As soon as the site was live, clients started asking about it. Most importantly to me, they asked who wrote the content. Before I knew it, I had several freelancing gigs writing everything from web content to marketing materials to patent documentation. Eventually, I had so many freelancing clients, I left my position as a recruiter and started solely freelancing.

Over the past twenty-plus years, I’ve written such a variety of material—magazine articles, blog posts, screenplays, video voice-over scripts, and even if content for a comic book series. When people used to ask me, “What do you write?” my standard answer was, “Whatever pays.”

However, the one thing I wasn’t writing was stories I really wanted to tell.

A couple of years ago I made the decision to change that. I slowly cut back on my clients until, in November 2019, I started my own publishing company—Cypress Canyon Publishing. My intention was to use it as a platform to finally listen to that muse I had locked away for far too long. I came across a few exceptional manuscripts early on and was once again diverted away from writing. But once those came to market, I focused on my writing once more, and one of the stories that had been playing out in my mind for more than a decade—Zombies for Everyone—finally came to life. 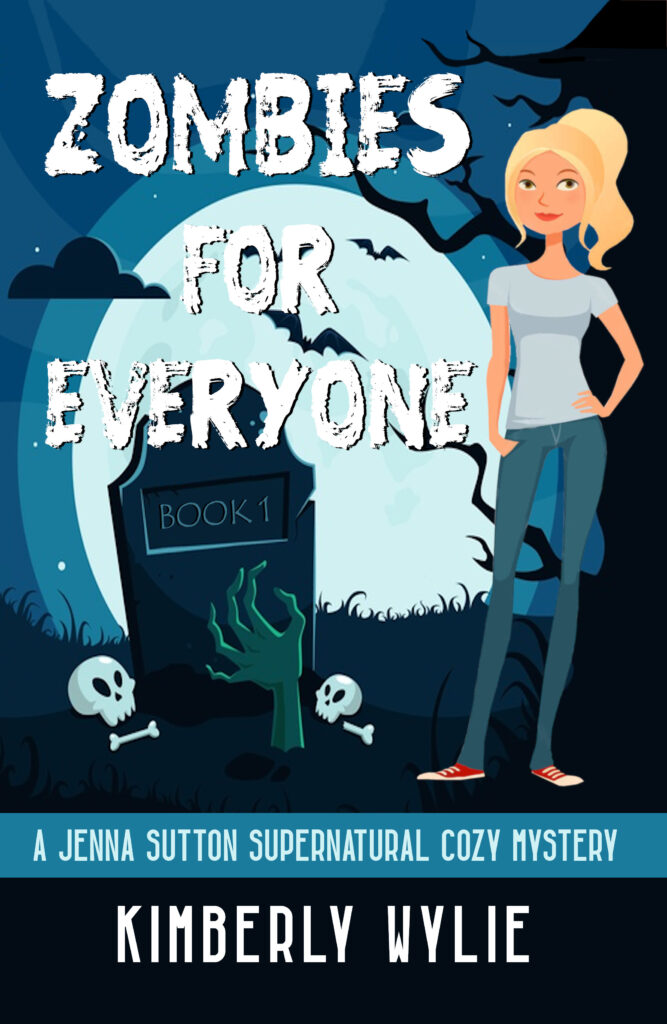 Jenna Sutton is nothing like the iconic vampire slayer of TV fame.

She’s the antithesis of a cheerleader. She’s not peppy. And she sucks at gymnastics. She has nothing in common with the fictional Buffy, other than being blonde and in high school…

Oh, and occasionally she kills vampires for a living as well as other things that go bump in the night.

Following an attack on an English teacher at a nearby school, it becomes clear this wasn’t an ordinary coyote bite. The gray-green Lichtenberg-like webbing of streaks making their way up Ms. Pruett’s arm can mean only one thing—zombies.

But this isn’t a normal zombie attack. The victims seem to be hand-picked.

Can Jenna complete her investigation without the school administrators figuring out she’s actually a high school student from another school? Will Jenna be able to find out who’s behind these attacks before a full-scale zombie outbreak overtakes the town? And, perhaps most importantly…

Why did her best friend kiss her after all of these years? 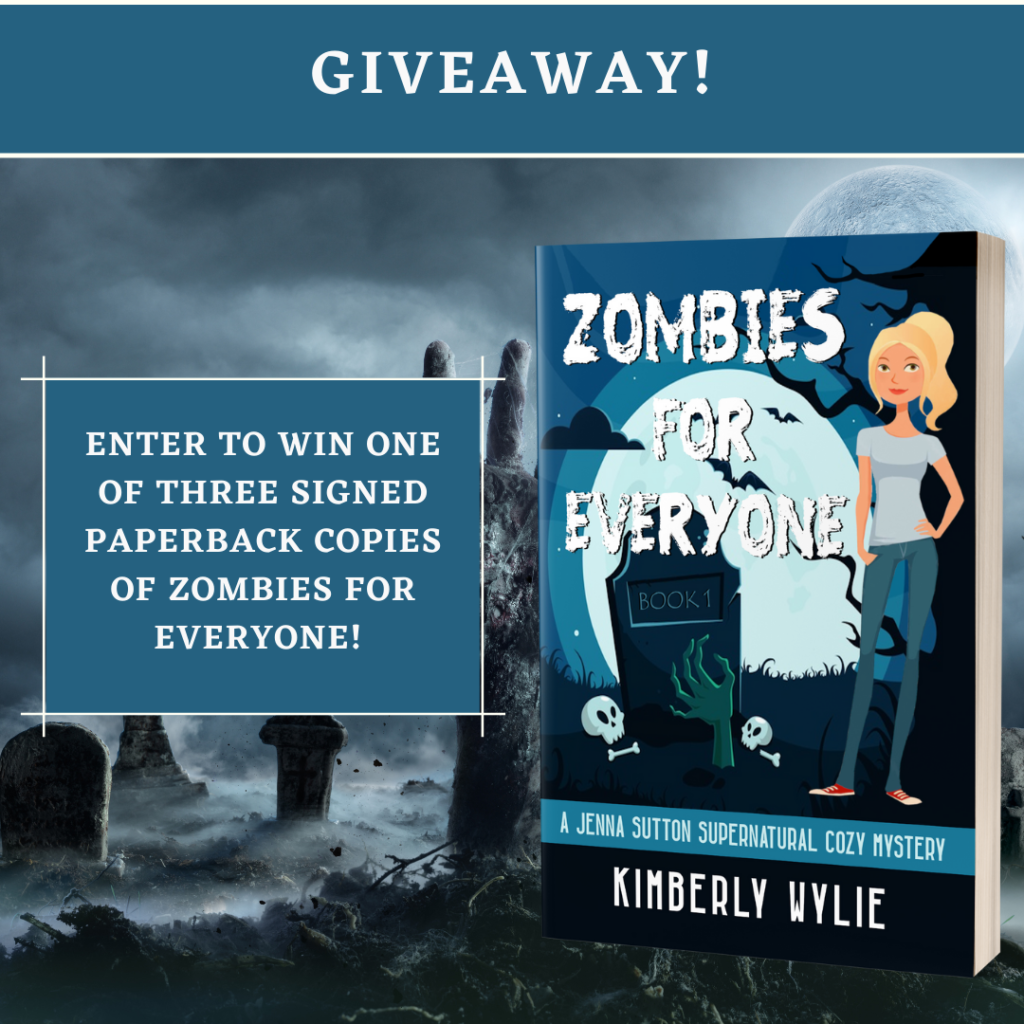 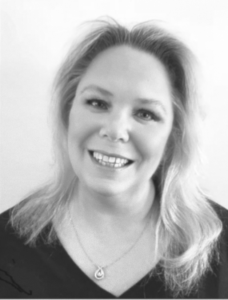 Kimberly has been a full-time freelance writer and editor for more than twenty years. She has worked for both large publishing houses and small, boutique publishers, as well as magazines, Fortune 500 companies, and hundreds of private clients. When people asked her, “What do you write?” Her standard answer was always, “Whatever pays.”

For the last two years, Kimberly has focused on finally writing what she wants to write. During COVID, she published an award-winning cookbook—The Ambergris Caye COVID Relief Cookbook. This book was featured in Forbes, won a Gourmand International award, and helped provide more than 20,000 meals to the residents of the island of Ambergris Caye, Belize. She’s also recently published a children’s picture book—Carl the Misunderstood Crocodile—and is donating profits to a local wildlife conservation and rescue group. Zombies for Everyone: A Jenna Sutton Supernatural Cozy Mystery is Kimberly’s first foray into her favorite genre—Cozies!

When not writing, you can find Kimberly enjoying the sunshine, the beach or the reef, from her home on Ambergris Caye. She lives there with her husband and the best English Cream Golden Retriever in the world—Coco.

July 31 – I Read What You Write – REVIEW, AUTHOR INTERVIEW

August 3 – Escape With Dollycas Into A Good Book – AUTHOR INTERVIEW