GUEST BLOG: The Dying Languages Around the World by David Gardner Plus Giveaway! 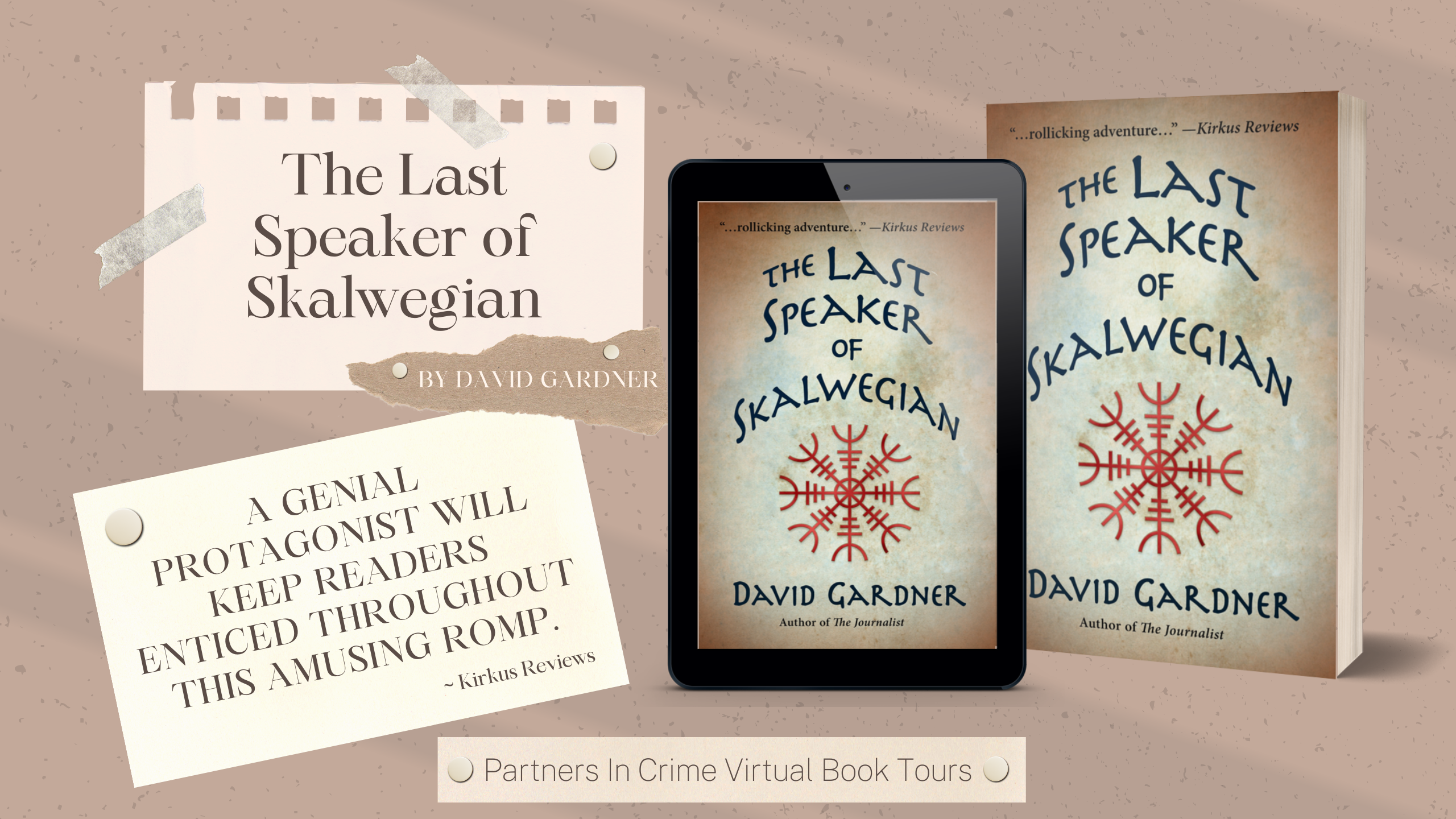 The hero of my novel, The Last Speaker of Skalwegian, is an unworldly linguist who gets pulled into helping document the language with its last speaker. But doubts arise about the validity of the Skalwegian language, and my our plucky hero soon finds himself in a world of trouble.

An estimated 6,000-7,000 of real languages are also in a world of trouble. Solid statistics are hard to come by since it is often difficult to distinguish between a language and a dialect, and because a third of the world’s languages have fewer than 1000 speakers, and they often live in isolated communities. Experts predict that half or more of those languages will die out by the end of the century.

This doesn’t mean that unwritten languages are simple. Researchers have found that many of them have a system of grammar even more complex than English.

The places with the highest number of dying languages include central and eastern Siberia, northern Australia, Central America, the lower regions of South America, and Oklahoma.

What are the causes? Colonialism, to begin with.

Governments often imposed their language on indigenous peoples. For example, many Native American children in the U.S. and Canada were forced into boarding schools that often forbade them from speaking their native language.

When a language is lost, so are its songs and the stories handed down from one generation to the next.

What is being done? Very little. In isolated cases, members of a dying language put in a great effort to keep it alive, but its most often a losing battle. National governments do little to aid in the effort.

It must sadden someone to be the very last speaker of a language. I certainly would be. 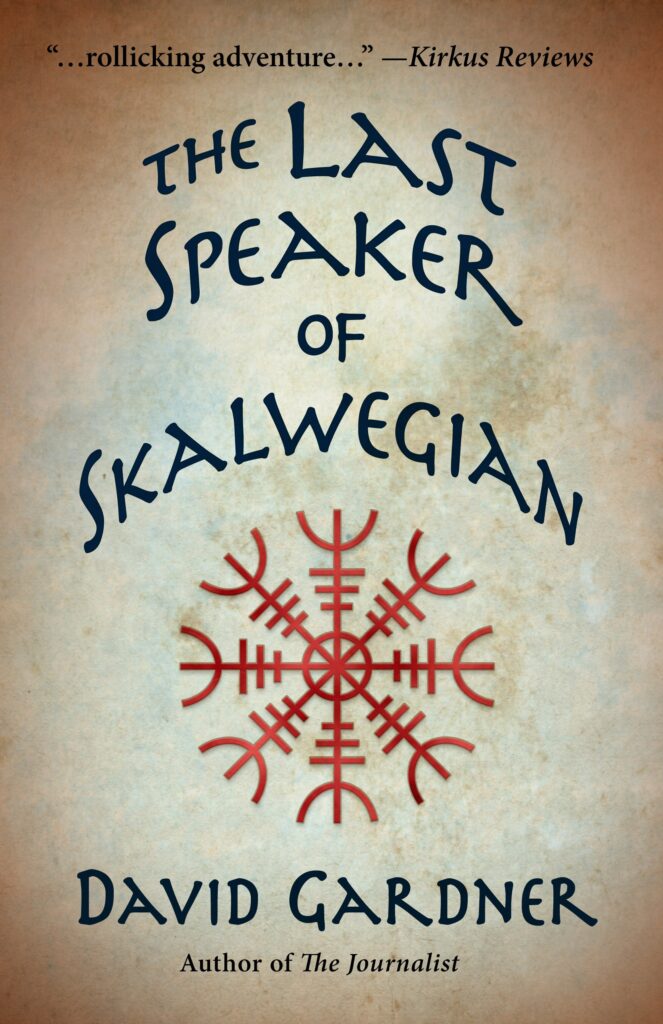 Professor Lenny Thorson lives in a defunct revolving restaurant, obsesses over word derivations, and teaches linguistics at a fourth-rate college with a gerbil for a mascot. Lenny’s thirty-four years have not been easy—he grew up in a junkyard with his widowed father and lives under a cloud of guilt for having killed another boxer as a teenager.

Desperate to save his teaching career, Lenny seizes the opportunity to document the Skalwegian language with its last living speaker, Charlie Fox. Life appears to have finally taken a turn for the better…

Unfortunately for Lenny, it hasn’t. He soon finds himself at war with Charlie, his dean, a ruthless mobster, and his own conscience.

A genial protagonist will keep readers enticed throughout this amusing romp.
~ Kirkus Reviews 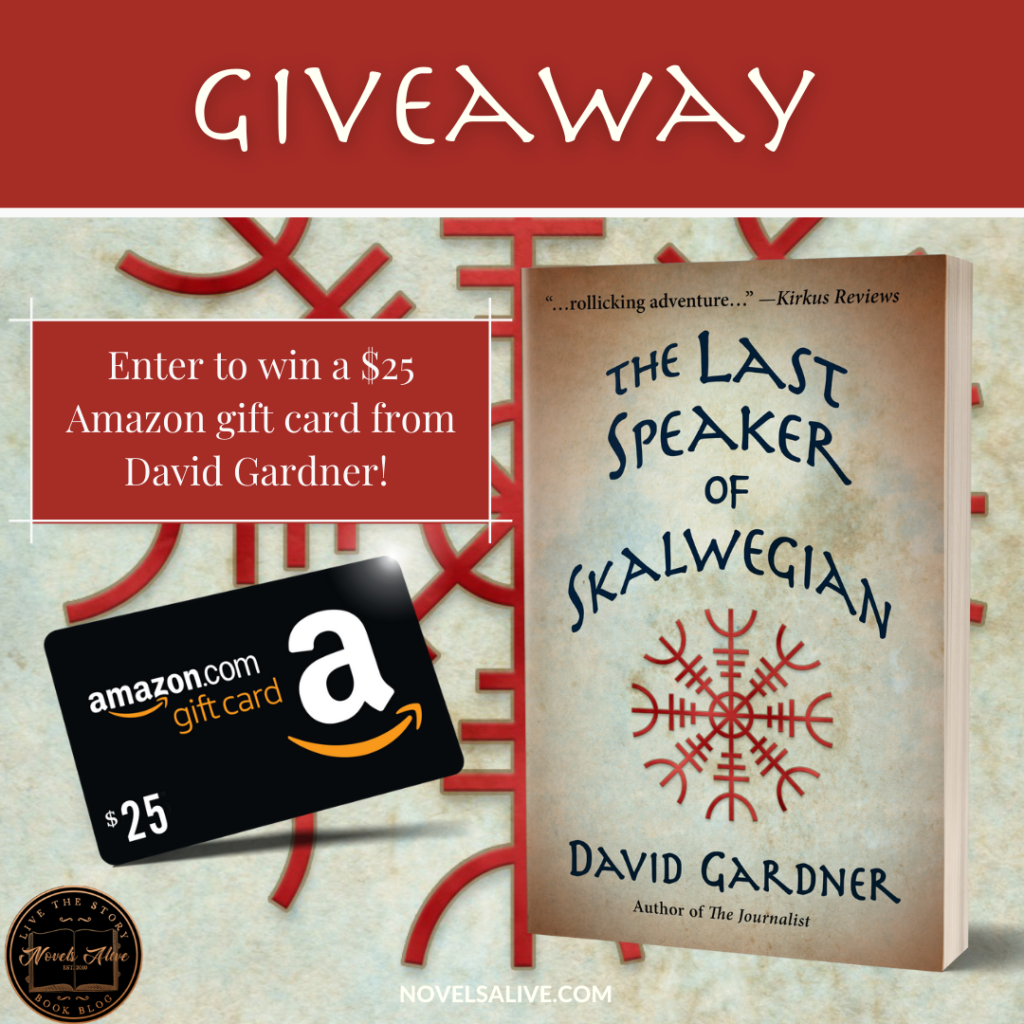 This is a Rafflecopter giveaway hosted by Partners in Crime Virtual Book Tours for David Gardner . There will be 1 winner of one (1) Amazon.com Gift Card (U.S. ONLY). The giveaway runs November 1 through December 5, 2021. Void where prohibited. 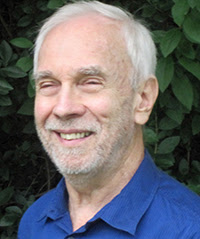 David Gardner grew up on a Wisconsin dairy farm, served in Army Special Forces and earned a Ph.D. in French from the University of Wisconsin. He has taught college and worked as a reporter and in the computer industry. He coauthored three programming books for Prentice Hall, wrote dozens of travel articles as well as too many mind-numbing computer manuals before happily turning to fiction: “The Journalist: A Paranormal Thriller” and “The Last Speaker of Skalwegian” (both with Encircle Publications, LLC). He lives in Massachusetts with his wife, Nancy, also a writer. He hikes, bikes, messes with astrophotography and plays the keyboard with no discernible talent whatsoever.