BOOK BLAST: A VIEW MOST GLORIOUS by Regina Scott Plus Giveaway! 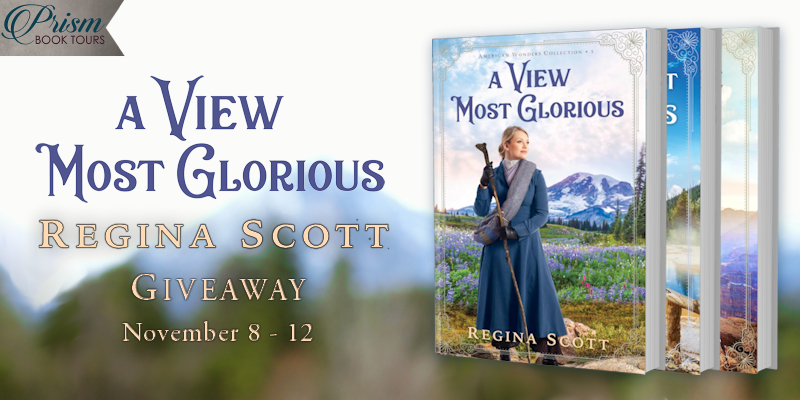 Reluctant socialite Coraline Baxter longs to live a life of significance and leave her mark on the world. When her local suffragette group asks her to climb Mount Rainier to raise awareness of their cause, she jumps at the chance, even though she has absolutely no climbing experience. If she can do it, any woman can do it. And after her mother issues an ultimatum–that Cora marry the man of her mother’s choosing if she is not successful–Cora must do it. But she can’t do it alone.

Noted mountain guide Nathan Hardee initially refuses to help Cora, but has a change of heart when he sees what is at stake. He knows enough about the man Cora’s mother has chosen to know that the headstrong young woman should have nothing to do with him, much less marry him.

Climbing Rainier will require all of Cora’s fortitude and will lead her and Nathan to rediscover their faith in God and humanity. These two loners make unlikely partners in righting a wrong and may just discover that only together is the view most glorious. 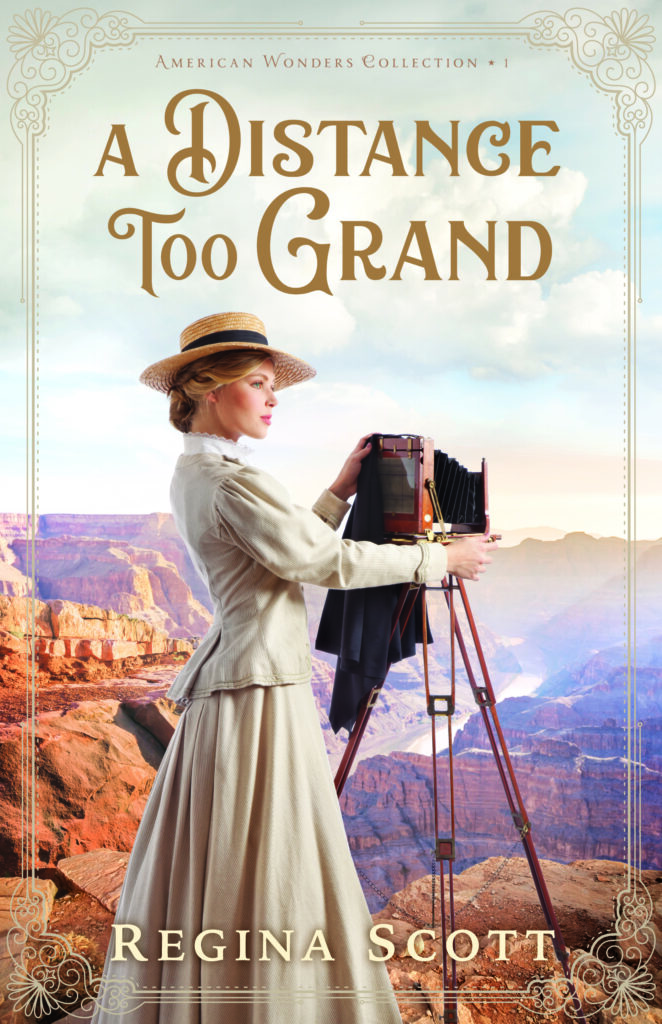 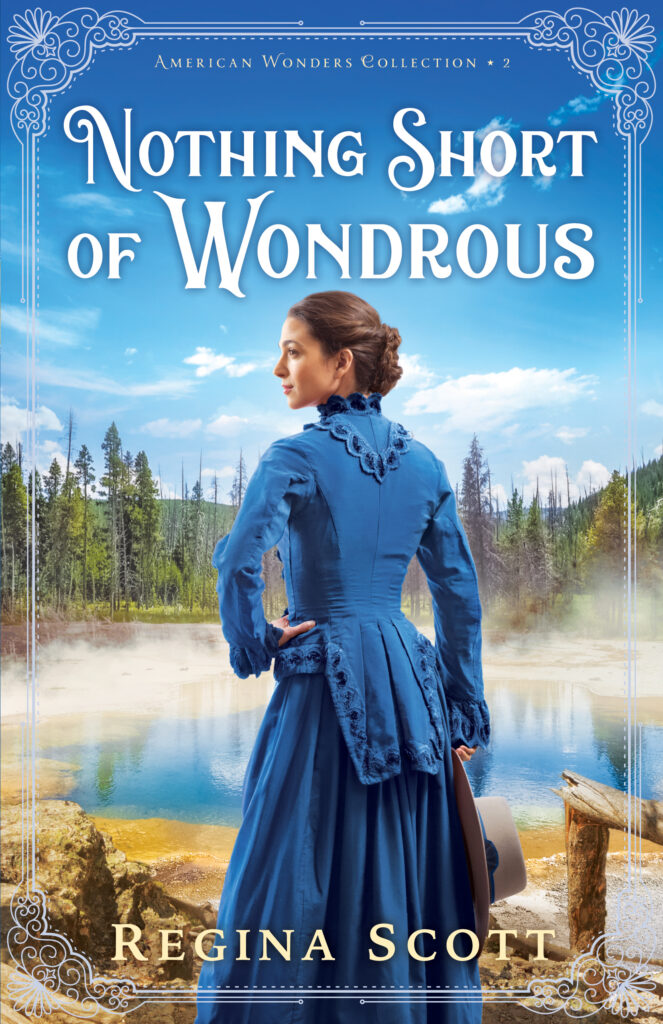 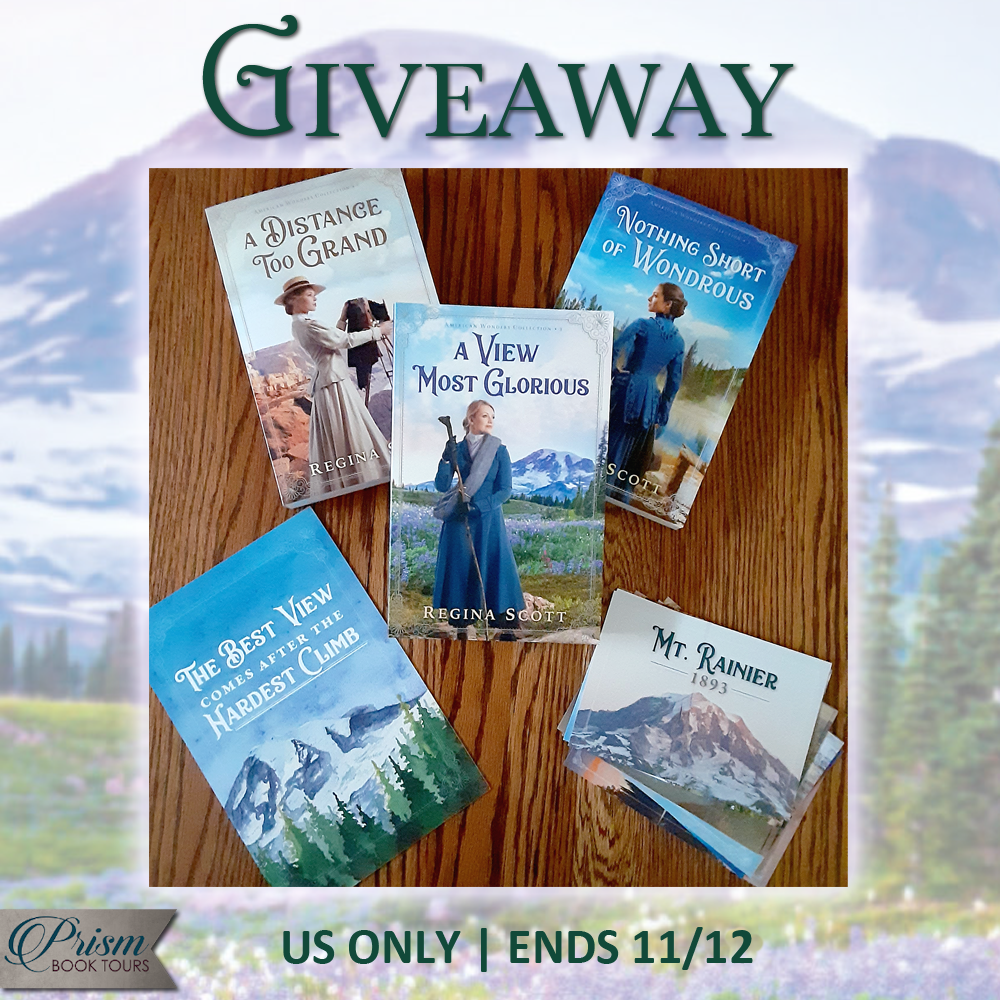 One winner will receive print copies of all three books in the American Wonders Collection, a collection of nine vintage-style postcards from the parks featured (the Grand Canyon, Yellowstone, and Mt. Rainier), and a poster that speaks to the heart of the story: The best view comes after the hardest climb. (US only) 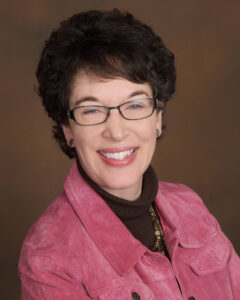 Regina Scott started writing novels in the third grade. Thankfully for literature as we know it, she didn’t sell her first novel until she learned a bit more about writing. Since her first book was published, her stories have traveled the globe, with translations in many languages, including Dutch, German, Italian, and Portuguese. She now has had published more than fifty works of warm, witty historical romance. Regina Scott and her husband of more than 30 years reside in the Puget Sound area of Washington State on the way to Mt. Rainier. She has dressed as a Regency dandy, learned to fence, driven four-in-hand, and sailed on a tall ship, all in the name of research, of course. Learn more about her at her website.