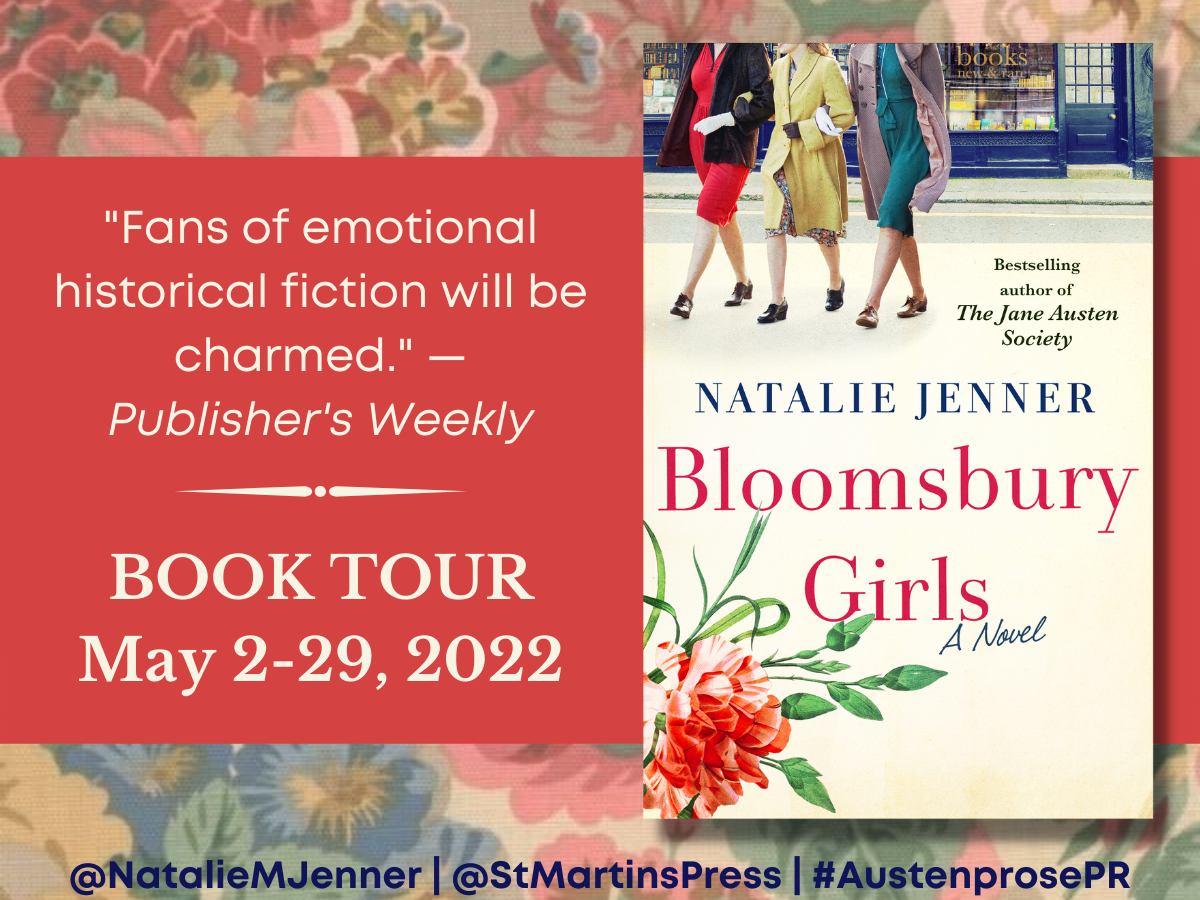 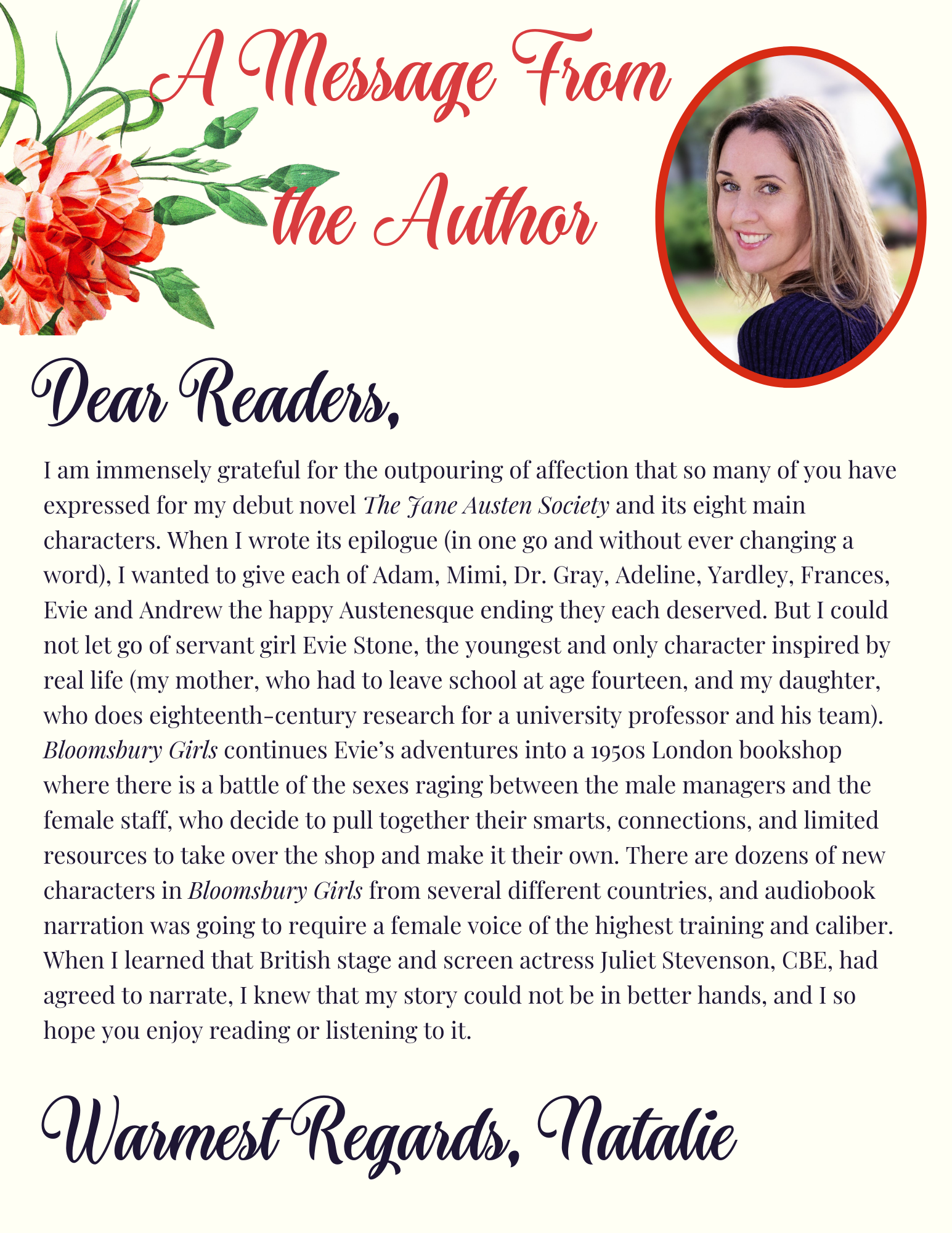 Natalie Jenner, the internationally bestselling author of The Jane Austen Society, returns with a compelling and heartwarming story of post-war London, a century-old bookstore, and three women determined to find their way in a fast-changing world in Bloomsbury Girls.

Bloomsbury Books is an old-fashioned new and rare bookstore that has persisted and resisted change for a hundred years, run by men and guided by the general manager’s unbreakable fifty-one rules. But in 1950, the world is changing, especially the world of books and publishing, and at Bloomsbury Books, the girls in the shop have plans:

Vivien Lowry: Single since her aristocratic fiancé was killed in action during World War II, the brilliant and stylish Vivien has a long list of grievances–most of them well justified and the biggest of which is Alec McDonough, the Head of Fiction.

Grace Perkins: Married with two sons, she’s been working to support the family following her husband’s breakdown in the aftermath of the war. Torn between duty to her family and dreams of her own.

Evie Stone: In the first class of female students from Cambridge permitted to earn a degree, Evie was denied an academic position in favor of her less accomplished male rival. Now she’s working at Bloomsbury Books while she plans to remake her own future.

As they interact with various literary figures of the time—Daphne Du Maurier, Ellen Doubleday, Sonia Blair (widow of George Orwell), Samuel Beckett, Peggy Guggenheim, and others—these three women with their complex web of relationships, goals and dreams are all working to plot out a future that is richer and more rewarding than anything society will allow. 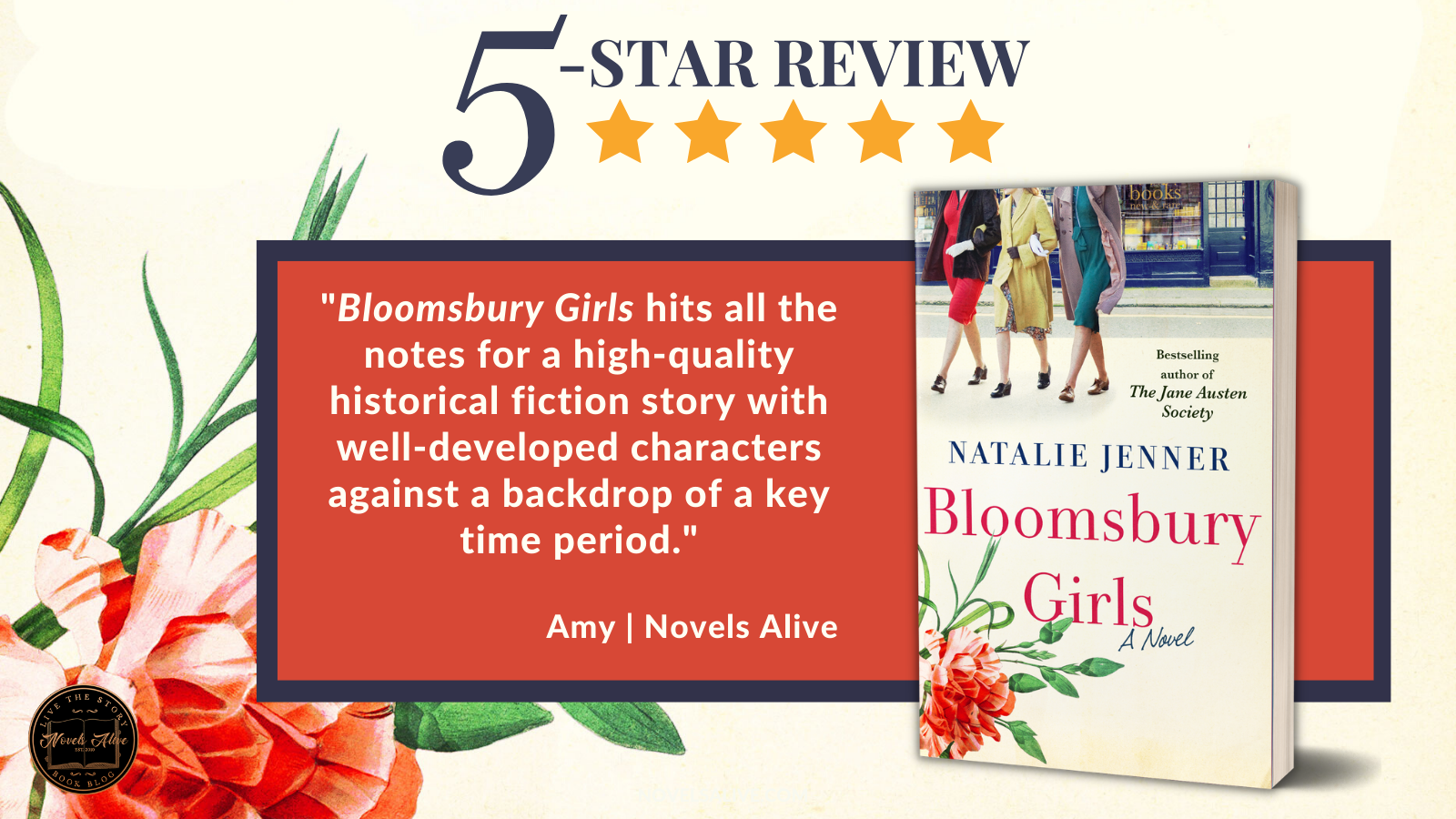 It’s 1950 in postwar London, and three women are trying to find their way in a changing world. Author Natalie Jenner delivers a powerful story of their journey in Bloomsbury Girls.

The main characters, Grace, Evie, and Vivien, are united through their work at Bloomsbury Books. Their attempts at navigating a male-dominated environment are at times humorous but certainly inspiring. As the story evolves, readers get a peek into each character’s back story.

With every suggestion for improvement they make, it seems that the women are greeted with blank stares or silence. The general manager sets the tone for the bookstore’s operation with 51 unbreakable rules (depicted at the beginning of each chapter). It’s an uphill battle for the women to do more than merely survive in their roles.

However, the camaraderie built between the three women adds momentum to their efforts. The story’s rich details about the happenings in the bookstore, coupled with interactions with famous authors of the time, make this an entertaining story.

Bloomsbury Girls hits all the notes for a high-quality historical fiction story with well-developed characters against a backdrop of a key time period. 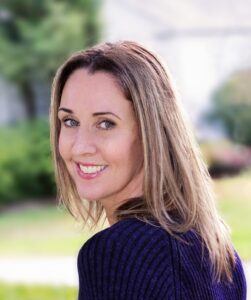 Natalie Jenner is the author of the instant international bestseller The Jane Austen Society and Bloomsbury Girls. A Goodreads Choice Award runner-up for historical fiction and finalist for best debut novel, The Jane Austen Society was a USA Today and #1 national bestseller and has been sold for translation in twenty countries. Born in England and raised in Canada, Natalie has been a corporate lawyer, career coach and, most recently, an independent bookstore owner in Oakville, Ontario, where she lives with her family and two rescue dogs. Visit her website to learn more.

5-STAR REVIEW: BLOOMSBURY GIRLS by Natalie JennerBloomsbury Girls hits all the notes for a high-quality historical fiction story with well-developed characters against a backdrop of a key time period.