5-STAR REVIEW: WOMAN ON THE WALL By Robin Rivers 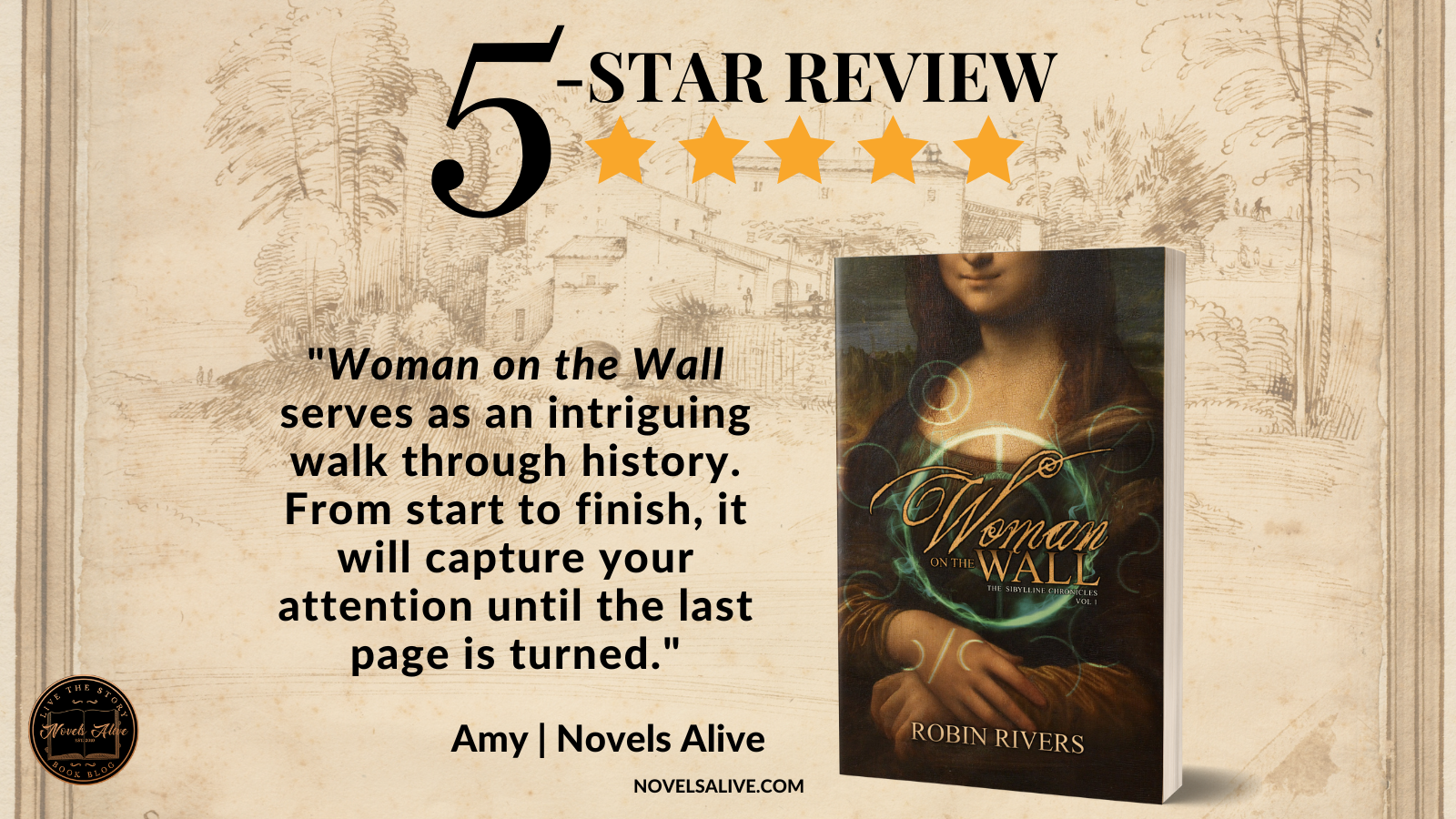 For 500 years, the once powerful order of the Sibylline has kept the identity of its future prophetess hidden in the most famous painting in the world. Amid the chaos of post-World War II France, one woman discovers their ancient secret and its ability to transform a fragmented world.

A brilliant, devoted, and driven paleographer …

After 480 days as a Nazi political prisoner, Dr. Marie Guerrant returns to Paris to repatriate the Mona Lisa and find her daughter. When a British Colonel arrives claiming he needs her French Resistance connections to find the lost painting, which she helped hide seven years earlier, distrust is high. Tipped off about her daughter’s involvement and the Colonel’s obsessive belief that the Mona Lisa contains the identity of a modern-day Sibyl prophetess, Marie must risk her life to save her daughter and the masterpiece from men consumed by controlling destiny.

A brave, bold, and potent prophetess …

On the eve of rising as the Sibyl of Amboise, Aesmeh de la Rose must rely on her visions to find Leonardo da Vinci after he and the Mona Lisa disappear from his workshop at Clos Lucé. The precious painting and its creator cannot be lost or the ancient Sibylline Order faces extermination after more than 1000 years of rebuilding their powerful matriarchy. Torn between duty and love, Aesmeh must tap into an ancient alchemy in a race to keep the Order safe. But, an unspeakable betrayal forces her to make an unfathomable choice to secure the future of the Sibylline.

This rich alternate history binds two women beyond time, each fighting to restore sight to a world blinded by the power and control of men. The fate of the world rests on their courage to reclaim the ancient feminine powers of the Sibylline. Woman on the Wall is a sweeping fantastical tale of intrigue and hope for us all.

Author Robin Rivers takes readers on a journey through time in Woman on the Wall that unfolds in a dual storyline.

Exquisitely well-detailed, the story focuses on a secret hidden for 500 years within the most famous painting in the world. The secret? The identity of the future Sibylline prophetess. From a historical perspective, the book alternates between 1945 Paris and 1519 Amboise.

The characters are rich and well-developed. Having survived being imprisoned by the Nazis, Dr. Marie Guerrant has an interesting history with a famous painting. However, she finds herself in a fight for her life, featuring her daughter, the painting, the Sibylline legend, and a British Colonel.

In the meantime, the importance of the Sibylline Order unfolds through the eyes of Aesmeh de la Rose. The two storylines mesh together well, illustrating the efforts of two women who ultimately share the same goal.

Woman on the Wall serves as an intriguing walk through history. From start to finish, it will capture your attention until the last page is turned. 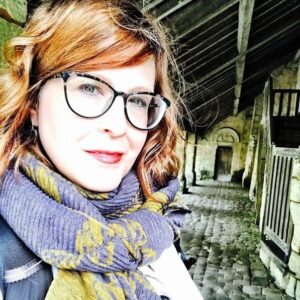 Robin Rivers is an award-winning writer who guides young authors as CEO of Quill Academy of Creative Writing in Vancouver, Canada. She has always been fascinated with stories of lost times and nerds out in the realm of all things historical, fantastical, female, and mythological.

5-STAR REVIEW: WOMAN ON THE WALL By Robin RiversWoman on the Wall serves as an intriguing walk through history. From start to finish, it will capture your attention until the last page is turned.