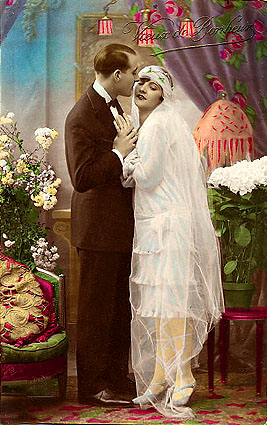 For too long your typical romance novel, whether set in the modern age or times long past, there was a generic formula to follow—noble hero meets and saves helpless female from whatever villains must undoubtedly mean her harm and in the end they waltz happily off into the sunset—the end. While there isn’t anything wrong, precisely with this formula and what damsel in distress does not dream of finding her knight in shining armor, but it doesn’t hurt to mix things up a little either. Some of the best recipes are created by taking a chance on adding something a little different to the usual blend with surprising results.

Some point around the time females began exerting their roles as powerful heroes in the their own right, thanks in no small part to examples emerging on the small screen in the form of a certain warrior princess and a butt-kicking vampire slayer name Buffy, something extraordinary started to appear more often between the pages of the latest historical romance novel. The ladies were no longer content to remain cloistered behind fluttering fans of silk, hidden in the dust of the sprawling frontier or waiting patiently in the castle tower for their perfect hero to come along and save the day. With this new generation of boldly courageous heroines rising from the ashes of their traditional roles, “Girl Power” began to take on a whole new meaning.

Meanwhile, the definition of the romantic hero began to change as well. Although it would be a bit hard to digest the notion of a wimpy counterpart for our freshly liberated heroines, some intriguing chinks in their armor provided a breath of fresh air. Author Laura Kinsale truly stands out in this regard with no better examples than the ones found in her books THE PRINCE OF MIDNIGHT and FLOWERS FROM THE STORM, in which the heroes are respectively a reclusive legend plagued by vertigo and a dashing Duke on the verge of madness. Only through the remarkable courage and indomitable spirit of the stories heroines are these men able to find a resurrection of the lives and happiness they believed lost forever.

Anyone familiar with the extensive body of work created by author Bertrice Small knows that she is a true pioneer when it comes to creating strong woman as the centerpiece of her stories. The six books of the “O’Malley” saga and the accompanying six that make up “Skye’s Legacy” span the timeline between Queen Elizabeth II and King Charles II and travel the globe from Skye O’Malley’s roots in Ireland to harrowing adventures in the harems of the East and the decadent splendor of the high courts of France and Scotland. Through them all, the central theme of a strong female role holds true and carries over into the vast majority of Bertrice Small’s ever growing library of work.

Needless to say there will always be a place in our hearts for the more traditional roles of our favorite romantic characters, but I for one, am delighted by the growing number of stories being written that bravely break free from that mold to create a savory dish that we can’t wait to dive into head first.

*I apologize if the use of the term “Girl Power” brought back any truly frightening memories of the Spice Girls. 😉