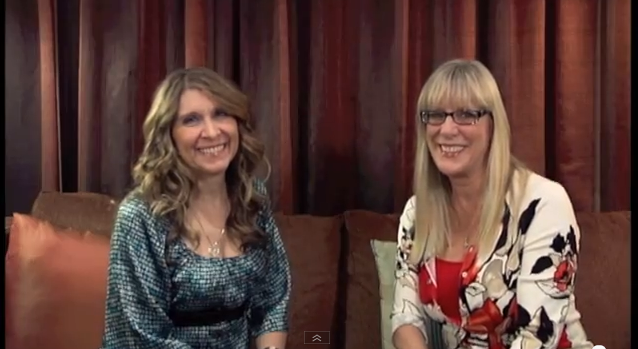 Novels Alive TV was pleased as punch to recently interview Roxanne “Rocki” St. Claire and bad attempts at punning aside, this New York Times Bestselling and award winning author with thirty novels under her belt, is one heckuva nice lady.

Rocki fell in love with words and stories after reading GONE WITH THE WIND when most eleven year olds are still giggling over the latest Judy Blume and began writing her first stories, for fun, when she was twelve.

After graduating from UCLA with a degree in Communications, Rocki discovered that there was a reason for the term “starving artist” after spending some time working in front of and behind the camera’s in Hollywood.

She eventually moved to Boston, to find what she calls, a “real” job, where she began the hard climb up the corporate ladder until becoming the Senior Vice President of one of the world’s largest public relations firms before relocating to Florida and starting a family. There, after surviving Hurricane Andrew and the upheaval of building a new home, she sat down to read a “particularly fabulous” romance novel that she says, changed her life.

With a desire to make other people feel as whole and happy as this book did for her, she began writing her first manuscript and the rest as they say is history.

On April 24th, 2012 the first book in a new contemporary romance series, BAREFOOT IN THE BAY  hit the shelves to great reviews and on July 10th, her first Young Adult novel DON’T YOU WISH will be joining it there.

Check out our video interview with this fabulous author to hear more about these releases and so much more.