Hey all! Don’t forget to enter the rafflecopter giveaway at the bottom of the page! I’m so excited to be here at Novels Alive TV celebrating the release of WICKED EDGE! The hero in WICKED EDGE is Daire Dunne, who’s a tough witch enforcer on a Harley…and is totally grumpy. The heroine is a bit of a surprise. She’s a wild card who drugs Daire, steals from him, and then likes to rob banks. Of course, they’re the perfect match! They just don’t know it right away.

So, I thought it’d be fun to share Daire and Cee’s top five places to vacation here today.

The Norwegian Sea: I know that this is an odd one, but they kind of got together in the freezing cold on a stark island the first time. After the bear attack, witch attack, and helicopter crash, of course.

The Caymans: You’d think that they’d want to go to the Caymans to spend some down time on a beach or luxury hotel, right? Actually, it turns out that there are banks in the Caymans holding money for unsavory people, and well…Cee Cee loves to rob a bank or two.

Ireland: Daire is from Ireland, and that’s where most of his family lives. Plus, he’s a witch, and we all know that magic comes from Ireland. It’s there that he feels the most power and strength, because magic and power glimmer in the air.

Seattle: At the moment, Daire is still working in Seattle, so he and Cee Cee have settled down there temporarily until his job is finished. He has chosen, quite nicely if you ask him, to forget that fact that she drugged him while in the rainy city.

Unknown: I’m not sure what to put here, because who the heck knows what Cee Cee will come up with next. Wherever it is, I’m sure Daire will be right by her side as things blow up.

This was tons of fun – thanks so much for having me here! Where does everyone else like to vacation?

As for what’s up now, I’m working on a new series called Scorpius Syndrome. The first book is MERCURY STRIKING, and it releases in January. The series is post-apocalyptic, gritty, and very sexy. The hero is Jax Mercury, who’s a former L.A. gang member turned soldier, who has taken over LA to protect his small group of survivors from a bacterial infection. The heroine is Lynne Harmony, the former head of the CDC’s Infectious Disease Department. Oh, and she has a blue heart now. 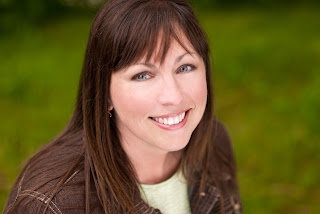 New York Times and USA Today Bestselling author Rebecca Zanetti is the author of over twenty-five dark paranormals, romantic suspense, and contemporary romances, including the Dark Protectors, Realm Enforcers, Sin Brothers, and Scorpius Syndrome series. She lives in the wilds of the Pacific Northwest with her own Alpha hero, two kids, a couple of dogs, a crazy cat…and a huge extended family. She believes strongly in luck, karma, and working her butt off…and she thinks one of the best things about being an author, unlike the lawyer she used to be, is that she can let the crazy out. Find Rebecca at: www.rebeccazanetti.com.

“Zanetti’s Realm Enforcers series is hot with a capital “H”! The characters are real and feel like people whom readers would run across—or hope to—in everyday life. This is a great read to add to your collection.”- RT Book Reviews, 4.5 Stars Top PickAmazon Editor’s Pick for November!

If you love the Dark Protectors, these wicked hot Realm Enforcers are for you!

Daire Dunne is more than ready to take a quick break from his duties as a Coven Nine Enforcer. When he spots a sexy blonde across a Titan’s of Fire party, it’s not long before she’s on the back of his Harley on the fast track to his apartment. Unfortunately, one overheated kiss in, the woman drugs Daire and steals valuable files that can’t fall into enemy hands. The second he comes to, the hunt is on…

Now that Cee Cee has the information to take down an enemy that destroyed her family, she can implement her perfect plan for revenge. Nothing will stop her, not even a shockingly sexy enforcer barging into her life. Not even the spectacular, fire-branding sex engulfing them. But if Daire ever figures out who her family really is, all bets are off…

With nothing but rumors to lead her, Lynn Harmony has trekked across a nightmare landscape to find one man—a mysterious, damaged legend who protects the weak and leads the strong. He’s more than muscle and firepower—and in post-plague L.A., he’s her only hope. As the one woman who could cure the disease, Lynn is the single most volatile—and vulnerable—creature in this new and ruthless world. But face to face with Jax Mercury…

Danger has never looked quite so delicious…

Nothing is easy or black or white in Zanetti’s grim new reality, but hope is key, and I hope she writes faster!” —New York Times bestselling author Larissa Ione