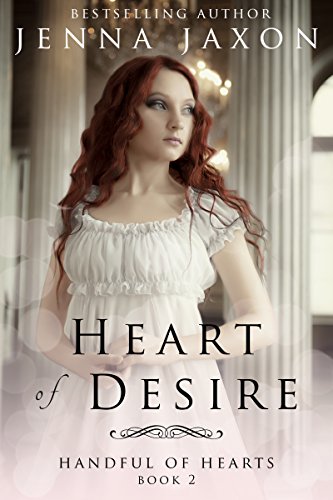 The music had a lively air and Miss Katherine Locke would’ve thought herself fortunate to be out again in Society after a long, cold, dull winter in Somerset save that her partner, Lord Haversham, was the rudest man in London. Well, his lordship was about to discover that Kate Locke was not one to suffer fools lightly.

“So you refuse to allow your sister to waltz, yet you are quite willing to stand up with me and dance this, according to you, most scandalous of dances.” Kate smiled into the odious wretch’s face. “My lord, I should say that smacks of hypocrisy.”

“Indeed.” Lord Haversham turned them skillfully at the end of the floor. “I would say it showed a want of character in your brother for allowing you to dance it with me. The waltz should be danced by married couples and no one else.” He pulled her close against him, so their bodies almost touched.

She gasped at her proximity to the rogue. How dare he make a spectacle of them on this crowded dance floor?

“You see?” he whispered, peering into her face, his gaze intent upon her mouth.

All she could see were his cool gray eyes, as the crisp scent of his sandalwood cologne filled her nose.

“Ainsley should be horsewhipped for allowing it.”

“I’ll see to it he horsewhips you if you don’t let me go.” Kate gave a hopping step and smashed her foot down on top of his.

For the briefest moment, they stood pressed together in a warm embrace that made Kate tingle all over. Then outrage swept through her, and she pushed him away. “How dare you,” she seethed, trying to pull away from him.

“That was your fault, and you know it. And if you make a scene that results in me having to marry you, I swear I will lock you in the tower at my grandfather’s castle and throw away the key.” Lord Haversham righted himself and smiled at her with clenched teeth.

Miss Katherine Locke is irked to start her third season dancing with the disagreeable Lord Haversham, her brother’s friend and her own arch enemy. After three years out, however, she’s finally interested in the dashing Lord Finley—only to find out her cousin has set her cap for him too. To make the man jealous, Kate feigns interest in Lord Haversham, only to be shocked to find the handsome lor
d apparently falling for her. With time running out, should she accept his suit and risk falling in love despite herself?

Marcus, Lord Haversham, is in a tight pinch. His estates are failing and worse, he’s just lost three thousand pounds to his best friend, Lord Ainsley. Ainsley’s solution: have Marcus marry his shrewish sister and he’ll cancel his gambling debt plus give him ten thousand more pounds for her dowry. With nowhere to turn, Marcus agrees, praying he can keep word of the wager from Miss Locke long enough to charm her into marrying him. But can he avoid falling in love himself?

Jenna Jaxon is a multi-published author of historical and contemporary romance.  She is currently finishing revisions to her fifth full length novel, To Woo A Wicked Widow, set in Regency England and the first book in her five part series, The Widow’s Club.

Only Marriage Will Do, second book in her Georgian House of Pleasure series is with the editor. Her medieval trilogy, Time Enough to Love, is being published by Rising Phoenix Publications. Book 1, Betrothal is currently available.  Book 2, Betrayal, will be available later this fall.

Jenna has been reading and writing historical romance since she was a teenager.  A romantic herself, she has always loved a dark side to the genre, a twist, suspense, a surprise.  She tries to incorporate all of these elements into her own stories. She lives in Virginia with her family and a small menagerie of pets.  When not reading or writing, she indulges her passion for the theatre, working with local theatres as a director.  She often feels she is directing her characters on their own private stage.

She has equated her writing to an addiction to chocolate because once she starts she just can’t stop.