BOOK BLAST: BACK TO THE BEGINNING by Christina Ann Gist Plus Giveaway!

Previous articleBOOK BLAST: THE LADY AND HER CHAMPION by Sara R. Turnquist Plus Giveaway!
Next articleGUEST BLOG: Adventure by Chicken Bus, An Unschooling Odyssey through Central America Janet LoSole Plus Giveaway!

Mer Harbor is a small, coastal town in Southern California. Everyone knows everyone, and nothing is a secret among Mer Harbor residents. Some hope to escape someday, while others find the charm of the town enticing and never leave. Everley Romero and Heath Mitchell had always planned to take on the world together. To leave Mer Harbor and pursue their dreams. It all seems to crumble when a tragic loss sends them in different directions. Almost ten years later, Everley finds herself on the receiving end of a bitter divorce, leaving her no choice to return to the home—and past—she’d hoped to leave behind for good. Heath is building a good life for himself in Mer Harbor. When he crosses paths with Everley, he learns that they’ll both have to face a past full of heartbreak and loss that they’ve both tried to bury.

Christina Ann Gist will be awarding a $10 Amazon or Barnes & Noble gift card to a randomly drawn winner via Rafflecopter during the tour. 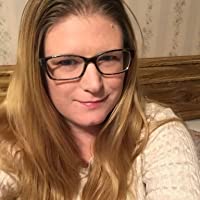 Telling stories before she could even write, Christina grew up knowing she wanted to be an author. She “published” her first stories with construction paper and handwritten pages for her family and friends. Now, with the magic of technology, she’s able to share her characters and stories with the world.

When she’s not writing, you can find her dabbling in her other favorite hobbies such as photography, stargazing, and of course: looking for her next adventure.