GUEST BLOG: The Simplicity of Writing by Gene Desrochers Plus Giveaway!

Previous articleGUEST BLOG: The “What If” Factor in Fiction Writing by Kerry Peresta Plus Giveaway!
Next articleBOOK BLAST: HE’LL BE WAITING by Liz Alterman Plus Giveaway! 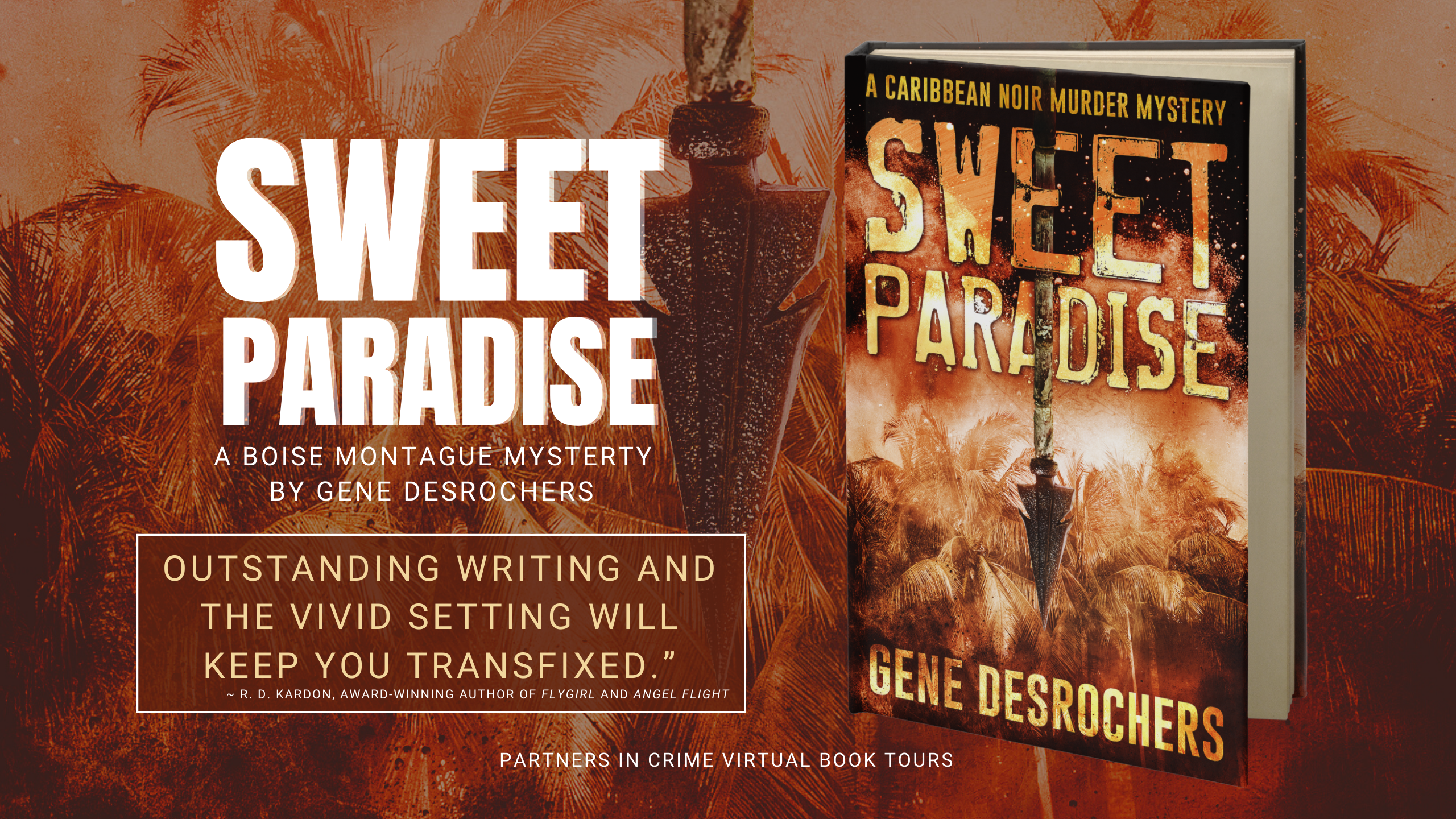 I think about perseverance a lot. A whole lot.

Writing a novel tests your perseverance every time. That blank page, the squirrely idea that won’t meld into a coherent story. You stick it out for months and come up with a rough draft. Then you think, “Now I’ve got a handle on the basic story. I’ll polish it up, and be ready to publish in no time.” That’s what I thought when I finished my first draft of novel number one. Wow, was I ever wrong.

Persistence. You’ve stenciled eighty to one-hundred thousand words onto three or four hundred sheets of digital or physical paper. A moderately coherent story that a drunken meth-addict might be able to follow if he has an I.Q. of fourteen-hundred rises from the words like silken mist. You want to call it a day. Stick it in a drawer and say, “I wrote a novel. It’s done.” The word-count says ‘I’m a novel.’ No one can argue the fact. What do I need to publish for? I wrote it for myself.

If you are an author, you want your work out in the world. You want your children to become self-sufficient adults, not lazy bums who lay on your couch all day and eat all your ice cream. So, on you plow.

That rough draft is no more a novel than an egg is a chicken. The egg cannot crow at sunrise or eat the dried corn you leave on the dusty patio. Nor will it make a mess or, as with my friend’s chicken, Steven (we are gender-neutral when it comes to names), let you pick them up and pet their plush back.

The egg has to incubate. Incubation is a very simple concept for a chicken egg. Please sit. And sit. And keep sitting. Stay seated on top of the egg. That’s it. The chicken simply sits in one spot. The egg stays warm and eventually, if it’s fertilized, will become a chick which, if it survives the hawks, will grow into a chicken.

Simple but not easy. That’s one of my sayings for a specific thing that over time I’ve realized applies to a great many things. Sitting on the egg is a lot like that. Another infamously simple activity is mediation. Come to think of it, meditation and incubation have a lot in common. People find meditation extraordinarily difficult. They want to know how it’s done.

When I recommended meditation to him, my buddy said to me, “But I don’t know how to do it. I need to learn how to do it.”

“But there must be more.”

He never took up meditating.

And there’s the rub. We want things to be more complicated because the doing is hard. Most things are simple to do, but we want to complicate them. We want to keep working on what we need to know before we start doing it, rather than actually doing it.

Writing is a lot like that. Once you are literate (meaning you know how to read and write, not that you are “into” literature), writing is about as simple a thing as there is in the world. You take a pen, or a word-processor, paper or plug, and you move your hand or fingers and words appear on a blank white page. Voila!

If you want to share that writing with others, then you get into additional layers of perseverance. You must craft what you’ve written. Magic those dark letters on the white page into something someone else can comprehend without doing drugs.

It takes perseverance to see the novel through to the completed, published, polished work that you can hand proudly to a friend and say, “Hey, would you like to read my new book?”

Lots of little things arise to block your path, even after you’ve edited the story into something coherent. The cover is the wrong size, the formatting keeps shifting around, and there always seems to be one more typo that you didn’t catch despite reading every sentence fifteen times.

The chicken is probably sick of sitting on the egg, one day before the chick will hatch. The mama chicken keeps sitting. Keep writing. Keep editing. 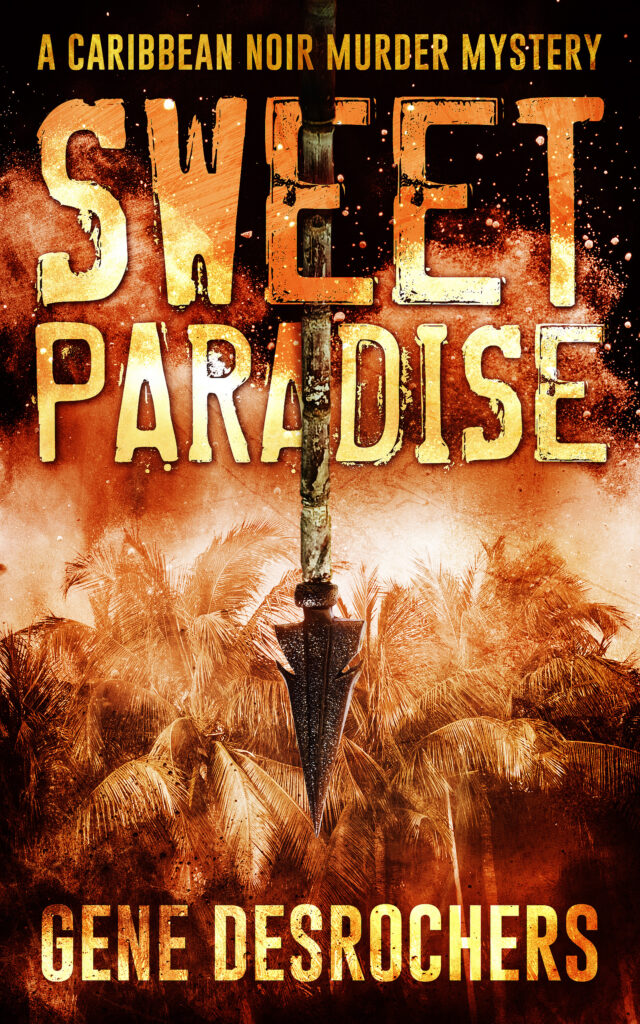 In this harrowing Caribbean noir murder mystery, we meet Private Investigator Boise Montague, a man on the brink who is trying to get his life together after his wife died. He has returned to his childhood home and he’s started a private investigator firm of one. Since returning, his drinking has accelerated and he needs clients desperately before the life insurance money dries up.

Enter Junior Bacon, grandson of Francine Bacon of the Bacon sugar and rum empire. Granny’s gone missing and Junior wants Boise to figure out what happened.

As Boise delves into the mystery of the missing matriarch, a reporter associated with her winds up dead in his new office, dramatically raising the stakes. Now Boise must contend with questions from the police, the newspaper president, and the reporter’s widow.

As Boise investigates he uncovers surprising truths about a woman seeking redemption, a family on the brink, and why no matter how hard we try, the past can sometimes never be fixed.

In the end, Boise must not only confront a killer, but the island’s dark history and his own inner demons.

“Boise Montague, intrepid St. Thomas, V.I. private investigator, returns in SWEET PARADISE. Talented author Gene Desrochers delivers a suspense-filled tale overflowing with duplicitous characters and greed-driven agendas in lushly authentic Caribbean environs. A mature generation is determined to hold tight to the empire that provides them with every luxury, while the next generation attempts to fulfill its dreams … Others will compromise all that is decent. And Boise Montague will do what he does best as he separates the winners from the losers and the innocent from the guilty. A 5-star read.”
— Laura Taylor – 6-Time Romantic Times Award Winner

“Boise is back! Gene Desrochers returns his readers to the island paradise of St. Thomas. You’ll feel the warm tropical breeze as Private Investigator Boise Montague must discover [what happened to] the matriarch of a wealthy island rum producer. The deeper he digs, the closer he gets to his own mortality. Wandering and sometimes stumbling through his investigation, Boise learns about family secrets—and they could kill him. Outstanding writing and the vivid setting will keep you transfixed.”
— R. D. Kardon, award-winning author of Flygirl and Angel Flight

This is a Rafflecopter giveaway hosted by Partners in Crime Virtual Book Tours for Gene Desrochers. There will be two (2) winners. Each winner will receive an Amazon.com gift card. The giveaway begins on April 5, 2021, and runs through May 9, 2021. Void where prohibited. 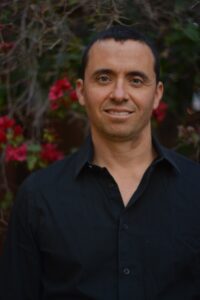 Gene Desrochers hails from a dot in the Caribbean Sea called St. Thomas. He grew up with minimal supervision and free-roaming animals in a guesthouse that also served as a hospital during wartime. If you ask, he will regale you with his Caribbean accent and tennis prowess.

After a lifetime of writing and telling short stories, he ventured into the deep end, publishing his first novel, Dark Paradise in 2018. Sweet Paradise is Gene’s second published novel in the Boise Montague Series.

He lives in Southern California with his wife, step-daughter, and two cats.