NEW RELEASE: ALL AGAINST ALL: The Long Winter of 1933 and the Origins of the Second World War by Paul Jankowski 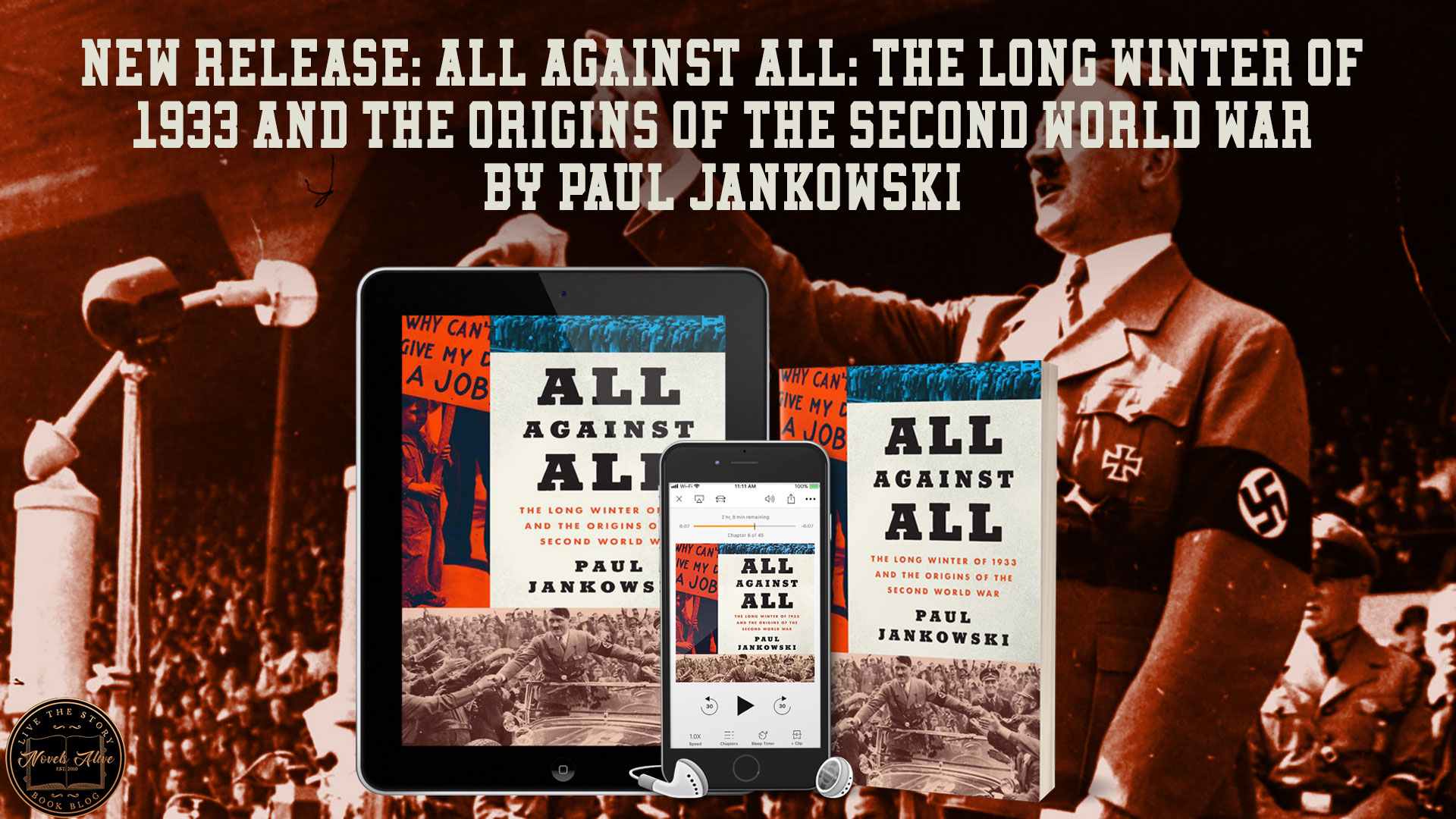 A narrative history, cinematic in scope, of a process that was taking shape in the winter of 1933 as domestic passions around the world colluded to drive governments towards a war few of them wanted and none of them could control.

All Against All is the story of the season our world changed from postwar to prewar again. It is a book about the power of bad ideas—exploring why, during a single winter, between November 1932 and April 1933, so much went so wrong. Historian Paul Jankowski reveals that it was collective mentalities and popular beliefs that drove this crucial period that sent nations on the path to war, as much as any rational calculus called “national interest.”

Over these six months, collective delusions filled the air. Whether in liberal or authoritarian regimes, mass participation and the crowd mentality ascended. Hitler came to power; Japan invaded Jehol and left the League of Nations; Mussolini looked towards Africa; Roosevelt was elected; France changed governments three times; and the victors of 1918 fell out acrimoniously over war debts, arms, currency, tariffs, and Germany. New hopes flickered but not for long: a world economic conference was planned, only to collapse when the US went its own way.

All Against All reconstructs a series of seemingly disparate happenings whose connections can only be appraised in retrospect. As he weaves together the stories of the influences that conspired to lead the world to war, Jankowski offers a cautionary tale relevant for western democracies today. The rising threat from dictatorial regimes and the ideological challenge presented by communism and fascism gave the 1930s a unique face, just as global environmental and demographic crises are coloring our own. While we do not know for certain where these crises will take us, we do know that those of the 1930s culminated in the Second World War.

Paul Jankowski is the Ray Ginger Professor of History at Brandeis University. He grew up in Geneva, New York, and Paris, and attended international schools before taking undergraduate and graduate degrees at Balliol College, Oxford. He is the author of several books, including most recently Verdun: The Longest Battle of the Great War. He currently works on the disintegration of the world order in the era between the world wars, and lives in Cambridge, Massachusetts.