GUEST BLOG: How I Nearly Died On a Soviet Fishing Boat by Blair Denholm Plus Giveaway! 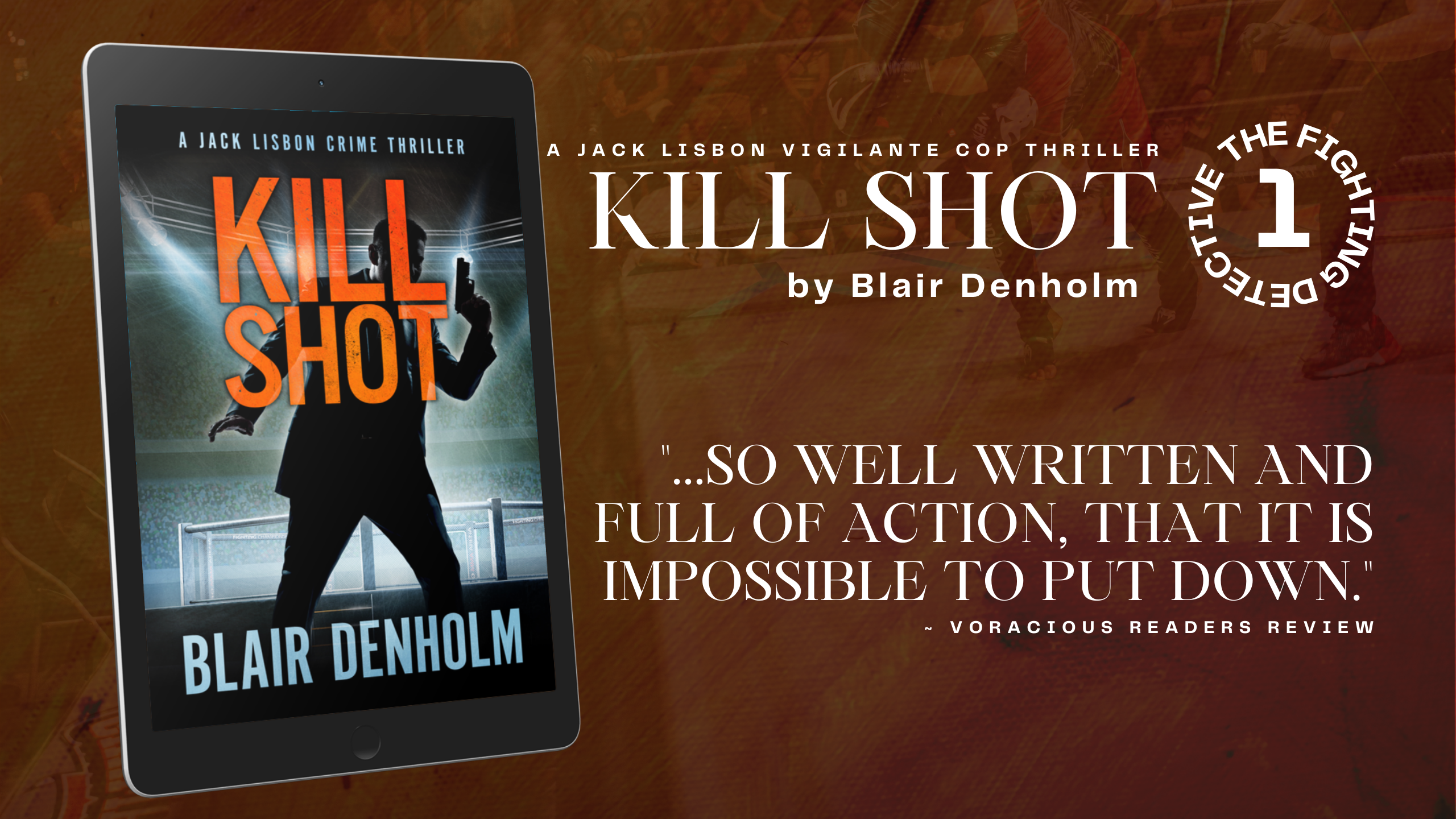 Nearly 30 years ago, I was “lucky” enough to secure passage on a Russian/Soviet fishing boat called the Tavrida. In fact, it was based out of Ukraine, so technically it was a Ukrainian boat, however, virtually all the crew were ethnic Russians. At 82 metres long and neck-stretchingly tall for a fishing boat, the Tavrida was a rusty concrete behemoth built in East Germany in 1969. The boat had been docked in Hobart, capital of the Australian state of Tasmania, waiting for the green light to sail to New Zealand. By dint of my profession as a Russian-language translator with an international conservation organisation, I enquired of the captain if I might join the crew on the voyage. I was a young man and the experience would be one to remember. And so it turned out to be, if only for the right reasons!

The Tavrida was a robust commercial trawler designed to operate on the high seas. On its latest mission, it had been chasing the fish stocks of the Southern Ocean surrounding Antarctica. The vessel was targeting the valuable Patagonian toothfish and other species, but the time had come for some repairs. Namely, a repaint of the corroding hull. The captain, Georgi, a man with a well-developed sense of economy, determined it would be cheaper to purchase the sand needed to blast the hull in Tasmania, then sail to Lyttleton, New Zealand, to carry out the basting and painting there since labour costs were lower across the Tasman Sea. As it turned out, that load of sand in the fish hold, occupying a space where the catch would normally be landed, would come to play a key role in saving the lives of every soul on board the vessel.

And so the time came for departure, a cold, windy and wintery day in Hobart, July 1992. The weather forecast for the initial part of the journey was for blustery squalls and lots of rain. But that didn’t worry anyone, after all, the Tavrida had seen service in the most savage of Antarctic conditions. The journey from Tasmania to New Zealand would be a walk in the proverbial park.

The first night out from Hobart and the entire crew, save for the teetotalling doctor, were drunk as…well…sailors. I, too, had imbibed more than my share of homemade vodka, distilled from seawater right there on the vessel. Add into the mix the fact it was Fisherman’s Day (there was a national day for every profession you can imagine in the USSR, and this carried across to the newly independent countries of Russia and Ukraine), and it was plain that spirits were high and physical capabilities were low. The promised stormy weather came but it didn’t spoil the party, and the intrepid ship ploughed ahead into the inky black night. Until…a vital piece of equipment decided to pack it in and all hell broke loose.

I’d be making things up if I tried to describe exactly what went wrong in a mechanical sense, suffice to say it had something to do with the ship’s ability to steer. In short, it lost said ability. In massive, crashing waves that grew by the minute in size, frequency, and intensity, it was impossible to turn the vessel into the waves (pitching), instead, the poor Tavrida was spun side-on to the waves (rolling). The second mate, a panicky wee man I came to dislike immensely, ran around screaming for everyone to get their life jackets on and prepare to jump overboard into the freezing water. The boat was listing back and forth so violently, it was only a matter of time until we capsized, with no chance of survival as the sinking ship dragged everyone under with it. As an honoured guest, I was provided refuge in the doctor’s cabin. It was equipped with a bed on a swivel that could remain horizontal no matter the roughness of the seas. Well, in theory, it could. The ship rocked so much, bottles of medicine flew from shelves and shattered on the floor, against walls or whatever they struck. My heart was beating out of my chest and I was sure I was going to die. I waited and prayed like a good atheist to a God I suddenly found I needed. I wonder how many other non-believers instantly convert in such situations? A series of heads peered around the door of the cabin, told me to lie down and wait for further instructions. The fear was so great I was convinced my beating heart was working its way up my throat and I’d soon spit it out onto the floor. And so I waited, minutes seeming hours, hours an eternity.

What below decks was retold to me later. With most crew members severely inebriated, including the irresponsible Captain Georgi, snoring his head off in the wheelhouse, the doctor, the only sober person on board, was handed a giant wrench and sent down a ladder into the engine room. From the latch above, the chief engineer yelled obscure instructions, and the poor medic battled as best he could in unfamiliar territory. Whatever he did, it worked. With the captain unconscious, the first mate managed to get the boat pointing into the waves and everyone heaved a collective sigh of relief.

I vividly remember the next morning, standing on deck and watching dolphins swimming beside the boat in water flat as a millpond and clear as crystal.

And that sand I mentioned? Apparently, its bulk was sufficient ballast to stop the boat from capsizing. A degree or two more of list and it would’ve been game over. Had the captain decided to purchase the sand in New Zealand and sailed with an empty fish hold, the boat would certainly have flipped and everyone would have perished.

I spent the next two weeks living onboard the Tavrida, berthed in the beautiful port town of Lyttleton. When the paint job was completed, the second mate asked if I was ready to sail back home again. I had to say sorry, no, because I’d already purchased my plane tickets. Prior to writing this post, I looked up an international vessel register to see what had become of the Tavrida. Final destination, the Alang ship breaking yards in India, a fitting fate for a craft that was nearly my coffin. 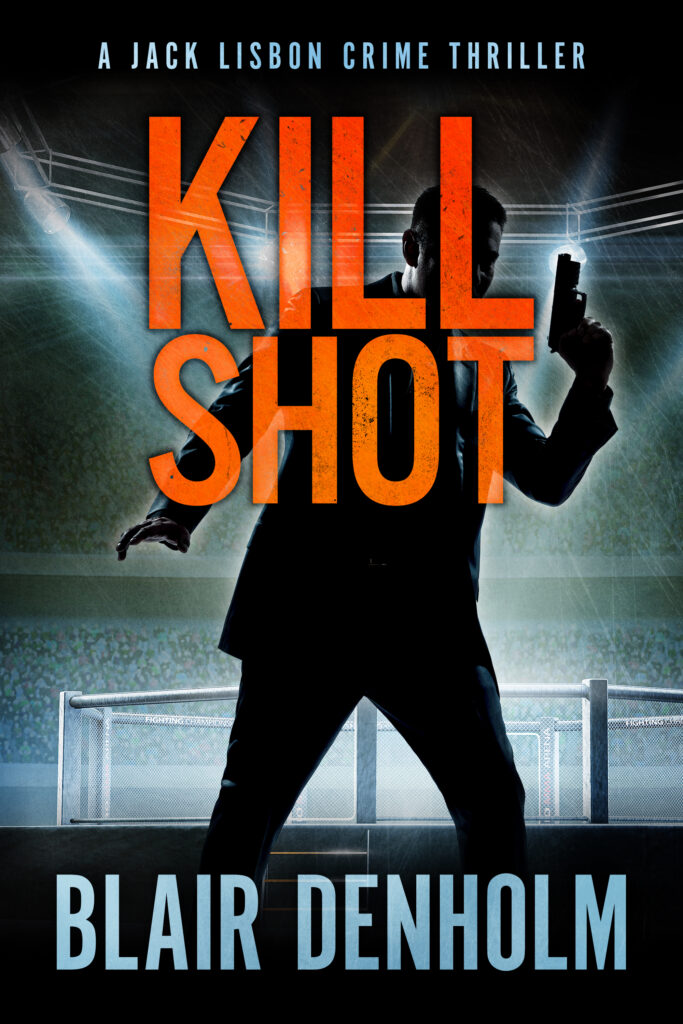 Detective Sergeant Jack Lisbon travelled halfway round the world to escape his troubled past. Mutilated bodies were never part of the plan.

A body found in the mangroves at first appears to be evidence of a frenzied crocodile attack. But it soon becomes obvious this is a horrific murder.

And when a popular MMA fighter disappears, police now face a possible double homicide. The list of suspects grows longer, but no one in the closed fighting community is talking.

Can hard-nosed ex-boxer Detective Sergeant Jack Lisbon solve the mystery before the panicked town of Yorkville goes into total meltdown?

Join DS Lisbon and his partner Detective Claudia Taylor on a heart-thumping ride through the steamy tropics of Northern Australia as they hunt for a killer out of control.

Justice served with a side order of vengeance.

This is a Rafflecopter giveaway hosted by Partners in Crime Virtual Book Tours for BLAIR DENHOLM. There will be 1 winner of one (1) Amazon.com Gift Card (U.S. ONLY). The giveaway runs July 1, 2021, through August 1, 2021. Void where prohibited. 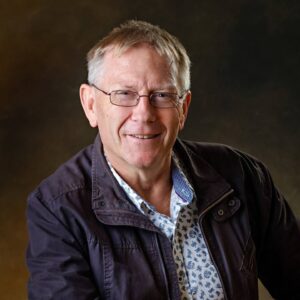 BLAIR DENHOLM is an Australian fiction writer and translator who has lived and worked in New York, Moscow, Munich, Abu Dhabi and Australia. He once voted in a foreign election despite having no eligibility to do so, was almost lost at sea on a Russian fishing boat, and was detained by machine-gun toting soldiers in the Middle East. Denholm’s new series, The Fighting Detective, starring ex-boxer Jack Lisbon, is now up and flying with the first two installments, Kill Shot and Shot Clock. The series is set in tropical North Queensland, Australia, and features heavy doses of noir crime with a vigilante justice twist. Expect at least six novels with Detective Lisbon, his fellow cops and a host of intriguing characters.

Denholm’s debut crime novel, SOLD, is the first in a thrilling noir trilogy, featuring the detestable yet lovable one-man wrecking ball Gary Braswell. The second exciting book in the series, SOLD to the Devil, was released in June 2020. The final episode, Sold Dirt Cheap, will see the light of day in 2022.

Finally, Denholm is working on a crime series set in Moscow just prior to the collapse of the Soviet Union. Captain Viktor Voloshin is a hard-boiled investigator who has to fight the establishment in order for justice to be served, in his own special way. The first in this series, Revolution Day, will be published in October 2021.