NEW RELEASE: ALL OUR SHIMMERING SKIES by Trent Dalton

From the internationally bestselling and beloved author of the critically acclaimed Boy Swallows Universe, a mesmerizing, uplifting novel of adventure and unlikely friendships in World War II Australia—calling to mind The Wizard of Oz as directed by Baz Luhrmann.

Darwin, 1942. As Japanese bombs rain down on her hometown, newly orphaned Molly Hook looks to the skies and runs for her life. Inside a duffel bag, she carries a stone heart and a map that will lead her to Longcoat Bob, the deep-country sorcerer whom she believes cursed her family. Accompanying her are the most unlikely traveling companions: Greta, a razor-tongued actress, and Yukio, a Japanese fighter pilot who’s abandoned his post.

With messages from the skies above to guide them towards treasure, but foes close on their trail, the trio will encounter the beauty and vastness of the Northern Territory and survive in ways they never thought possible.

A story about the gifts that fall from the sky, curses we dig from the earth, and secrets we bury inside ourselves, Trent Dalton’s brilliantly imagined novel is an odyssey of true love and grave danger, of darkness and light, of bones and blue heavens. It is a love letter to Australia and an ode to the art of looking up—a buoyant and magical tale, filled to the brim with warmth, wit, and wonder. 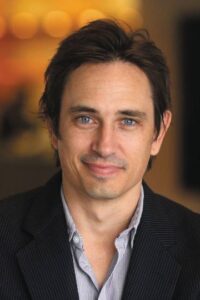