What is the sweetest thing someone has done for you?

I don’t know how to measure sweetness, but one image leaps up. This happened fourteen years ago. My throat tightens just to think of it. I flew to California to help my younger sister Jane as my father with Alzheimer’s disease was moved to a memory care home near one of my brothers. Dad was to leave a VA hospital and fly directly to the nursing home assisted by that brother. This was hard on all of us, sad and scary. Jane and I went to Dad’s home, responsible for getting suitcases ready and putting the condo in order. My father had memory problems, but the memories that erupted as we worked broke us into an even deeper kind of sisterhood. Afterward, we were a wreck, emotionally and physically. We decided to grab some dinner away from the house. I drove and when we arrived at the restaurant, Jane went in while I parked. When I came in Jane stood just inside the entry. She said, “Right this way, Susie!” She acted as a host, ushered me to a table, and pulled back a chair to a seat where a glass of my favorite wine and hot rolls already awaited me. I don’t know how she made it happen so quickly, but the sweetness was in the context. She and I had been through that physically and emotionally grueling day together. She was as worn and felt it as much as I. Still, she created this singular thank you for me.

Where do you get your best ideas?

My ideas begin as images, often dream images. I practice what is known as “the morning pages.” This is how it works:  As soon as your life permits, get your coffee and sit somewhere quiet each day. Use a journal. If you have an image from a dream, simply put your pen down and let it flow. Don’t stop to think. Try for two quick pages or 10-15 minutes or whatever goal you can manage. If you don’t have a dream image, choose whatever comes up, especially if it seems like something you’d rather not explore. Some people use other kinds of prompts, but this is a prompt from the “inside self,” the one you don’t know so well.

What comes first, the plot or characters?

My characters come first. Often, I begin with an image that involves a character. What is happening to that character? That is rarely the first thing happening in the story, but a central thing. I write what leads up to it for that character and then what comes of it. I find the story by writing it. There is a plot there, but in the writing, it’s not so linear. Of course, there are many ways to write good stories. This is only what works for me.

What does your main character do that makes him/her special?

According to his colleague Dr. Watson, Sherlock Holmes is “the best and wisest man” the doctor has ever known. Those are the words that Arthur Conan Doyle put in Watson’s mouth, at least. At the same time, Holmes is not interested in anything that does not help him to solve his cases. He doesn’t care about relationships, or games, or, famously, the solar system. I hope readers will find that my Sherlock Holmes is perhaps better and wiser than ever. 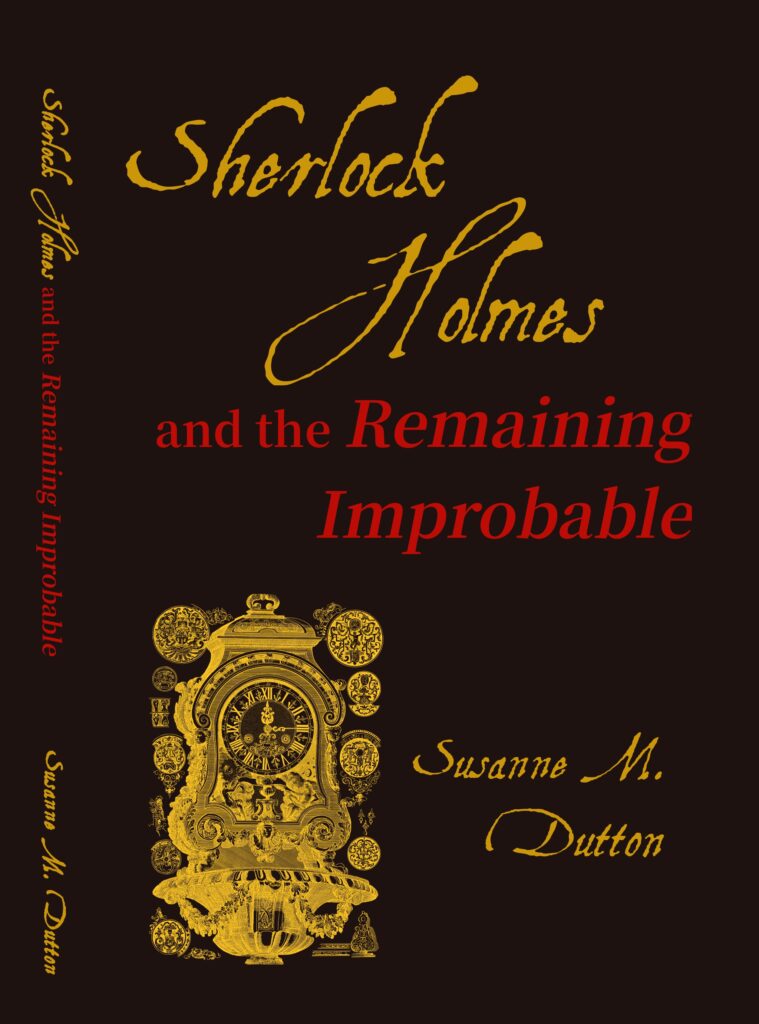 The game is not afoot. The Better-Every-Day world of 1895 is gone, even hard to recall as WWI ends. From his rural cottage, Holmes no longer provokes Scotland Yard’s envy or his landlady’s impatience, but neither is he content with the study of bees. August 1920 finds him filling out entry papers at a nearly defunct psychiatric clinic on the Normandy coast. England’s new Dangerous Drugs Act declares his cocaine use illegal and he aims to quit entirely. Confronted by a question as to his “treatment goal,” Holmes hesitates, aware that his real goal far exceeds the capacity of any clinic. His scribbled response, “no more solutions, but one true resolution,” seems more a vow than a goal to his psychiatrist, Pierre Joubert. The doctor is right. Like a tiny explosion unaccountably shifting a far-reaching landscape, the simple words churn desperate action and interlocking mystery into the lives of Holmes’ friends and enemies both. 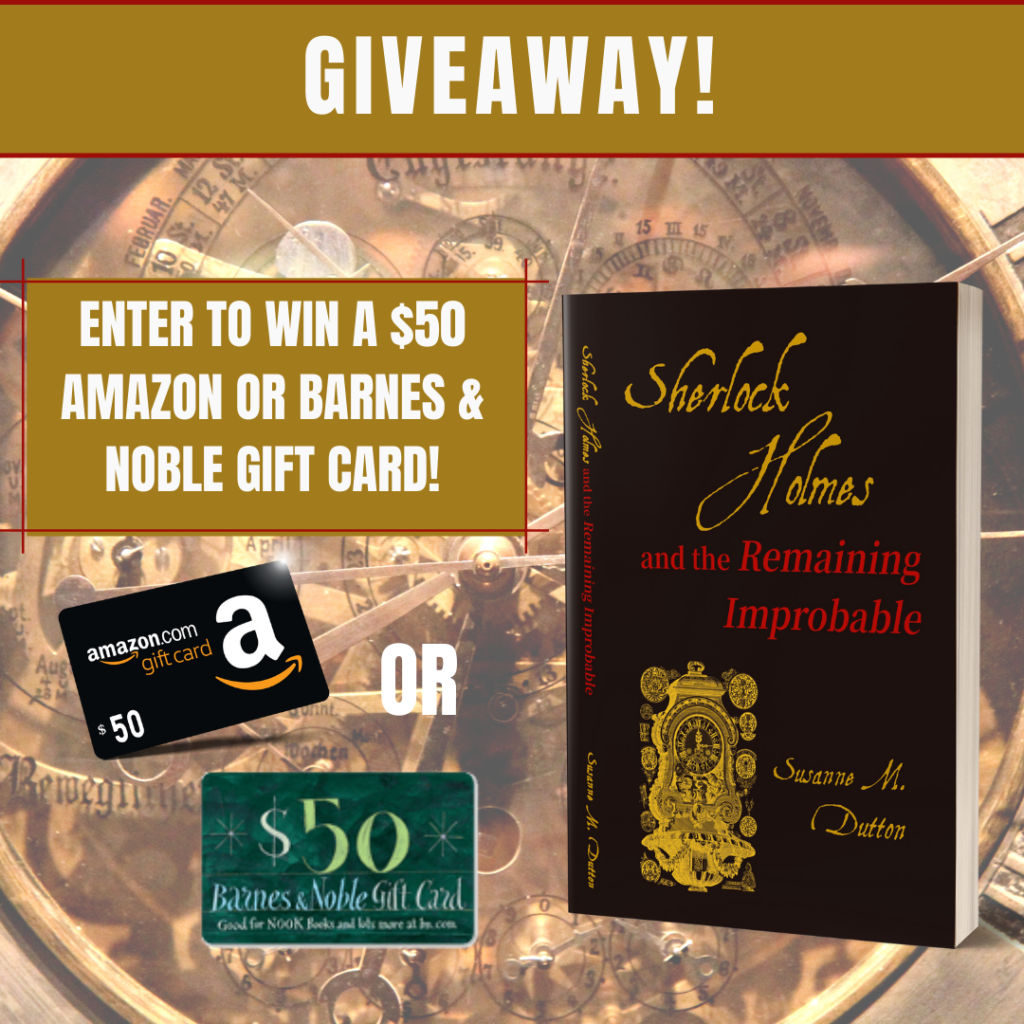 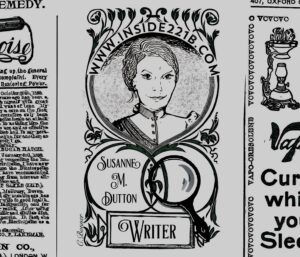 Susanne Dutton is the one who hid during high school gym, produced an alternative newspaper, and exchanged notes in Tolkien’s Elfish language with her few friends. While earning her B.A. in English, she drove a shabby Ford Falcon with a changing array of homemade bumper strips:  Art for Art’s Sake, Forgive Us Our Trespasses, Free Bosie from the Scorn of History. Later, her interests in myth and depth psychology led to graduate and postgraduate degrees in counseling.

Nowadays, having outlived her mortgage and her professional counseling life, she aims herself at her desk most days; where she tangles with whatever story she can’t get out of her head. Those stories tend to seat readers within pinching distance of her characters, who, like most of us, slide at times from real life to fantasy and back. A man with Alzheimer’s sets out alone for his childhood home. A girl realizes she’s happier throwing away her meals than eating them.  A woman burgles her neighbors in order to stay in the neighborhood.

Born in Des Moines, Iowa, Susanne grew up in the SF Bay Area, has two grown children, and lives with her husband in an old Philadelphia house, built of the stones dug from the ground where it sits.