GUEST BLOG: The Importance of Theme in Books by Pamela Gibson Plus Giveaway! 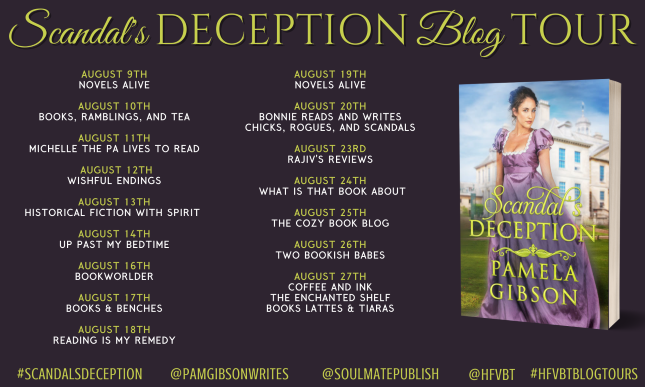 Most novels have good plots, memorable characters, and hopefully, they have themes. The themes are generally stated in the first chapter, are often said by another character, and continually pop up as the action unfolds. Themes can be broad, like good versus evil or fate versus free will. Or they can be a little more specific, like loss of innocence, coming of age, or fear of failure.

I believe novels, even romance novels, should have themes and I have worked hard to include them in my Regency series. Mine are even more specific and, in the case of Scandal’s Deception, I hope the theme inspires.

In the first chapter, my heroine, Jane, is thinking about the advice given by her housekeeper and friend, Maddie. She’s tried to grieve for her dead father, but grief seems stalled, along with everything else in her life at that moment. She remembers Maddie’s advice: everything will come right if you believe in yourself. This theme lodges in her head as she faces a myriad of challenges and when the book ends, the reader is reminded of this theme and hopefully will remember it long after the title fades.

Believing in yourself is difficult for many. I admit to having a doormat stage, where it was just easier to allow people to walk all over me without standing up for myself. I’m not sure when I said, “enough” and began to do what I believed was right for me. But I’m glad I did because believing in yourself can carry you through all kinds of emotional as well as physical perils.

My heroine is “a fish out of water.” She has been uprooted from the only life she knew in an America recovering from the War of 1812. When her father dies, she’s told she is being sent to her mother in London, a woman she thought had died when birthing her. She also discovers her late father had a title, and a few chapters later, she learns she has a twin. Her guardian, a man not much older, is the one charged with teaching her the “rules” young, titled ladies must follow in order to preserve their reputations.

For many, it would all be too much, especially when the mother makes no appearance until the middle of the book. Jane has a strong sense of self-preservation. She is resentful, but she learns. When she meets her twin, she takes to her immediately and is given a choice when asked to do something fraught with danger. Her belief in herself governs her decision and when later, there are even more difficulties, it helps her make choices that she believes are in her best interest.

I really enjoyed writing this book, researching the differences between the life of a country lawyer’s daughter in America and an earl’s daughter in Regency England, and imagining the pitfalls that Jane would encounter as she finally enters society. I hope you like the results. 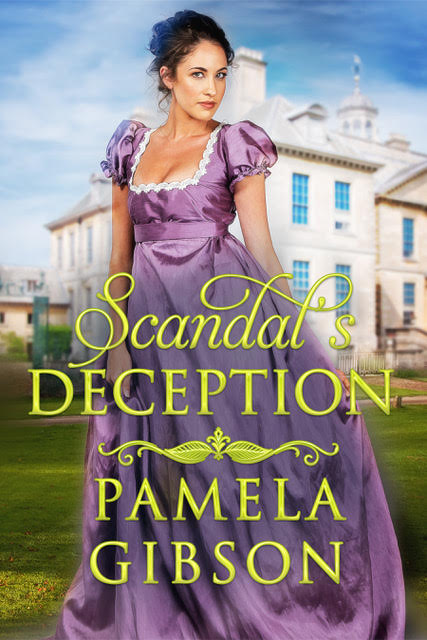 Jane Stafford, raised in America, is shocked to learn she is a wealthy heiress, her late father was an earl, and her English mother is alive. Anxious to meet the woman she long-thought dead, she travels to London, only to be whisked away by her sinfully handsome guardian to a remote estate to be “schooled” in the ways of the ton.

Gilbert Carmichael, Lord Ralston, chafes at having to make a rebellious young heiress acceptable to society, especially one who is impetuous and blatantly democratic. Because the instruction she needs is more than deportment and dancing. It’s also about how to spot a rake who might woo her for her fortune.

When Ralston learns his ward is to be used as a pawn in an elaborate scheme involving a secret impersonation, he will move heaven and earth to keep her safe. Because proximity has brought the uncomfortable knowledge that his interest may be more than duty—it just might be love. 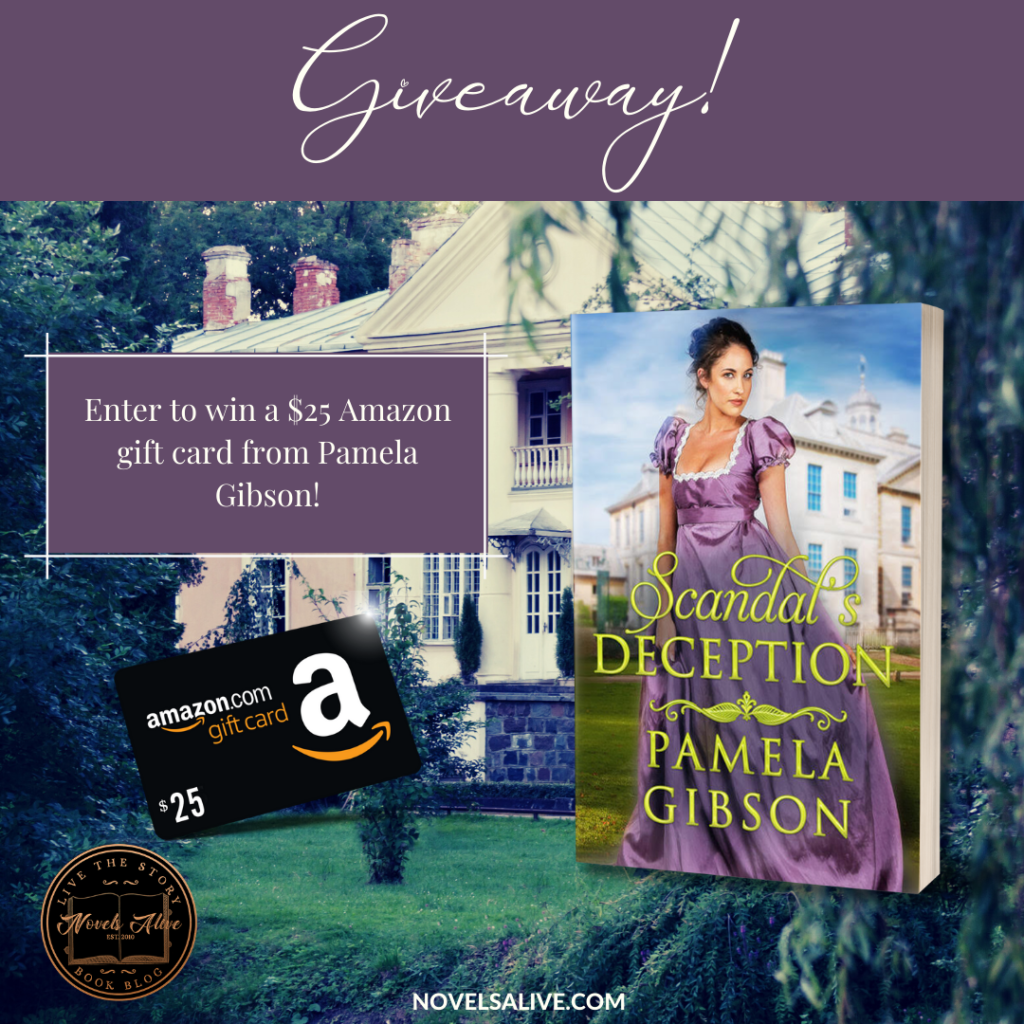 The giveaway is open to US residents only and ends on August 27th. You must be 18 or older to enter. 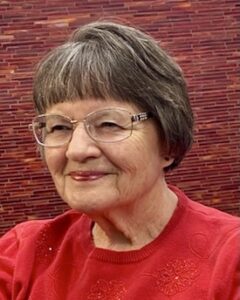 Author of eight books on California history and sixteen romance novels, Pamela Gibson is a former City Manager who now lives in the Nevada desert. She has a bachelor’s degree in history and a master’s degree in public administration, but her passion is and always has been writing.

Having spent three years messing about in boats, a hobby that included a five-thousand-mile trip in a 32-foot Nordic Tug, she now spends most of her time indoors happily reading, writing, cooking and keeping up with the antics of Ralph, her Siamese rescue cat.

If you want to learn more about her activities go to https://www.pamelagibsonwrites.com and sign up for her blog and quarterly newsletter. You can also find her on Facebook, Twitter, Amazon, BookBub, and Goodreads.

Wednesday, August 11
Review at Michelle the PA Lives to Read

Saturday, August 14
Review at Up Past My Bedtime

Wednesday, August 18
Excerpt at Reading is My Remedy

Tuesday, August 24
Excerpt at What Is That Book About