The wildlife theme of this book is the Grevy’s zebra. It might surprise visitors to Africa that zebra are an endangered species as they will see many of them during their game drives. The zebra they usually watch on Kenya’s grasslands and open savannahs are Burchell’s zebra. These pains zebra are flourishing. They are migratory and highly adaptable and can quickly move from one open habitat to another in search of food.

By contrast, the Grevy’s zebra is listed as endangered. Historically, the species inhabited the semi-arid scrublands and plans of Somalia, Ethiopia, Eritrea, Djibouti, and Kenya but is now only found in northern Kenya and a few grassy areas of Ethiopia. It has been declared a protected species in both these countries for several decades but its dramatic decline in population has continued.

The Grevy’s is the largest zebra species, and some have described it as mule-like with a long, narrow head and brown muzzle. Its stripes are thinner than that of the Burchell’s zebra but for me, the distinguishing feature is its large, round ears. Its name derives from Jules Grevy, a president of France, who was sent a zebra in 1882 by Menelik II, the emperor of Abyssinia (now Ethiopia).

The Grevy’s zebra are mobile grazers, and they are efficient at digesting many parts of a plant. But they are dependent on water. They are now often found alongside livestock with whom they compete for this precious resource. Many zebra are forced to drink at night when they are vulnerable to predators. The survival rates of juvenile zebra is low because of this threat and the long distances they travel between water sources. The zebra also compete with sheep and cattle for grazing land and succumb to disease, particularly anthrax, passed on by unvaccinated livestock.

The nomadic pastoralists of northern Kenya have found their traditional way of life threatened by drought and a reduction in available land. Instead, they have settled near watering holes and springs, which restricts access for wildlife, such as the Grevy’s zebra. The land around these settlements is heavily grazed and it’s this loss of habitat that has had the greatest impact on the number of Grevy’s zebra. Other factors include illegal hunting, disease, drought, and fragmented populations. Some Grevy’s join Burchell’s herds and mate with their members.

The Great Grevy’s Rally was conceived by members of Kenya’s Grevy’s Trust as a means to census the species. Since its conception in 2016, the information gathered by participants has been used to estimate the size of the population and, by recording the age and sex, work towards understanding if the population is still declining and in which areas there could be an increase. For instance, where there are three females for every male, there is growth potential and if twenty-five percent of the population is foals, then numbers are likely to rise.

The Great Grevy’s Rally brings together scientists, landowners, conservationists, and members of the public. Each group is given a GPS-enabled camera, which records the time and location of the photograph, which they use to photograph the right side of the zebra. Specialist stripe-recognition software is able to identify the individual, its age and sex, and any repeat sightings.

Most of us are aware of conservation, and the need to protect wildlife in Africa, but most news reports concern the plight of elephants and rhinos. There are numerous other animals, many subspecies of a less endangered species, who are struggling for survival. The Grevy’s zebra is just one of these, but I’ve observed these strange but gentle animals in the wild and I know it would be a huge loss if others cannot continue to see them in their native habitats.

I hope you enjoy reading more about Grevy’s zebra and the Great Grevy’s Rally in Grevy Danger, book 5 in the Kenya Kanga Mystery series. 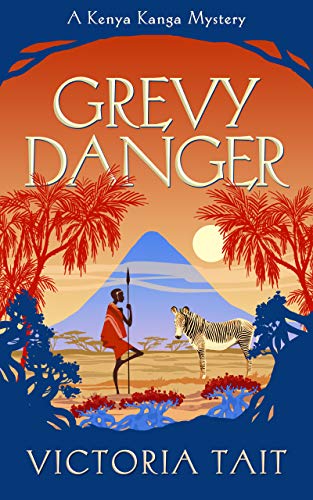 Two deaths. No crime. For this determined sleuth, the answers are not black and white.

Community vet ‘Mama Rose’ Hardie is hoping for peace and tranquility to mourn the death of her faithful husband. But when a woman collapses and dies in her arms, she’s shaken to the core.

She joins an endangered zebra expedition, but alarms bells start ringing when a second woman mysteriously dies in her care.

Despite the lack of evidence and the authorities’ insistence that the tragedies are coincidental, Rose acts on her own instincts to prove they’re deliberate killings. But with clues luring her deep into the corrupt lion’s den, unmasking this deadly plot could claim her last breath

Will Rose’s pursuit of justice lead to her own extinction?

Grevy Danger is the fifth book in the compelling Kenya Kanga Mystery series. If you like intuitive heroines, mysteries full of twists and turns, and sweeping African landscapes, then you’ll love Victoria Tait’s intelligent tale. 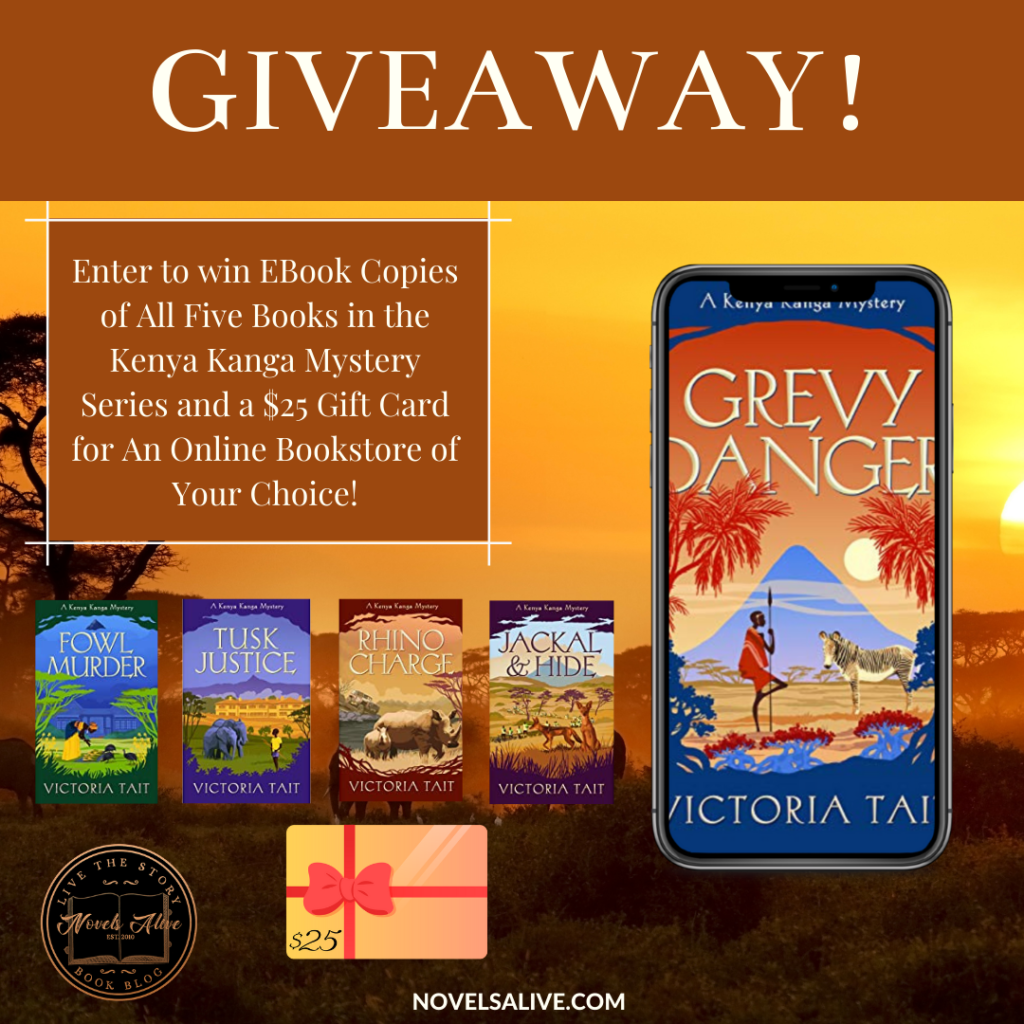 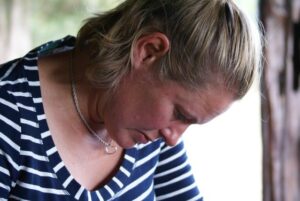 Victoria Tait is the author of the enchanting Kenya Kanga Mystery series. She’s drawn on 8 years experience of living in rural Kenya, with her family, to write vivid and evocative books. Her readers feel the heat, taste the dryness and smell the dust of Africa. Her silver-haired sleuth, “Mama Rose” Hardie, is Agatha Christie’s Miss Marple reincarnated and living in Kenya.

Like all good military wives, Victoria follows the beat of the drum and currently lives in Sarajevo, in Bosnia and Herzegovina. She has two fast-growing teenage boys and enjoys horse riding and mountain biking.

You can find Victoria at VictoriaTait.com, on Bookbub, and in her readers’ Facebook group, Victoria’s Voracious Readers (with her cat Izzy)

August 9 – Reading Is My SuperPower – SPOTLIGHT

August 11 – I Read What You Write – REVIEW, AUTHOR INTERVIEW

August 12 – Escape With Dollycas Into A Good Book – REVIEW