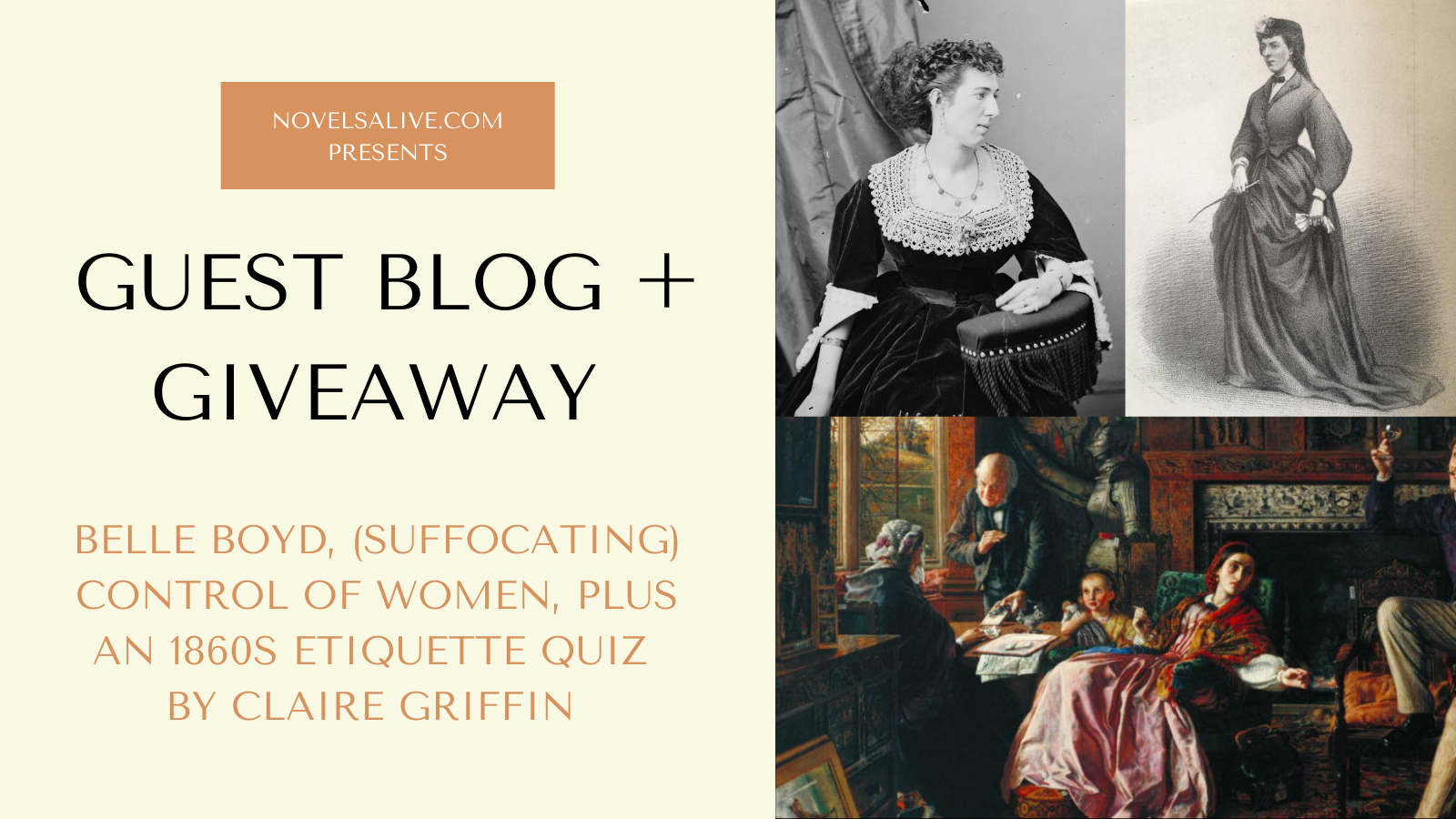 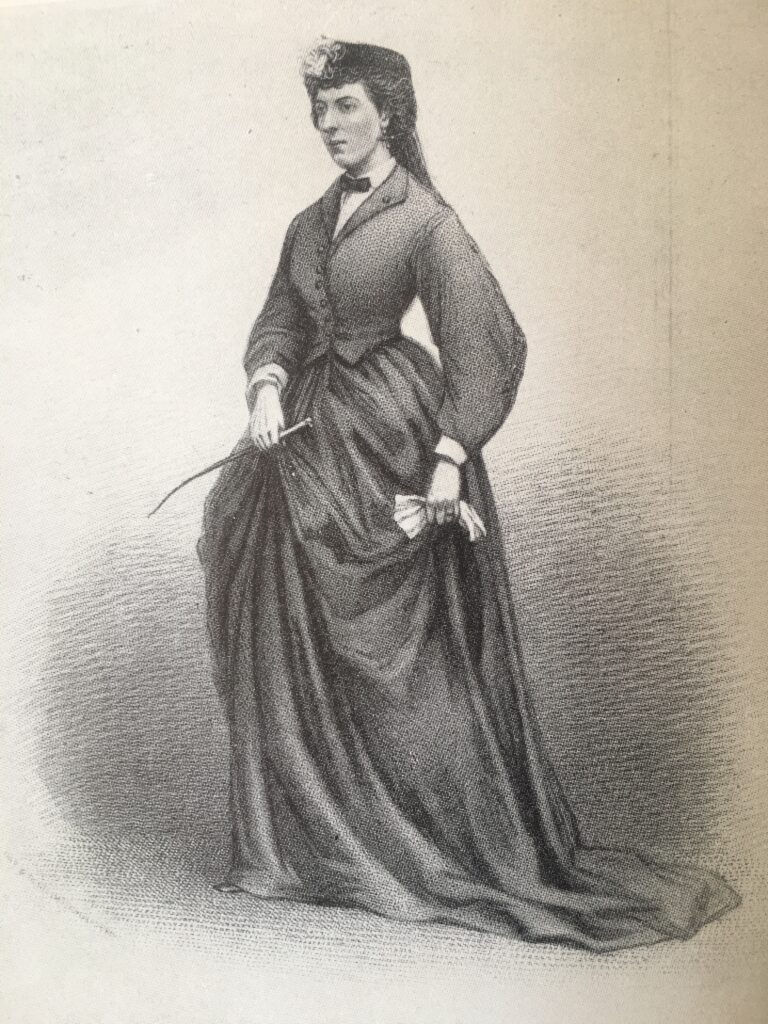 A Rebellious Woman is biographical fiction, based on the life of a real woman, named Belle Boyd who lived from 1844 to 1900.  Born in the part of Virginia that would form the breakaway state of West Virginia during the Civil War, Belle is best known as a reckless teenager who briefly spied for Stonewall Jackson. The story goes that she once ran across an active battlefield to deliver information, returning home with bullet holes in her petticoats. 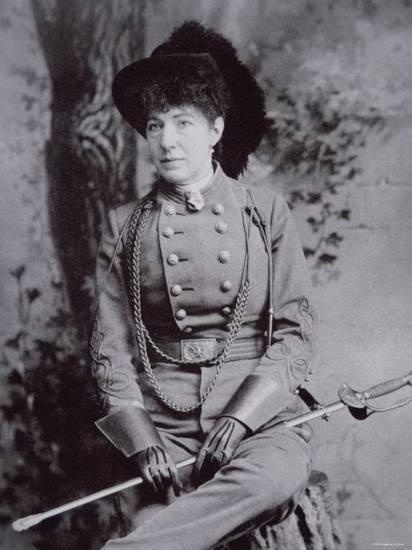 But Belle was rebellious her entire life. She had three husbands, and divorced two of them, at a time when divorce was practically unheard of. Her third husband was half her age. When she was between marriages, Belle supported herself and her children as an actress—also considered shocking. Even more horrifying, she often appeared on stage dressed in men’s clothing. [image 2 wearing trousers] Divorce. Multiple marriages. Acting career. Wearing trousers. None of this shocks us today, but in the context of her times, these were acts of defiance that put Belle well outside the mainstream of acceptable female behavior.

And what exactly was acceptable female behavior? It was during my researches about American life in the 1860s that I learned how extraordinary the era was in its attempts to control the lives of many females. To be a “lady”—a woman of a certain social class – was to lead a truly suffocating existence.

Ladies were controlled in part by burdensome clothing. [image 3 dress] Wide-skirted dresses weighing upwards of ten pounds; more than seven layers of underclothing; tightly laced corsets that could make it difficult to breathe properly; a contraption called a “cage crinoline” (needed to hold out their skirts) that was literally like wearing a birdcage. It is no exaggeration to say that women of this era were tied up and caged. 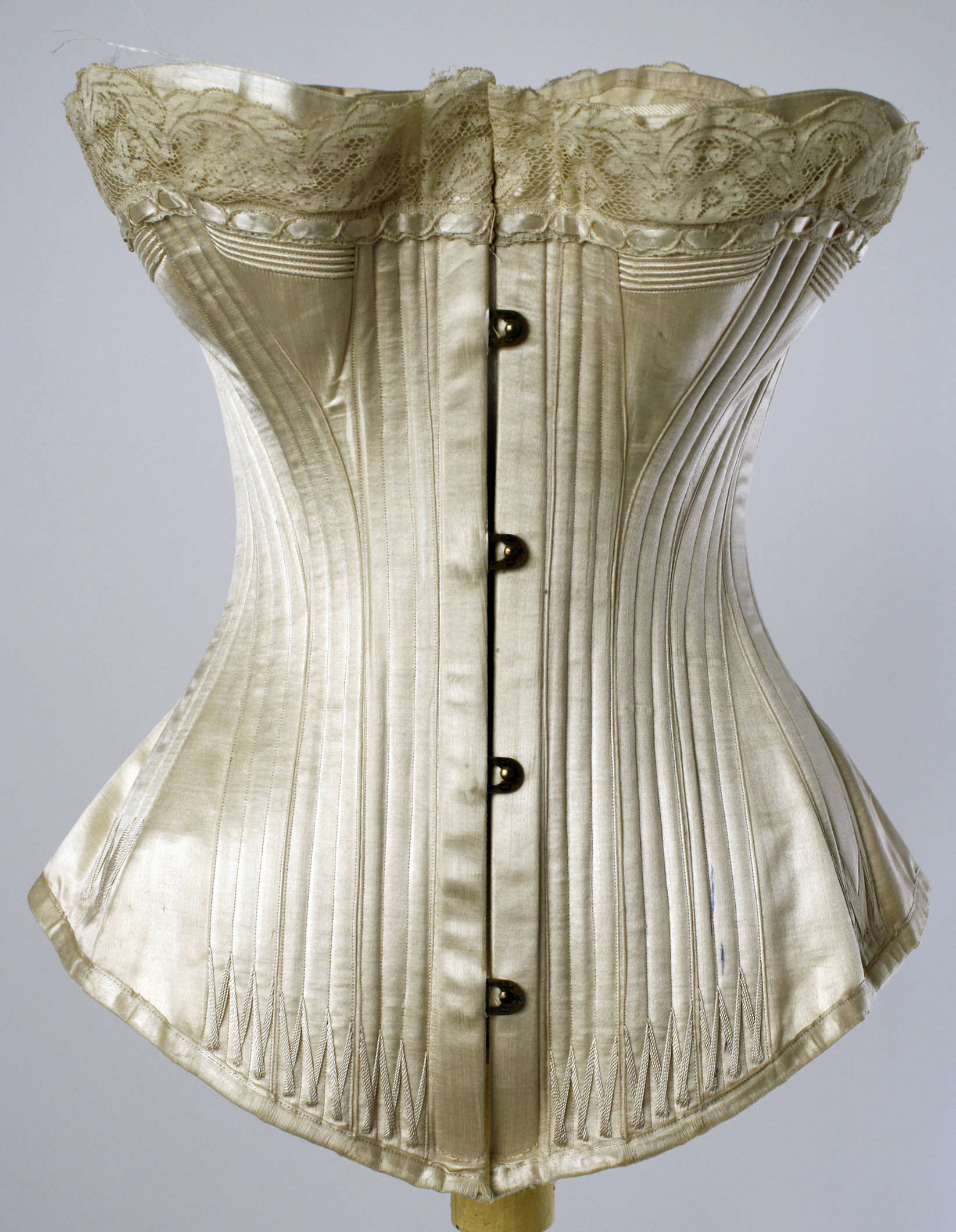 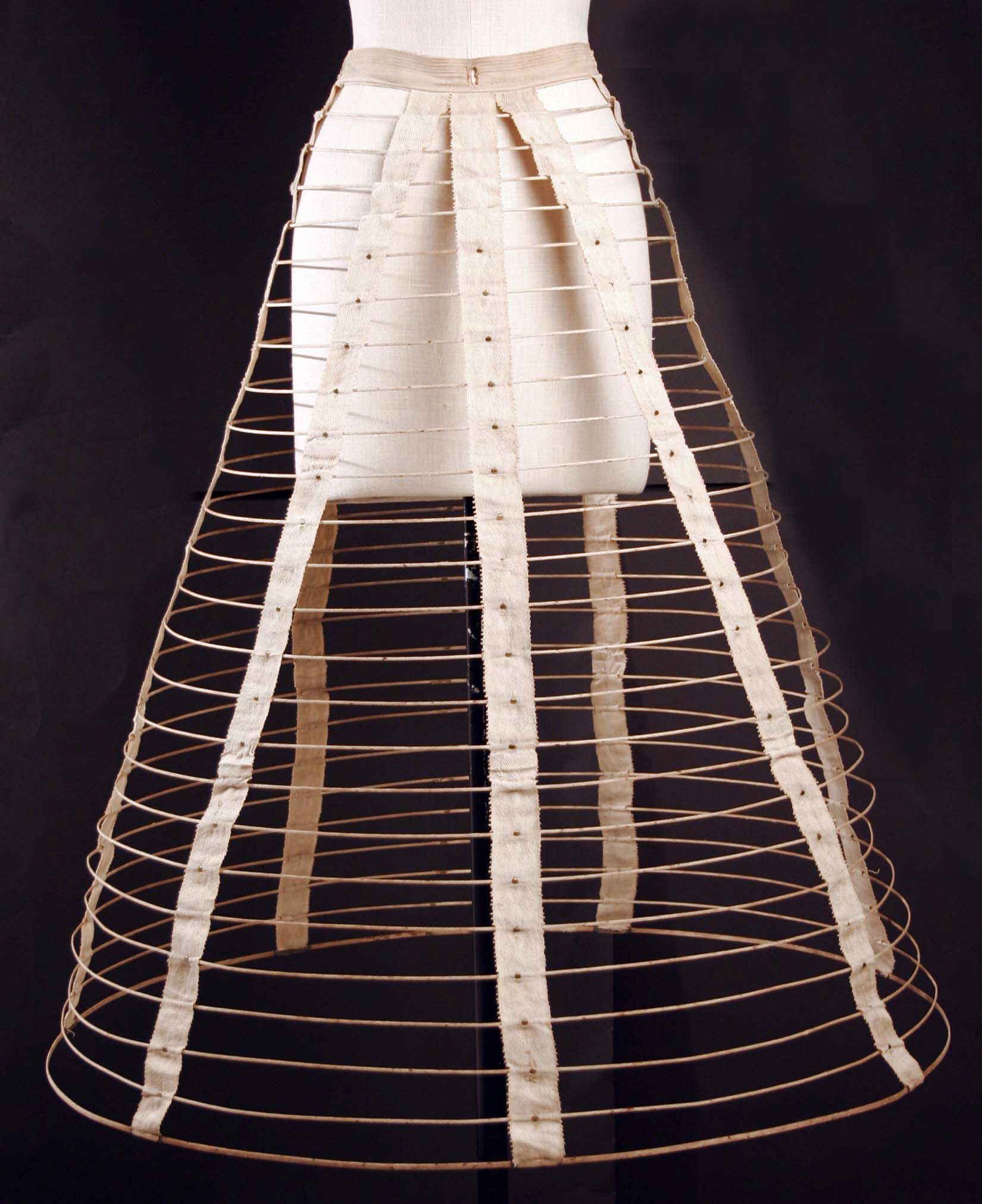 Strangely enough, at a time when sipping a small glass of wine was pushing the bounds of propriety, many women were docile and obedient because they self-medicated with opiates. Laudanum, a potent mix of powdered opium and alcohol, was widely available without a prescription throughout the 1800s.

In the absence of aspirin (not manufactured until the 1890s), laudanum was regularly used as a painkiller and was also a popular sedative. It was thought to be particularly useful in treating “women’s complaints”, such things as menstrual cramps or depression after the death of a child, an all too regular occurrence in the life of a Victorian mother.

Laudanum was commonly dispensed in bottles just three inches high, small enough for a lady to slip into her pocket or drawstring purse and carry with her throughout the day.

There is no evidence that Belle Boyd ever used opiates. Quite the contrary. She was a high-energy woman who charted a life for herself that was full of freedom and adventure. However, it is well-documented that two other women of this period, Mary Todd Lincoln, and Varina, wife of Confederate president Jefferson Davis, both struggled with laudanum addiction during the Civil War.

In addition to oppressive clothing and readily available narcotics, the most direct way in which women were controlled was through a rigid system of etiquette. This strict code of conduct was taught to young girls from the cradle on, by their mothers, grandmothers, aunts, nannies, and virtually all female adults. The rules defined every aspect of female behavior, including how a woman dressed, sat, walked, ate, spoke, and laughed.

Mind you, these incredibly specific rules applied only to women. The rules for men were more general and the consequences for breaking them were not so dire. For a woman who disregarded the rules—a woman such as Belle Boyd—the consequences were grave indeed. She risked developing a reputation as “fast”, which would make it impossible for her to marry the “right sort of gentleman”. 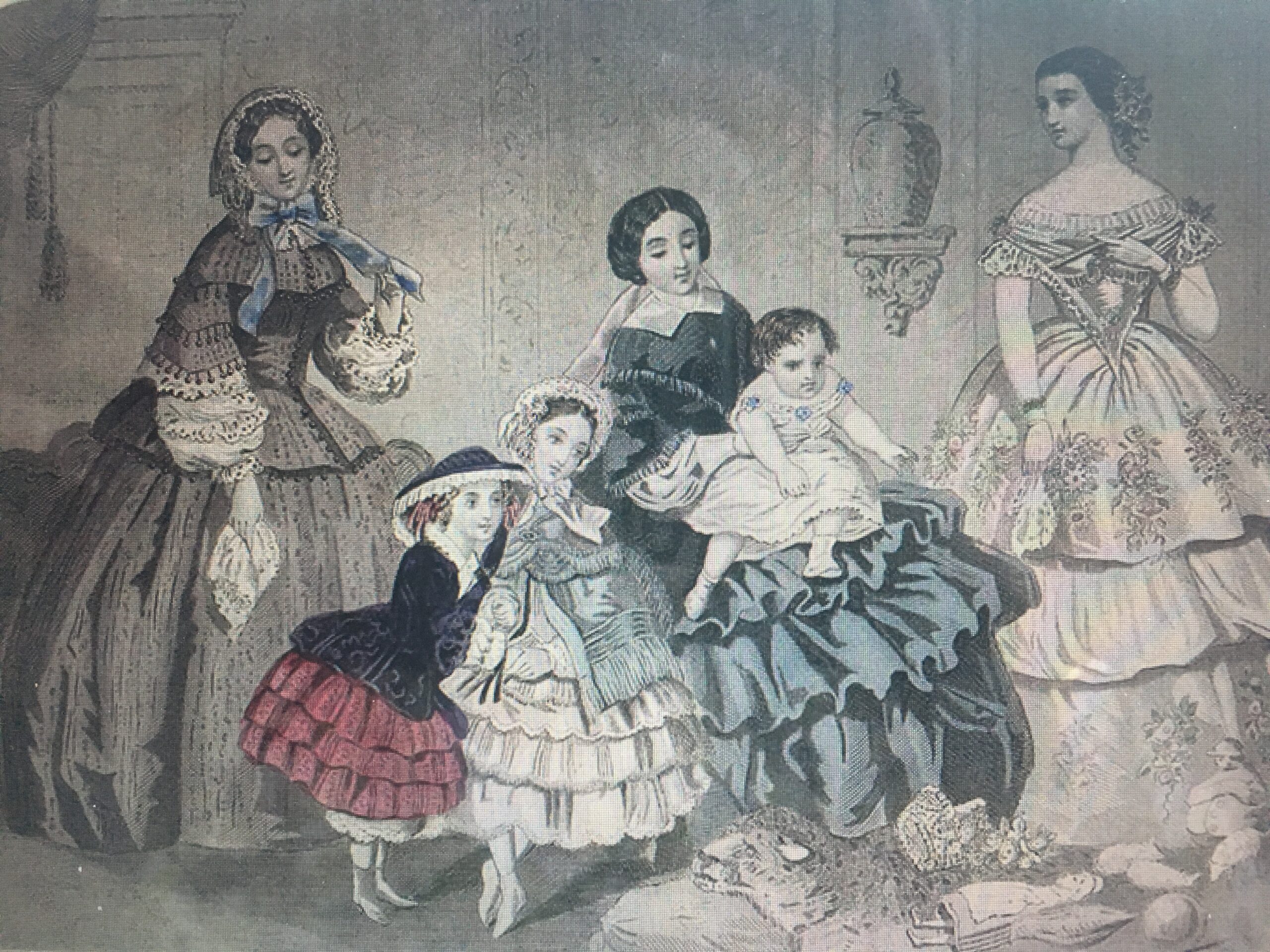 A Victorian woman’s one purpose in life was to be a well-behaved wife and mother. This was a stultifying existence but far better than the alternative. An “old maid” (unmarried woman above a certain age) spent her entire adult life as a marginal figure in a household that was not her own. She would live with her father until his death and after that with a brother, even a younger one, or an uncle. She would have no money of her own and therefore no freedom of any sort. She could not go on a day’s outing or buy herself a new dress or hat or gloves or shoes. Every desire, each action of her life was open to scrutiny, and possible refusal. 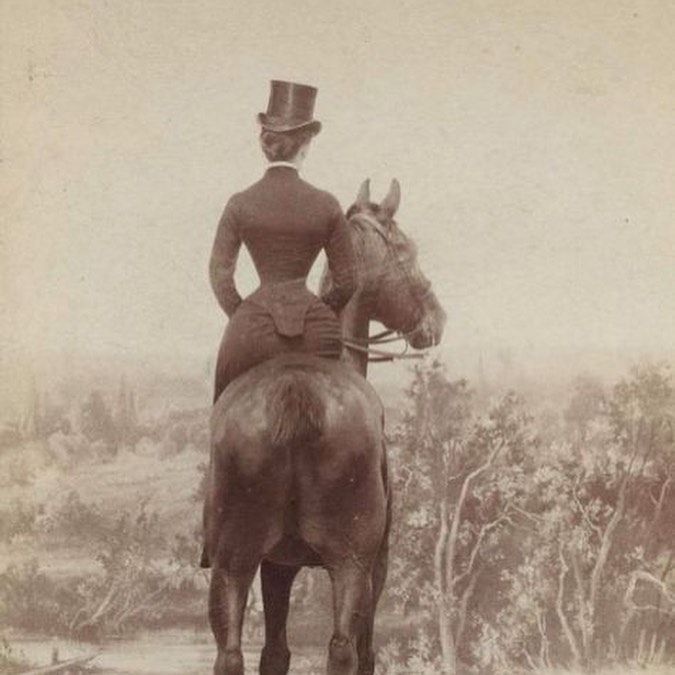 By now you may be wondering just how oppressive these rules of proper behavior were. To find out, take this True/False “1860s Etiquette Quiz”, based on actual rules that appeared in advice books of the day. You’ve already learned some of the answers—which are given at the end.

Answers: 1. True. 2. False. A half glass of wine might be permitted at home in honor of a special family occasion. 3. True. 4. True. Singing and playing an instrument were considered genteel social arts that allowed a lady to display her accomplishments to friends in a modest way. 5. False. No exclamations of any sort were allowed. 6. False. Being alone with a gentleman was permitted only if he was a family member. Or possibly if he was really, really old. 7. True. 8. True. This was encouraged because it allowed a lady to avoid interacting with low sorts of people, such as coach drivers and innkeepers. 9. True. These were all approved activities. 10. True. A lady seen riding without male supervision would raise questions about where she was going and what she intended to do when she got there. 11. False. 12. False. The male in the party would make all such decisions. The lady must follow his lead. 13. False. Riding sidesaddle could be dangerous, but the woman’s safety was never a consideration. 14. False. These were considered to be intimate dressing/grooming behaviors and therefore must never be performed in public. 15. False. Rolling your eyes was never permitted, although you might be doing that right now! 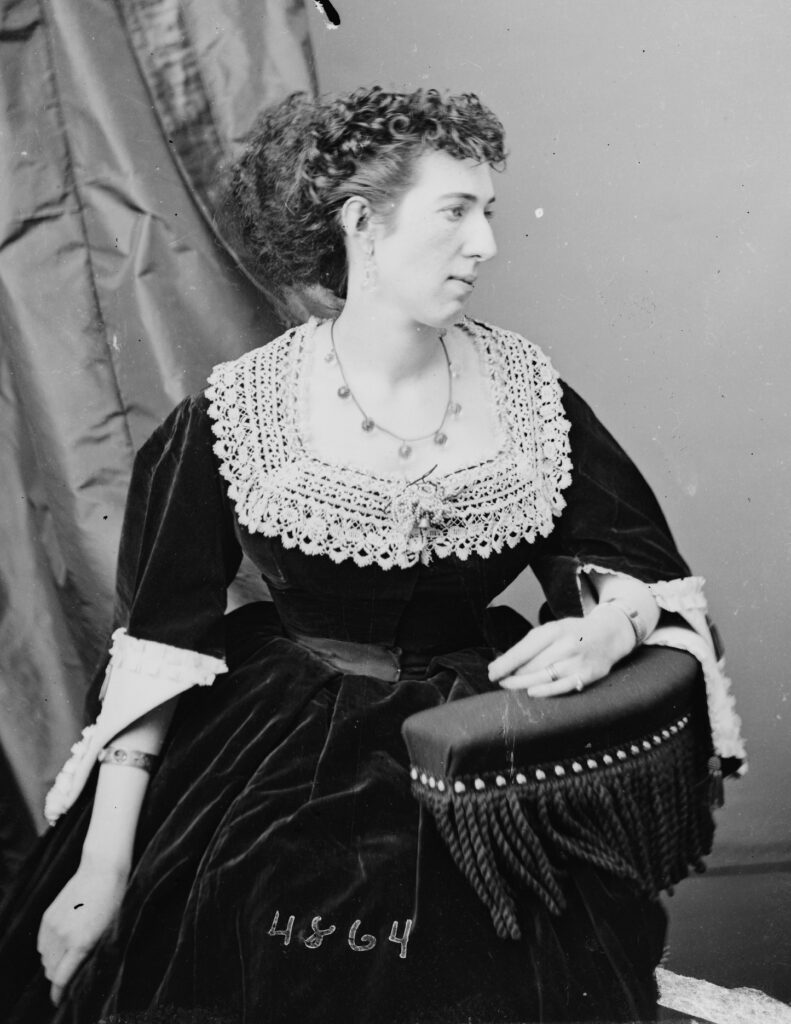 One thing these rules make clear is that in the context of Victorian society’s efforts to control women, Belle Boyd stood out as a scandalous figure. But today we can recognize her as a modern woman, a woman who was a lot like us, but a woman who paid a high price for being born a century too soon.

Belle Boyd has her own cocktail—appropriately named A Rebellious Woman! This recipe was created by Allie and Katie, two fun young women – sisters-in-law! — whose podcast “HERstory-on-the-rocks” featured Belle on April 20, 2021.

Of course, you all know that back in Belle’s day, women were forbidden to drink cocktails, but you certainly can! Especially if you register for my Giveaway (below)—a $50 gift card from https://sipwhiskey.com. I hope the winner will use it to purchase a bottle of Woodford Reserve, or their favorite bourbon, and mix up a batch of A Rebellious Woman?

My book’s dedication reads “To women who break the rules”, so I like to think that this cocktail honors not just Belle, but all of us who think of ourselves as risk-takers and trailblazers. 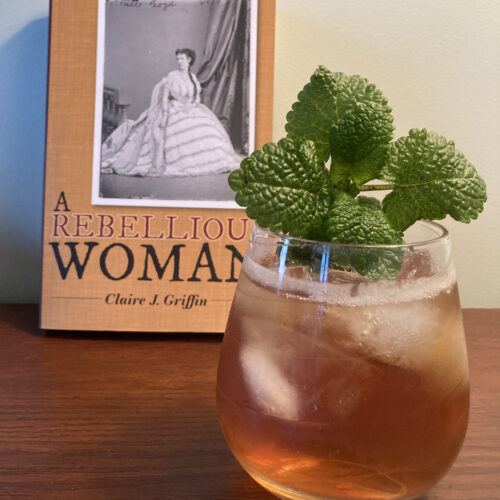 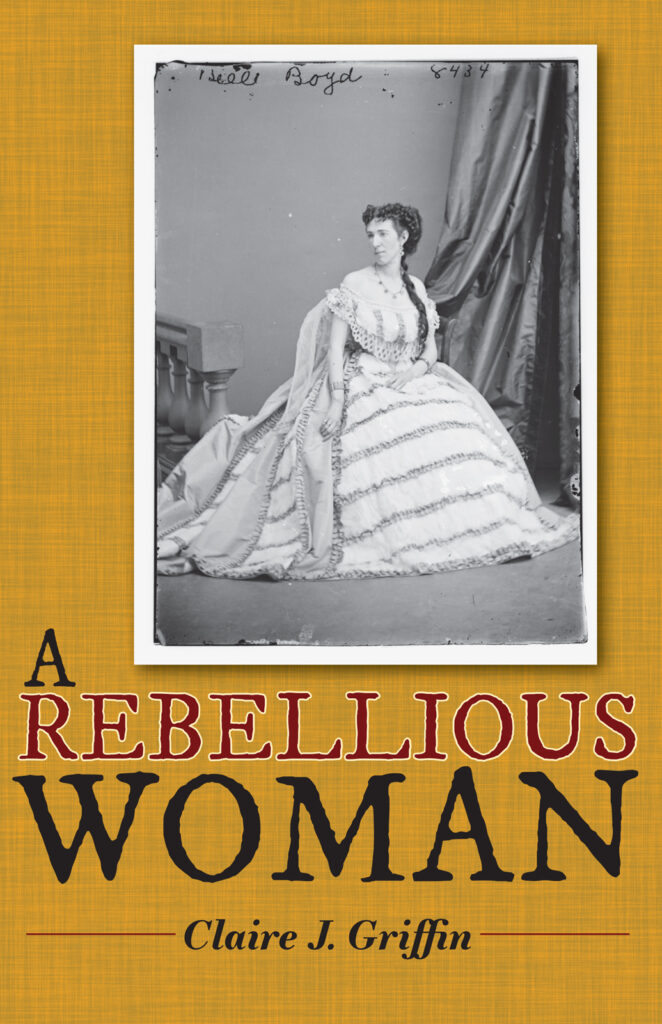 A Rebellious Woman is based on the life story of Belle Boyd (1844-1900), whose coming of age coincided with the opening shots of the Civil War. Debutante, teenaged spy, seductress, actress, divorcee, cross-dresser, and self-promoter, she carried a pistol and wasn’t afraid to use it. In a century when a woman was meant to be nothing more than a well-behaved wife and mother, Belle Boyd stands out as a scandalous woman of history defying all the rules. 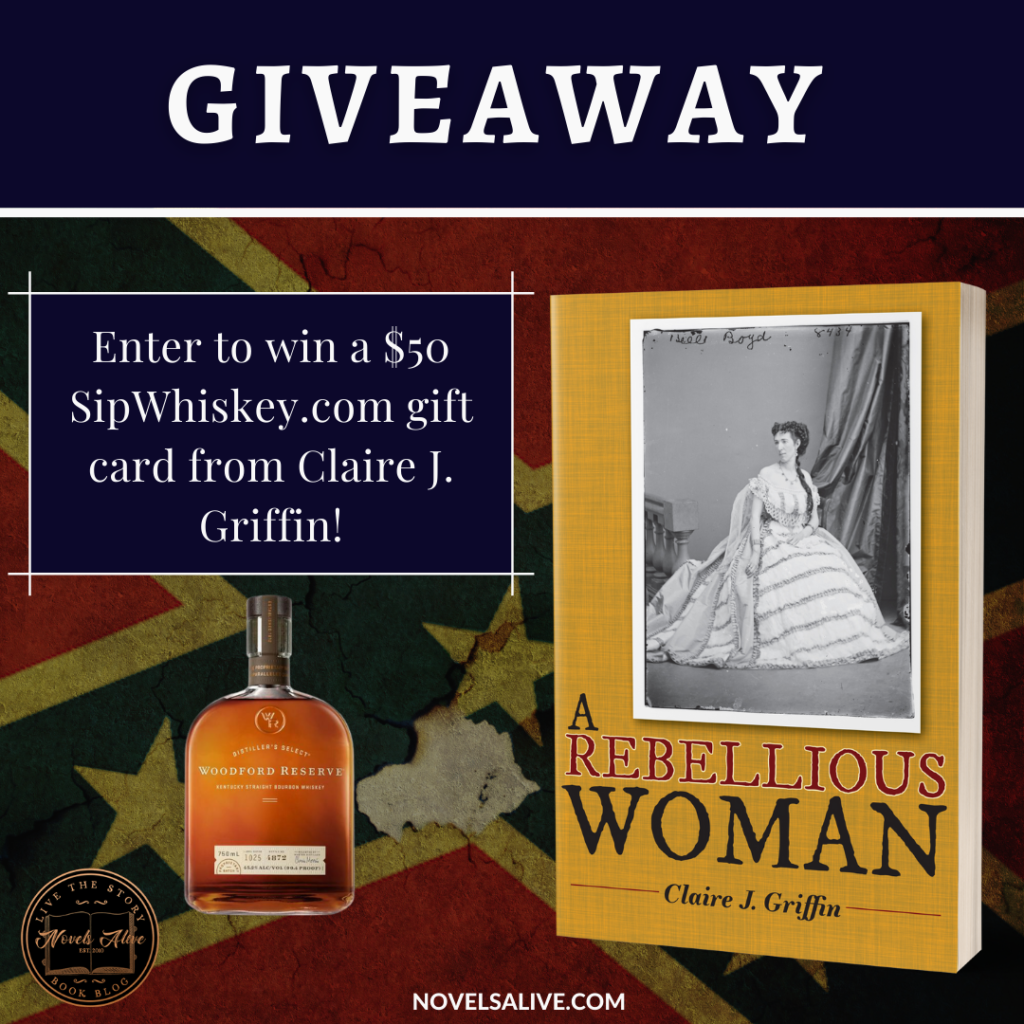 Enter to win a $50 gift card from SipWhiskey.com. Claire hopes the winner will use it to purchase a bottle of Woodford Reserve, or their favorite bourbon, and mix up a batch of Rebellious Woman!

Must be 21 years of age or older to enter. Giveaway for U.S. residents only. 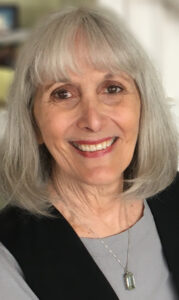 Kirkus Book of the Year author Claire Griffin has rowed competitively, traveled to seven continents, kayaked below the Antarctic Circle, camped in Africa, driven across the Sahara, eaten bugs, and been stung by scorpions two separate times. Claire has always said “yes” rather than “no” to adventure, which may be why she decided to write a novel about Belle Boyd, a scandalous woman of history who defied so many rules. Claire and her husband of forty-five years live in a beautiful little town on the coast of Connecticut.