To be chosen is everything.
Billionaires. Scholars. Relic hunters.
Alessandro and Maximus Luceres are a united force and dangerous wolves to cross. Members of the powerful House of Luceres, they have spent their lifetimes searching the world over for the Lupus Sanguis Chalice, the fabled wolf blood chalice reputed to save the life of a human bitten by a werewolf during the first full moon.

But never in all their travels did the twins expect to find their possible Forever Mate, much less discover the beautiful Trinity Wells to be in league with their sworn enemies, the nefarious House of Ribelle, who are seeking the precious chalice by any means necessary and want Trinity to mate with one of their own.

Shockingly, Trinity is bitten by a Nomad wolf, starting the clock ticking down to her possibly fatal transformation and making the discovery of the chalice all that more vital.

Will Trinity survive the change…and unite the pair of brothers rivaling to be her Forever Mates? 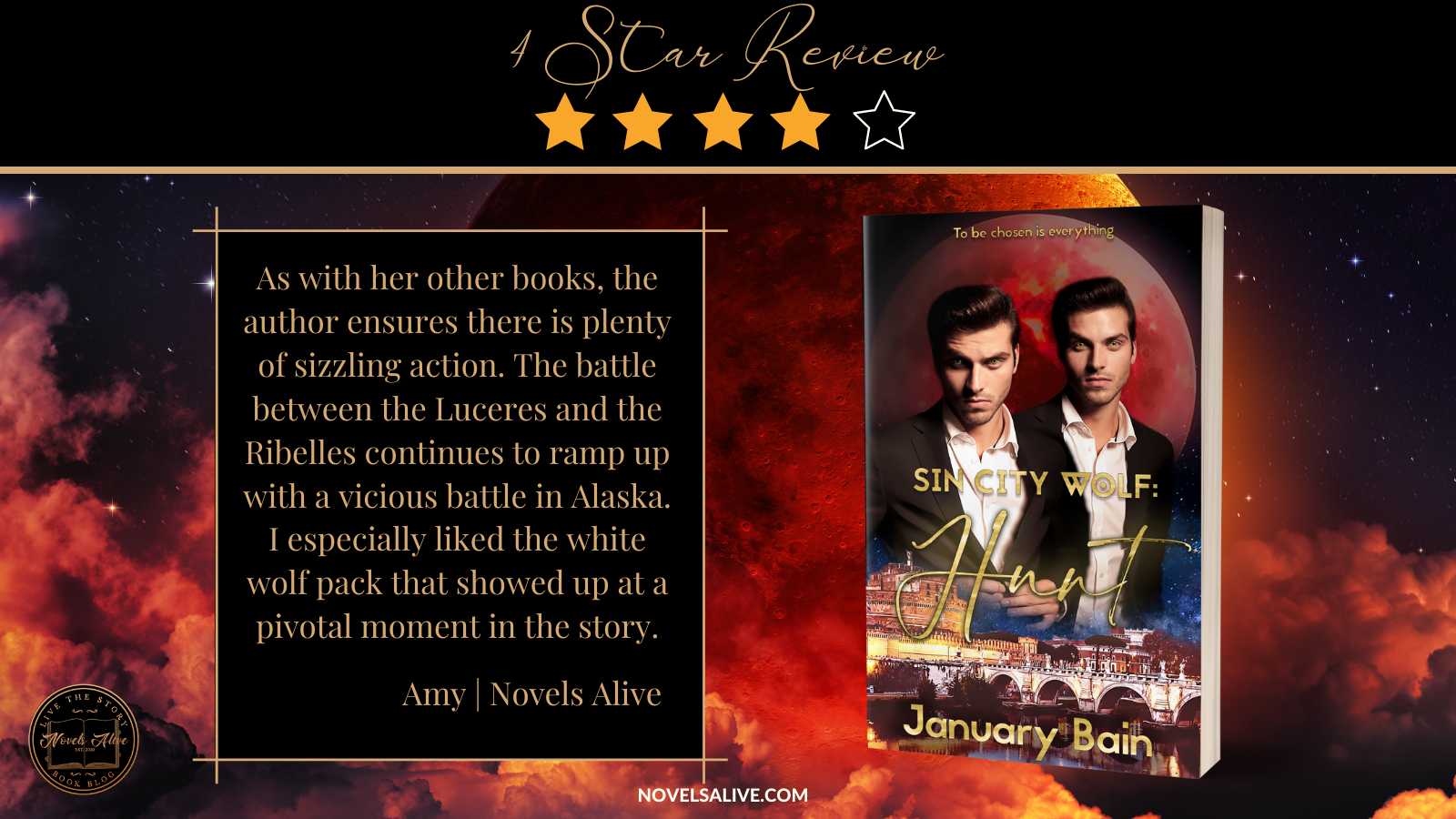 Twins Alessandro and Maximus Luceres go up against rival wolf shifters in a race to find a relic that leads them to Trinity Wells, who might be their Forever Mate. Author January Bain continues the Sin City Wolf series with this second installment highlighting the House of Luceres, entitled Hunt.

The author turns up the heat as the twin wolf shifters stumble upon Trinity, who also happens to be looking for the ancient relic. The young woman had been bitten by what she thought was a dog, initiating a countdown to a transformation that the brothers were worried would kill her. The drama focuses on the hunt for the relic since it reportedly has healing powers.

From a character standpoint, both brothers are swoon-worthy. Trinity is a strong female character with a feisty attitude. Watching her go up against two Alphas makes the story more interesting, especially as it becomes clear that the bite brings out some animalistic tendencies in her.

As with her other books, the author ensures there is plenty of sizzling action. The battle between the Luceres and the Ribelles continues to ramp up with a vicious battle in Alaska. I especially liked the white wolf pack that showed up at a pivotal moment in the story.

Hunt continues the Luceres story that began in the first installment by giving the twins their own story, complete with the opportunity for a happily-ever-after if they can convince Trinity that she belongs with them forever. 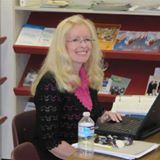 January Bain has wished on every falling star, every blown-out birthday candle, and every coin thrown in a fountain to be a storyteller. To share the tales of high adventure, mysteries, and fast-paced thrillers she has dreamed of all her life. The story you now have in your hands is the compilation of a lot of things manifesting itself for this special series. Hundreds of hours spent researching the unusual and the mundane have come together to create a series that features strong women who don’t take life too seriously, wild adventures full of twists and unforeseen turns, and hot complicated men who aren’t afraid to take risks.

If you are looking for January Bain, you can find her hard at work every morning without fail in her office with two furry babies trying to prove who does a better job of guarding the doorway. And, of course, she’s married to the most romantic man! Who once famously remarked to her inquiry about buying fresh flowers for their home every week, “Give me one good reason why not?” Leaving her speechless and knocking her head against the proverbial wall for being so darn foolish. She loves flowers.

If you wish to connect in the virtual world she is easily found on Facebook, twitter and writes a weekly blog about her journey on Blogger. Oh, and she loves to talk books…

As with her other books, the author ensures there is plenty of sizzling action. The battle between the Luceres and the Ribelles continues to ramp up with a vicious battle in Alaska. I especially liked the white wolf pack that showed up at a pivotal moment in the story.4-STAR REVIEW: Hunt by January Bain