GUEST BLOG: An Ode to Renting by Susan McCormick Plus Giveaway!

My husband and I moved around a lot in our early days. Because of the military, we were separated for years, living in apartments on either end of California. Then we moved as one to our first ever together house in Washington, DC, still in the military. We didn’t know how long we’d be in Washington, so renting made sense. Because we were renters, we were able to afford a neighborhood much tonier than if we were trying to buy, and we lived in Woodley Park near the zoo in a row house with a tiny backyard. It was dilapidated, with worn-out floors and grout brown from dirt and plaster that fell off the walls into our bed on a regular basis. But we loved it and created a garden and scrubbed decades of grime off the walls in the kitchen. Whenever something went wrong, we would clink our champagne glasses and call the landlord. We could sit in the hammock in the backyard and look at the peeling paint and know it was not our problem. Bring on the lemonade.

Then Walt decided to sell the house. Our house. This is the major problem with renting. We were secure in all the apartments we rented. They were not going anywhere. But Walt selling OUR house? This was shocking. So we bought it. Now the leaking roof and the stained carpets and the outdated kitchen and the hot tub motor fritz were our problems.

When we had a baby, we moved to a larger house, a lovely house that was exactly the right age for every appliance to give out. You’d think an initial remodel would hold us for some time, but tell that to the rain rotting our deck boards and the roof that needed replacing and the floors our enormous dogs scraped up and the walls our sticky-fingered children loved to high five. How many hot water dispensers can one house go through in the course of twenty years?

A recent home maintenance woe involved plumbing. My husband and I fixed our kitchen faucet when it stopped giving cold water and then wouldn’t turn off. A warm glass of water is no fun. The repair took two visits to the hardware store, countless YouTube videos, and two days of our time. But the faucet worked beautifully. We were very proud. At the exact same moment we were patting ourselves on the back over this major accomplishment, the hot water dispenser sprayed air instead of water and its tank started leaking. Complete coincidence, it seems. No plumber can explain how the two might be related. But we decided to call the professionals with further plumbing problems.

Big mistake. A sink in the guest bathroom had two tiny rust marks. We weren’t even sure we wanted to replace it. “Simple,” said the plumber. Until he said, “Your counter tile all cracked when I took out the old sink. You’ll have to re-tile it before I can do anything further. This can happen.” Now he tells us. Try trying to find a tiler for a small job during COVID when everyone has big jobs that are more pressing. The same plumber replaced our toilet which had been making noises but stopped. I had tried my YouTube videos again and got as far as I could. “It’s thirty years old,” he said. “It’s time.” He took our old one out and installed the new one. But it was the wrong one. Not the one we’d ordered at all. Oops. Re-install our thirty-year-old toilet, working fine, while we waited for the new one to arrive from Timbuktu. Finally installed, the tank lid does not fit, despite a replacement. The thirty-year-old toilet was pretty. This one’s top is too small.

Our latest maintenance nightmare was a simple painting of the house exterior. Get us ten more years without worries. Replace a few rotting deck boards at the same time, and we’d be all set. We didn’t count on a rotting deck support beam. Now we have a ripped-up deck and all construction crews booked for the foreseeable future.

In my Fog Ladies Cozy Murder Mystery series, the ladies are renters, secure in their rent-controlled elegant apartment building in San Francisco. When they have a problem, like when Frances Noonan had a minor explosion with her gas oven, they call Tommy, the building handyman, and he takes over. When Mrs. Noonan caught her metal spoon in the blade of her mixer and it flew across the room and shattered the glass of her kitchen cabinet, Tommy replaced the glass and helped her find a replacement for her twisted blade. Tommy even found Muriel Bridge’s TMJ mouth guard when she dropped it down the garbage chute.

I miss the days when we were renters, and I was free to ignore moss on the roof and cracks and a stove burner that won’t heat. My obligation ended with calling Walt, like the Fog Ladies call Tommy. I wish I had a Tommy now.

Does anyone else out there enjoy renting like we did? What are some of your recent home maintenance nightmares? 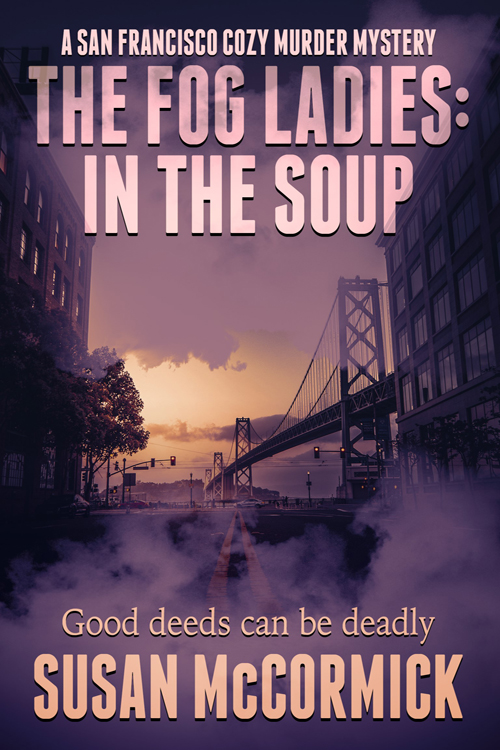 The Fog Ladies are back, in the third installment of this endearing cozy murder mystery series.

“There was a man in the soup.” When the Fog Ladies volunteer at a San Francisco soup kitchen, these spunky elderly friends plus one overworked young doctor-in-training envision washing and chopping and serving. Not murder. Now the soup kitchen is doomed, and the mysteries have just begun. Was the death rooted in a long-ago grudge? Can they save the soup kitchen? Will they find the killer? Could the Fog Ladies, too, end up “in the soup”? 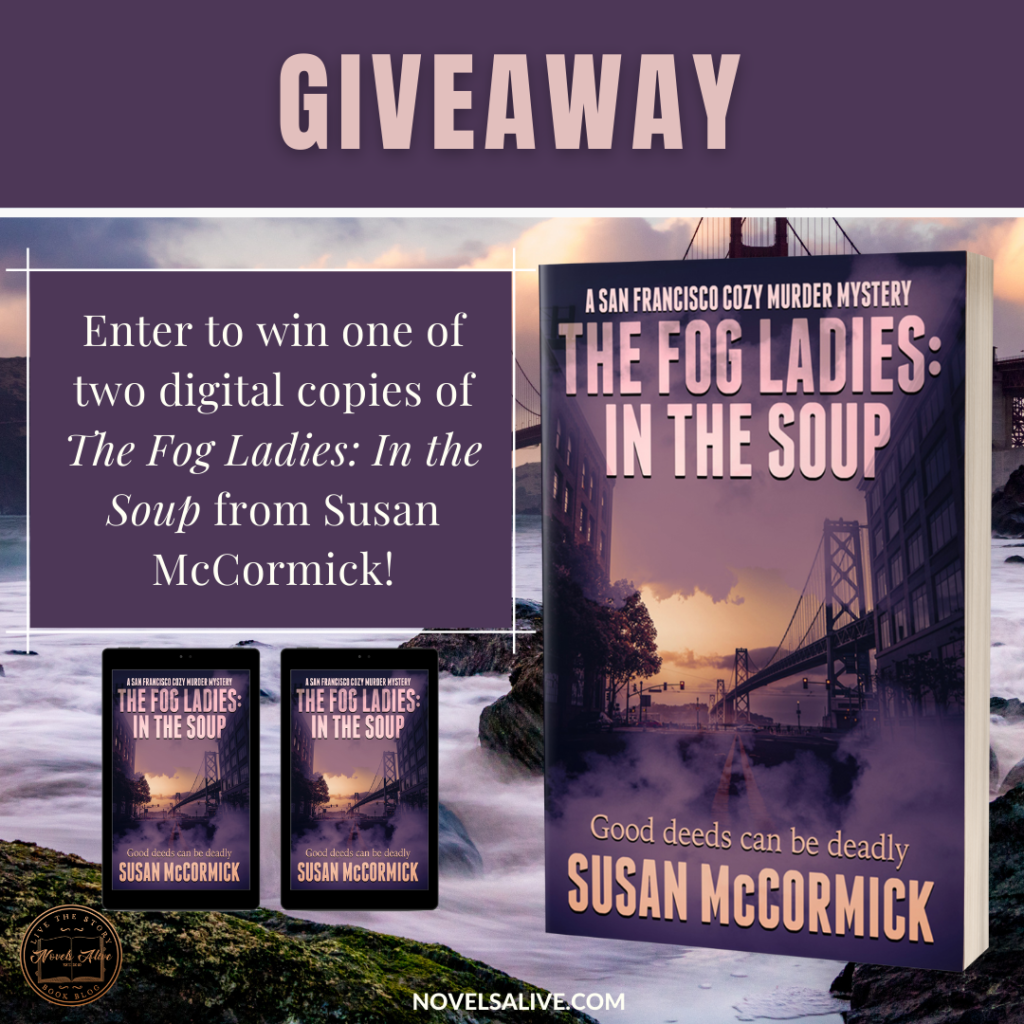 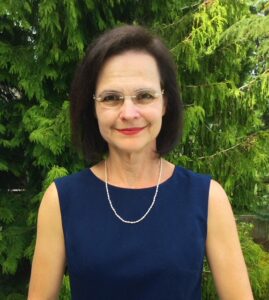 Susan McCormick is a writer and doctor who lives in Seattle. She graduated from Smith College and George Washington University School of Medicine, with additional medical training in Washington, D.C. and San Francisco, where she lived in an elegant apartment building much like the one in the book. Susan served as a doctor in the U.S. Army for nine years before moving to the Pacific Northwest and civilian practice as a gastroenterologist. In addition to the Fog Ladies series, she also wrote Granny Can’t Remember Me, a lighthearted picture book about Alzheimer’s disease and dementia, and The Antidote, a timely middle grade medical fantasy released May 2021. She lives in Seattle with her husband and two sons. She loves giant dogs and has loved an English Mastiff, Earl, and two Newfoundlands, Edward and Albert.

October 4 – Reading Is My SuperPower – REVIEW

October 6 – I’m All About Books – SPOTLIGHT

October 6 – I Read What You Write – REVIEW, AUTHOR INTERVIEW

October 9 – Escape With Dollycas Into A Good Book – SPOTLIGHT

October 11 – Here’s How It Happened – SPOTLIGHT