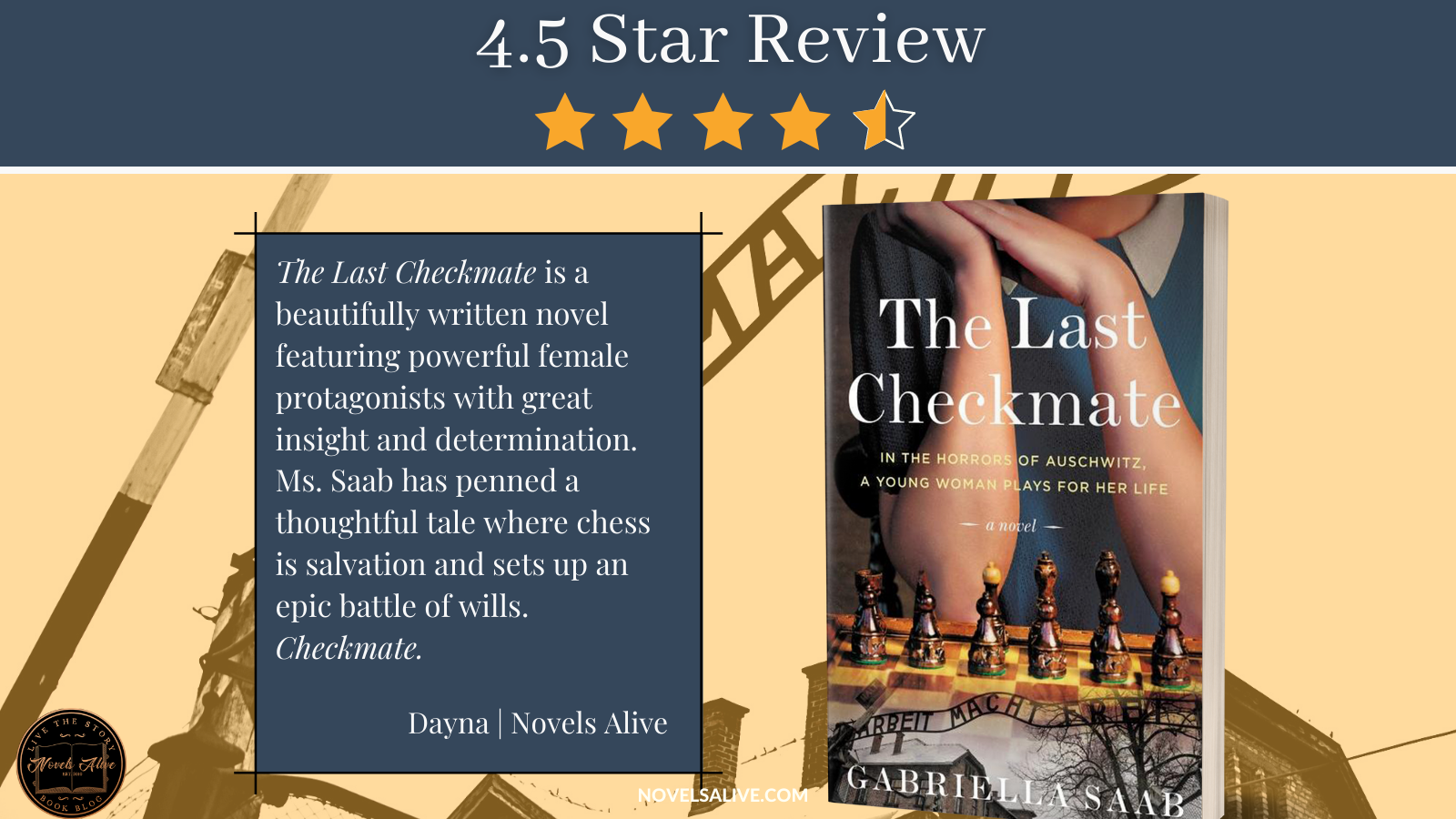 Readers of Heather Morris’s The Tattooist of Auschwitz and watchers of The Queen’s Gambit won’t want to miss this amazing debut set during World War II. A young Polish resistance worker, imprisoned in Auschwitz as a political prisoner, plays chess in exchange for her life, and in doing so fights to bring the man who destroyed her family to justice.

Maria Florkowska is many things: daughter, avid chess player, and, as a member of the Polish underground resistance in Nazi-occupied Warsaw, a young woman brave beyond her years. Captured by the Gestapo, she is imprisoned in Auschwitz, but while her family is sent to their deaths, she is spared. Realizing her ability to play chess, the sadistic camp deputy, Karl Fritzsch, decides to use her as a chess opponent to entertain the camp guards. However, once he tires of exploiting her skills, he has every intention of killing her.

Befriended by a Catholic priest, Maria attempts to overcome her grief, vows to avenge the murder of her family, and plays for her life. For four grueling years, her strategy is simple: Live. Fight. Survive. By cleverly provoking Fritzsch’s volatile nature in front of his superiors, Maria intends to orchestrate his downfall. Only then will she have a chance to evade the fate awaiting her and see him punished for his wickedness.

As she carries out her plan and the war nears its end, she challenges her former nemesis to one final game, certain to end in life or death, in failure or justice. If Maria can bear to face Fritzsch—and her past—one last time.

An intense chess game between a former prisoner and her ruthless captor is taking place in the stark backdrop of the liberated death camp of Auschwitz. This is the beginning of the harrowing tale of the fictional Polish resistance fighter Maria Florkowska in The Last Checkmate by Gabriella Saab.

Teenage Polish resistance fighter Maria Florkowska passes documents to her fellow resistance fighters in occupied Poland, alongside her courageous mother and an antagonistic frienemy, Irena. Irena is none too pleased to have to “babysit” the younger Maria in her clandestine tasks but indulges her mother because she doesn’t have much of a choice.

One day, the Gestapo shows up in front of Maria’s apartment complex, and before Maria can turn around and go back inside, she is stopped, and forged papers are found on her person. She and her family are round-up and sent to the infamous Pawiak Prison. After a brutal beating, she and her family are given a one-way ticket to Auschwitz. Check.

The tale of Maria is told from alternating perspectives—future and past. I was on pins and needles, hoping and praying those characters I grew to love made it through their trials while in Auschwitz, but knowing those chances were slim.

One of the characters I truly loved was a Franciscan friar, Father Kolbe, who befriended Maria early on and helped her change her perspective and desire to live. He indeed was a saint in every sense of the word.

While Father Kolbe was a saint, Lagerführer Fritzsch was a demon. Wicked as the day is long—with a penchant for sadism. He was bent on making Maria’s life more miserable every day she lived on this earth. Maria was determined to get him transferred from Auschwitz, but that put her life in jeopardy.

In Auschwitz, Maria quickly learns it is every man—or woman—for themself, and it is hard to know who to trust. Making friends is a tenuous position to put yourself in as you never know if your friend is truly your friend or if they will report you to those who could decide if you are to live or die—all for an extra scrap of bread.

The story is told from a chess-playing narrative with Maria as the lead player. While I don’t play chess, I found it a highly effective and very different way to tell the story. It lent a gamesmanship perspective to the narrative, the give and take—take his bishop, lose your knight. Lose the battle, but win the war.

The lead character, Maria, is bent on revenge and lives through the horrors of the holocaust due to the vengeance she has planned. She is intelligent, articulate, resolute, and somewhat reckless.

The Last Checkmate is a beautifully written novel featuring powerful female protagonists with great insight and determination. Ms. Saab has penned a thoughtful tale where chess is salvation and sets up an epic battle of wills. Checkmate. 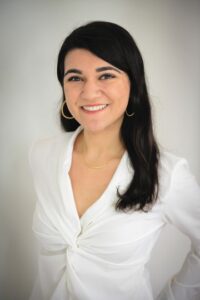 Gabriella Saab graduated from Mississippi State University with a Bachelor of Business Administration in marketing. She lives in her hometown of Mobile, Alabama, where she works as a barre instructor. Her debut historical novel, THE LAST CHECKMATE, will be released from William Morrow/HarperCollins in October 2021. In researching this novel, she traveled to Warsaw and Auschwitz to dig deeper into the experiences and setting of those who lived there.

The Last Checkmate is a beautifully written novel featuring powerful female protagonists with great insight and determination. Ms. Saab has penned a thoughtful tale where chess is salvation and sets up an epic battle of wills. Checkmate. 4.5-STAR REVIEW: THE LAST CHECKMATE by Gabriella Saab