Previous articleBOOK BLAST: THE BILLIONAIRE’S SECRET by Meghann Whistler Plus Giveaway!
Next articleGUEST BLOG: How to Create Tension in a Mystery or Thriller by Emily C. Whitson Plus Giveaway!

The novel opens with aristocratic Eleonora Fonseca Pimentel pleading with the High Court of Naples to be beheaded instead of hanged like a criminal. One of the leading revolutionaries of her time, Eleonora contributed to the establishment of the Neapolitan Republic, based on the ideals of the French Revolution. Imprisoned in 1799 after the return of the Bourbon Monarchy – due to her work as editor-in-chief of Il Monitore Napoletano – and while waiting to be sentenced, she writes a memoir. Here, she discusses not only her revolutionary enthusiasm, but also the adolescent lover who abandoned her, Joseph Correia da Serra.

While visiting Monticello many years later, Joseph discovers Eleonora’s manuscript in Thomas Jefferson’s library. Now retired, Jefferson is committed to founding the University of Virginia and entices Correia with a position in the institution, once it opens. As the two philosophes explore Eleonora’s writing through the lens of their own lives, achievements, and follies, they share many intimate secrets.

Told from Eleonora and Joseph’s alternating points of view, the interwoven first-person narratives follow the characters from the elegant salons of Naples to the halls of Monticello, from the streets of European capitals such as Lisbon, London, and Paris to the cultured new world of Philadelphia and the chic soirées in Washington.

Eleonora and Joseph were both prominent figures of the Southern European Enlightenment. Together with Thomas Jefferson, they formed part of The Republic of Letters, a formidable network of thinkers who radically influenced the intellectual world in which they lived – and which we still inhabit today.

“Rodrigues’ writing is beautiful, and she brings the historical characters to life. The novel is told in alternating chapters, interspersing the conversations between Joseph and Jefferson at Monticello with Eleonora’s memoir, which Joseph is reading. The scenes at Monticello are fascinating, with Joseph and Jefferson discussing a wide range of topics, including slavery, revolution, and science. Rodrigues makes the reader sympathize with the protagonists, and the book left me wanting to read more, especially about Eleonora.” – HISTORICAL NOVEL SOCIETY REVIEW

“Eleonora and Joseph is a passionate novel of love and revolution. In 1799, Eleonora Pimentel stands before the High Court of the Kingdom of Naples. She has been accused of treason. During her trial, Eleonora pens a memoir, giving details of the life events that led up to her arrest. Eleonora’s life was revolutionary in thought, word, and deed.Julieta Almeida Rodrigues’ Portuguese roots shine brightly in this romantic historical novel. The narrative is fictional, yet full of historical accuracy.” – READERS’ FAVORITE REVIEW

“The complex, contradictory characterizations and historical details of the Enlightenment era are skillfully handled and clarified in straightforward but descriptive prose that will satisfy both academic and non-academic readers. The most interesting player of all is Eleonora, a “martyr of liberty” whose illustrious life ends tragically at the gallows in 1799 with some of her fellow revolutionaries in Naples.” – THE US REVIEW OF BOOKS REVIEW

“Julieta Almeida Rodrigues brings these colorful historical figures to life and marries their worlds in a narrative that is vividly written, capturing not just their lives, but an era on the cusp of unprecedented social, political, and cultural change. As Thomas Jefferson plays a key role in creating the circumstances which bring Eleonora’s journal – and its revelations – to new life years after its creation, readers receive a satisfying contrast of European and American environments that embraces and explores moral, ethical, and social conundrums alike.” – MIDWEST BOOK REVIEW, Donovan’s Literary Services

“Brimming with pathos and rich in character, this is a knockout… Lush and electrifying, Rodrigues’s vibrant tale about love, morality, and duty is a searing depiction of the Enlightenment. Rodrigues’s intelligent writing brings the era alive while revealing the complexity of her vividly drawn characters. By turns luminous and tragic, the novel will ensnare readers from the first few lines and lingers in the memory long after they turn the last page.” – THE PRAIRIES BOOK REVIEW

“Eleonora and Joseph is my best read of the year so far. It’s rich in history, character, and flair. The story is told with a genuineness that prods the heart. It evokes profound questions that linger behind long after you turn the last page. Considering these factors and the impeccable editing, I rate it four out of four stars. Julieta’s work holds so much history, passion and utter brilliance within its pages that I would recommend it to anyone interested in history.” – ONLINEBOOKCLUB REVIEW

“This book allows the reader into the inner workings of this radical time where many opposing ideals were fought and died for. It is refreshing as a lover of historical fiction to read an original story like Eleonora and Joseph that brings to life important historical characters and events from a fresh new angle and lens.” – NEW PAGES, Stephanie Renee dos Santos 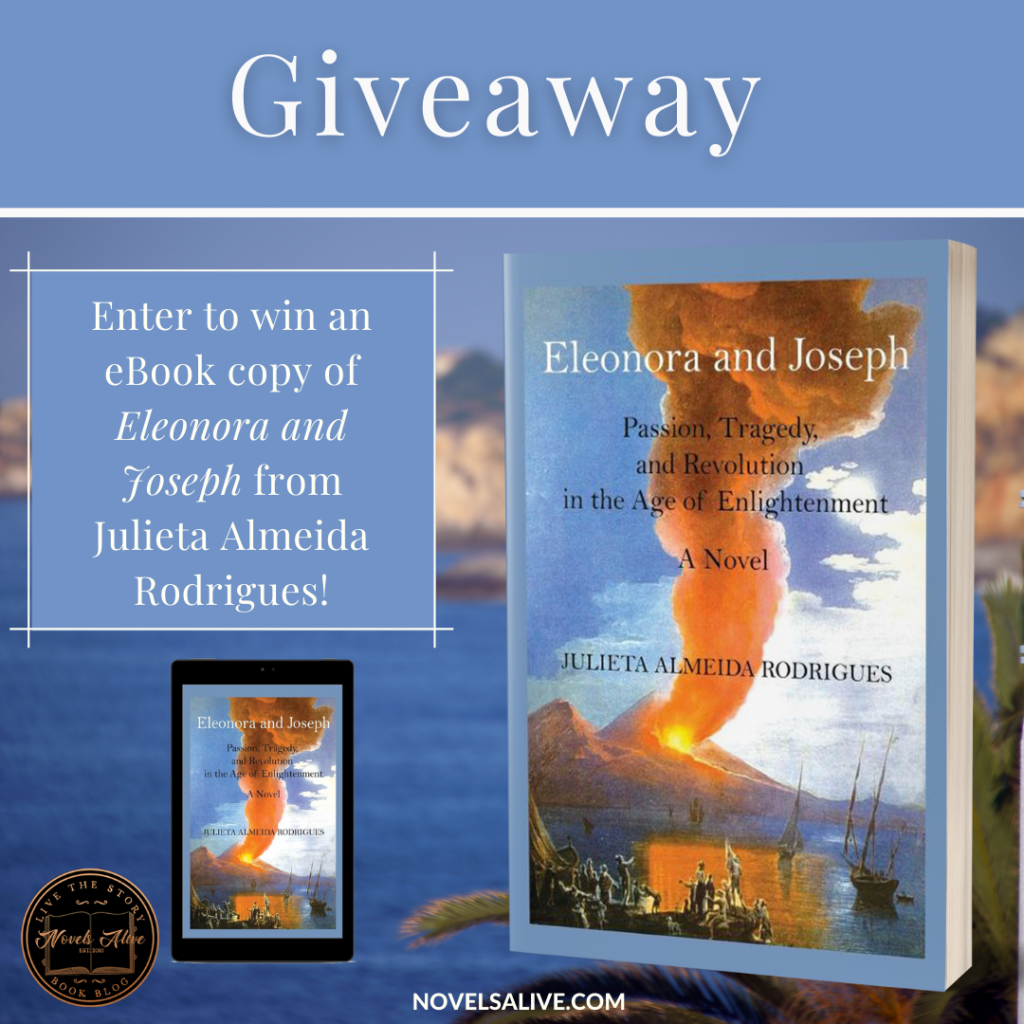 Enter to win an eBook of Eleonora and Joseph: Passion, Tragedy, and Revolution in the Age of Enlightenment by Julieta Almeida Rodrigues!

The giveaway is open to US addresses only and ends on October 21st. You must be 18 or older to enter. 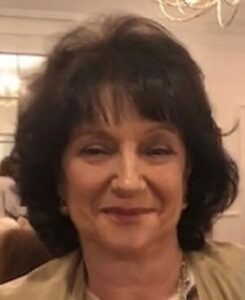 Julieta Almeida Rodrigues is a writer, professor, scholar, and interpreter. Born and raised in Portugal, she earned a Ph.D. at Columbia University. She is the author of two collections of short fiction, The Rogue and Other Portuguese Stories and On the Way to Red Square. The latter is a fictionalized account of her life in the diplomatic circles of Moscow in the 1980s (New Academia Publishing, Washington DC). She published a narrative work about Sintra, Portugal, entitled Hora Crepuscular/Drawing Dusk/La Hora Crepuscular (Agir, Execução Gráfica). She is a member of the Pen Club of Portugal, the Fulbright Commission Team of Evaluators in Portugal (2014 Prize for International Cooperation, the Prince of Asturias Foundation), and of CLEPUL, Center for Lusophone and European Literatures and Cultures, Faculty of Humanities, the University of Lisbon. She has taught at the University of Lisbon and at Georgetown University, and has been a Visiting Scholar at the New School (twice). She has spoken at the Foreign Service Institute, U.S. Department of State, The Chawton House Library in the United Kingdom, The International Conference on the Short Story, The American Portuguese Studies Association, and the Historical Writers of America, among other locations. She is a member of the Steering Committee of the Historical Novel Society New York City Chapter and runs, with a colleague, its Guest Speaker Program at the Jefferson Market Library. She divides her time between Manhattan and Sintra, Portugal.

Monday, October 4
Passages to the Past

Thursday, October 14
Reading is My Remedy