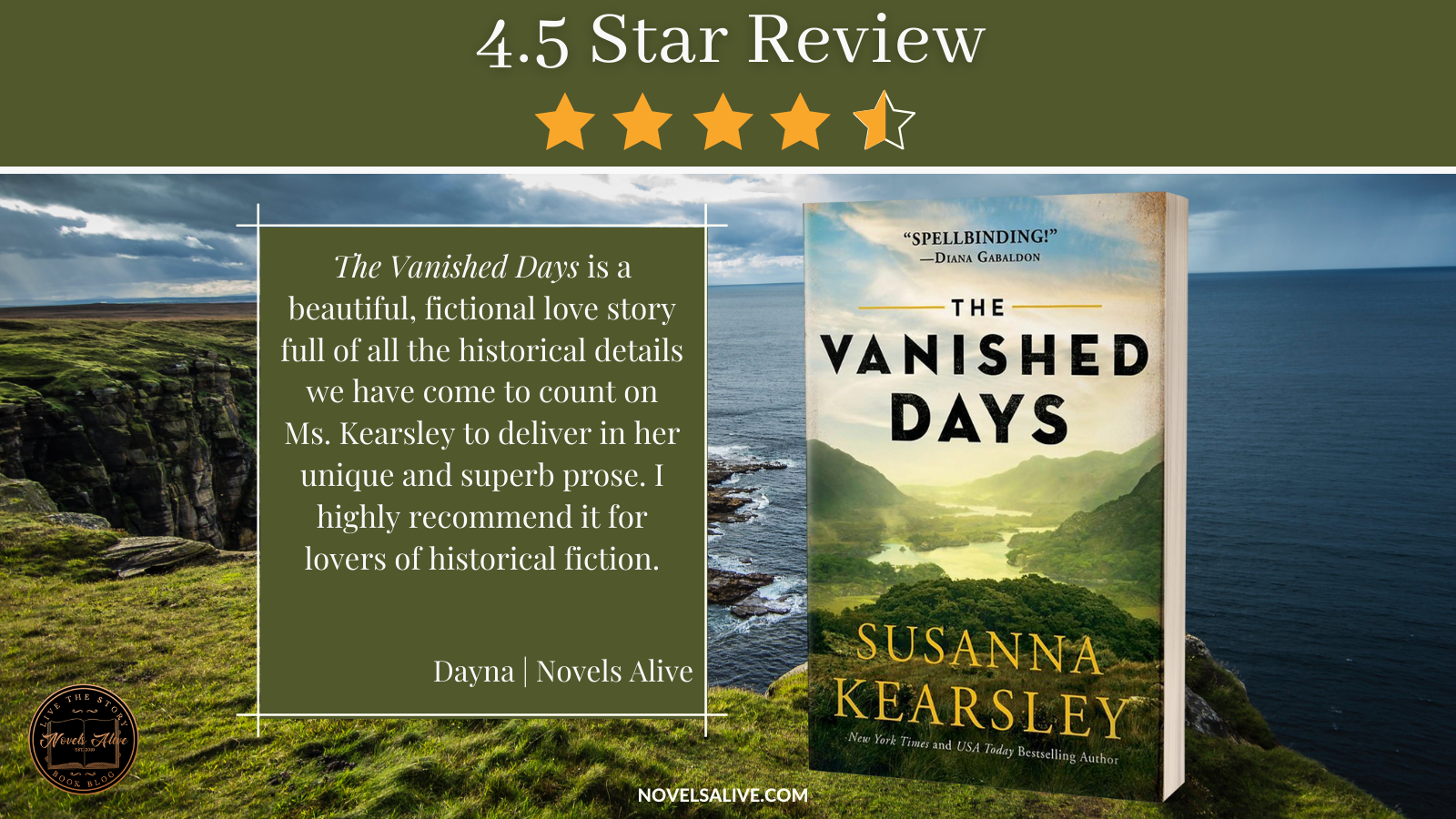 “I’ve loved every one of Susanna’s books! Bedrock research and a butterfly’s delicate touch with characters—historical fiction that sucks you in and won’t let go!” —Diana Gabaldon, #1 New York Times bestselling author of Outlander

From international bestselling author Susanna Kearsley comes a historical tale of intrigue and revolution in Scotland, where the exile of King James brought plots, machinations, suspicion and untold bravery to light. Told partially in flashbacks, The Vanished Days weaves in and out of the timeline of the author’s beloved New York Times bestseller The Winter Sea, unraveling an investigation into a young widow’s secrets to unveil a plot that resonates to the highest echelons of Scotland’s social and political leaders.

In the autumn of 1707, old enemies from the Highlands to the Borders are finding common ground as they join to protest the new Union with England. At the same time, the French are preparing to launch an invasion to bring the young exiled Jacobite king back to Scotland to reclaim his throne, and in Edinburgh the streets are filled with discontent and danger.

Queen Anne’s commissioners, seeking to calm the situation, have begun paying out money sent up from London to settle the losses and wages owed to those Scots who took part in the disastrous Darien expedition eight years earlier—an ill-fated venture that left Scotland all but bankrupt.

When the young widow of a Darien sailor comes forward to collect her husband’s wages, her claim is challenged. One of the men assigned to investigate has only days to decide if she’s honest, or if his own feelings are blinding him to the truth.

Set at the cusp of the eighteenth century, in the midst of the Jacobite Rebellion, The Vanished Days is a brilliantly told story of espionage, loyalties divided, boundless courage and enduring love.

A young widow claims to be the wife of a dead noble Scottish soldier, but her claims are dubious at best. Sergeant Adam Williamson is asked to determine whether her claims are valid and finds himself dragged into the political mire of Scotland 1707, not to mention being inexplicably attracted to the beautiful widow in The Vanished Days, the third book in the Scottish series by New York Times and USA Today Bestselling author Susanna Kearsley.

Rich with historical detail, Kearsley brings the readers along from 1683 to 1707 Scotland giving us a taste of the political climate of those tumultuous times and the divided loyalties of her people.

Lily, a rambunctious 7-year-old, lives with her grandmother, a servant to the Laird of the land, Patrick Graeme. Lily’s mother has died, and her father is a soldier in the army. She has grown up with the Graeme grandchildren, and James (Jamie) is her best friend. Though her grandmother has warned the young Lily on numerous occasions, she is not on the same social standing as the Graeme children; a seven-year-old cannot comprehend the differences.

When Lily’s soldier father remarries, he fetches Lily to live with him and his new wife in Edinburgh so that Lily can be with a family once again. Lily loves her family, and her new stepmother is very good to her. Jamie is also in Edinburgh, and Lily enjoys spending time with her friend once again. Until one night, an event happens that will destroy everything.

Invited to visit his friend and comrade in arms, Lieutenant Turnbull, Adam finds him not in resident. Turnbull’s wife, Helen, insists he stays. While there, Lord Grange visits, hoping to engage Turnbull to investigate a legal claim regarding the failed Darien expedition and the monetary funds Queen Anne has available to the families of the dead from that expedition. Mrs. Turnbull introduces Adam and insists Adam is well qualified to assist in her husband’s stead.

Mr. Gilroy is the clerk sent to assist Adam, but it is unclear whether he is looking for the truth or determined to find Lily guilty of fraud. Lily is produced, as well as her documentation, and Adam is drawn immediately to her beauty and tale.

As Lily claims to have secretly married a Graeme, who are now enemies of the Crown, this brings a political danger to Lily she may not have foreseen, and Adam, through his investigation, finds this out first-hand.

Over 24 years, Jacobite uprisings and the return of the Scottish king continue to play a massive part in the political machinations within Scotland. With that, religious affiliations also changed from Presbyterians and Episcopalians. Discontent is in the air, and danger lurks around every corner.

It is in this climate Adam is tasked with discovering the truth of Lily’s claims. Adam is taken to many destinations to ferret out the truth, which only leaves him more disconcerted as the stories do not seem to reconcile with the woman he seems to be falling in love with.

There are numerous characters in The Vanished Days, and in some instances—especially with the Graeme’s—I had to go back and remember who was who. You definitely have to be paying attention. Having said that, each character is well developed and has dimensions to them.

While I thoroughly enjoyed and ate up the historical and political details in The Vanished Days, the twist at the end was a little… odd. And, if I’m being honest, unbelievable to me personally. I can’t say more without giving away the plot twist, but it didn’t make any sense to me at all. I understand the premise, but it fell flat for reasons I can’t state in this review.

The Vanished Days is a beautiful, fictional love story full of all the historical details we have come to count on Ms. Kearsley to deliver in her unique and superb prose. I highly recommend it for lovers of historical fiction. 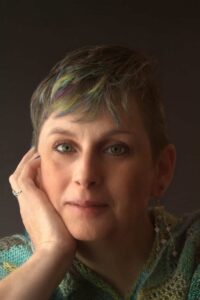 I had the good fortune to be born into a family of readers. My mother was reading Mary Stewart’s This Rough Magic when I was born, so it was perhaps no surprise that Mrs Stewart became my own favourite author.

I can’t remember when I began to put words on paper myself, but I remember being seven, reading Little Women and recognizing pieces of myself in the character of Jo. By then I was already writing first chapters, and I wrote continually through my teenage years. After studying politics and international development at university, I sidestepped into museum work and at the age of twenty-two became a curator.

In that same year, my sister dared me to stop writing first chapters and produce a book. I’d never been able to resist a dare! By the end of that summer I’d finished my first novel, and I was hooked. My ‘hobby’ had become a vocation.

I left the museum to waitress and write. Working mostly late at night, I wrote my second novel, Mariana, and submitted it to Transworld Publishers’ Catherine Cookson Fiction Prize competition.

Four days before Christmas, I learned that I’d won. The very best of Christmas presents, and one that truly changed my life – not only the £10,000 prize, but major international publication of a book that continues to find its own life.

More than a quarter of a century later, I’m still feeling fortunate, doing the thing I love best…telling stories.