GUEST BLOG: The Tutu by Joann Keder Plus Giveaway!

Previous articleBOOK BLAST: THE MOST ELIGIBLE BRIDE IN LONDON by Ella Quinn Plus Giveaway!
Next articleGUEST BLOG: NO SECOND CHANCES: Five Questions About the Book That I’ll (Probably) Never Be Asked by Rio Youers Plus Giveaway!

I loved long hair all of my childhood. We had a several-volume series of Disney stories and two in particular caught my interest: Cinderella and Sleeping Beauty. They both had long golden hair and they were beautiful, perfect beings. They persevered through everything the world threw at them and in the end, married the handsome prince.

I had a pink tutu made for an adult that I wore as my long locks. If memory serves, this was a gift from another parent. Her daughters took my lead and wore theirs as hair too. I’m sure the adults who observed me thought it was amusing, but for me, it was much more than dress up.

This picture is of me at about four. I was adopted into a family with an older child who was biologically theirs. My thoughts are that the first couple of years were good ones—a baby gets positive attention from passersby and guests.

My adopted mother wasn’t equipped to care for a child with whom she had no biological link. I don’t say this to be cruel; this was my reality. It’s taken me many years to piece together the whats and the whys.

As I grew, I became more than a baby, I was her rival for the attention of others. My mother resented me and as a result, I spent long hours in my room. By then, I had a younger brother, who was their biological child.

I only have a few vague memories of spending time with him. He was kept away from me—for what reason, I can only speculate. There is a picture of me, wearing my pink tutu of course, sitting beside a baby in a walker. We must’ve had a few afternoons of togetherness.

By studying the photo, I can tell there was already sadness in my eyes. There are better photos, cuter photos where I hadn’t cut my own bangs. This one symbolizes my strength.

One of my early struggles with my mother was over my hair. I wanted long beautiful hair just like Cinderella. She was equallly adamant that my hair remain short. I cried when we went to the salon and every time she told the beautician to cut it short.

After many years of therapy I came to the realization she viewed hair as another source of rivalry. That was her way of keeping me in a position of “less than.” My father used to compliment my honey-colored hair when he came home from work and it was everything to me. It made me feel like Cinderella or Sleeping Beauty a girl on her way to great things. My perspective is that she felt threatened by this simple compliment.

Years later after countless put-downs, let-downs and heartache, I wrote my first novella.

These words echoed in my head, trying to pull me down:

“Have you sold more than what your friends bought?”

“Who did you pay for that award?”

When I finally embraced my identity as a writer, I didn’t need her approval any more. That’s not to say she doesn’t have the power to hurt me anymore. People who spend a lifetime perfecting ways to inflict pain on others become masterful at their craft.

My first novella, The Something That Happened in Pepperville, was written about a town where no one has the courage to leave. The main character is so immersed in her routine she can’t accept it when something marvelous comes her way.

It’s been said your first novel is more of an autobiography, and I tend to agree, although for me, it was more of a two-book deal. The Story of Keilah is also more about my own journey than I admit.

Back to The Something That Happened in Pepperville, there is a misperception that people who are stuck don’t have strength. Jenna, the main character in that story, has found a way to carry on without her mother. That’s powerful.

Everyone in the story has a struggle that prevents them from leaving. They aren’t weak, they are climbing their own mountains.

That’s where Jenna and I meet. Now that I’ve spent many decades knowing my biological mother, she insists my inability to bond with my adopted mother is due in part to the two weeks she spent with me after I was born. I look at that sad little girl and realize she possessed an inner strength many adults couldn’t comprehend. She knew how to carry on and thrive without the encouragement most kids receive.

The little girl who wanted so desperately to have long hair was strong. She persevered, fought through the doubts, both self-inflicted and externally encouraged and became an award-winning author.

She was determined to have long hair, even if it was nylon and dyed pink.

Whatever your mountain it is, put on your best hiking shoes and climb it. Find the strength that’s inside you. Wear your pink tutu on your head and make your own long hair. Prove that no matter how hard they try and crush you, the strength in you is unbreakable. 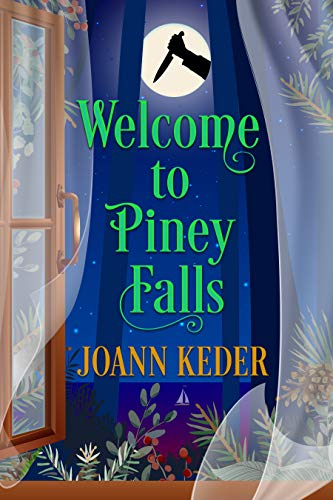 Lanie has no idea what awaits her in Piney Falls…

Lanie Anders has a perfectly-ordered life. From her half-foam morning latte to her high-powered executive job – she controls every outcome. But when her house burns to the ground in mysterious circumstances, her life is thrown into confusion.

Searching for some kind of purpose, she stumbles across a century-old mystery and flees to Piney Falls, Oregon, an oceanside hamlet with a curious past. But something isn’t quite right in the picturesque town. Her neighbor speaks in riddles, the death rate is alarmingly high and the impossibly handsome town baker is hiding something.

With each clue she unearths in the present and the past, she becomes more convinced that the townspeople are in imminent danger.

Will Lanie be able to solve both mysteries without putting her own life in jeopardy?

Find out why readers are calling Welcome to Piney Falls “immensely immersive and totally gripping.” Don’t miss the first in this exciting new mystery series! 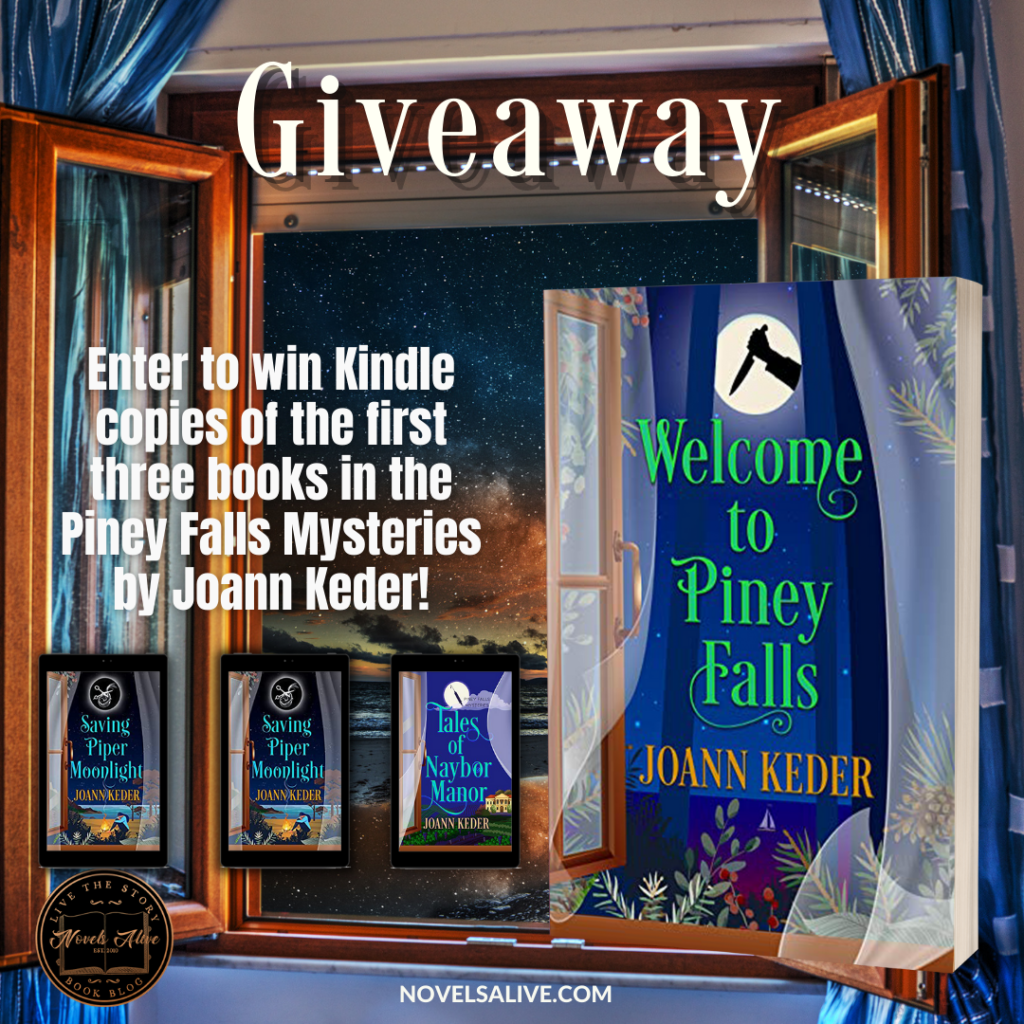 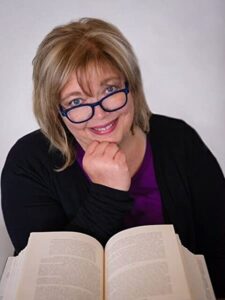 Joann Keder spent most of her years in the Midwest, growing up and raising a family on the Great Plains of Nebraska. She worked for sixteen years as a piano teacher before returning to school to receive a master’s degree in creative writing. A mid-life move to the Pacific Northwest lead her to re-examine her priorities. She now creates stories about life and relationships in small towns while her ever-patient husband encourages her on.

February 14 – I Read What You Write – CHARACTER GUEST POST