By Dayna Linton
25 May 2022
Cozy MysteryFeaturedGiveawayInterviews

My story is driven by a combination of the plot and the two amateur sleuths who have to solve the mystery. These two factors are intertwined.

In truth, the character Hazel Davies, one of the amateur sleuths, is based on me, or at least, the person I would like to be.

As my creative ability has its limitations, people I know often become characters in my book. So far, I have not offended anyone, even if I have to kill them, at least as far as I know.

I tend to make changes as I am writing my book. When I discover problems, I try to work them out as I go along. By the time I finish, the story is pretty well set. The main challenge then is ensuring the timeline is correct.

A new story begins to form in my mind, long before I start writing. I may wake up in the middle of the night with a new piece of the puzzle. I create characters as I need them for the story. When I start writing, I don’t really know how it will come together, I just tust it will work in the end.

I cannot honestly say that any book from my early years influenced me, as I never considered writing until I was close to retirement age. When I was young, if anyone had suggested I would become an author, I would have laughed. In fact, I still have difficulty defining myself as an author.

There were two areas of research involved in writing Murder at Serengeti Plains.

The first was related to the location of the fictitious subdivision. When I discovered Centerville, Ohio I found the history fascinating and was determined to incorporate it into the book. A friend who once owned property in the town helped me and I also gathered information through one of the local museum curators.

The second area of research involved the finer points of modern-day house construction. To this end, I walked around our subdivision and asked lots of questions when I encountered contractors and managers on the site.

Although I write about murder, I am probably the least violent person you are likely to meet. As I have difficulty defining myself as an author, I cannot really say what defines me, other than the fact that I have written several books.

All my working life was spent dealing with other people’s financial matters and ensuring their accounts were correct. My life has always dealt with facts not the imagination. Writing mystery novels has involved a complete turnaround in my thinking as I have finally released my imagination.

Murder at Serengeti Plains was prompted by two unrelated experiences. The first involved an interaction with someone on the building site who talked down to me, and in my imagination, I felt he should be punished. The second factor occurred during a walk, when I looked down into a newly finished basement and imagined a body in a dark corner.

I have resurrected a story I started in Newport, Oregon when we lived there. As usual, I found a body in an unusual place, this time in the bottom of a ship used to dredge the sand out of the navigation channel leading into the harbor. 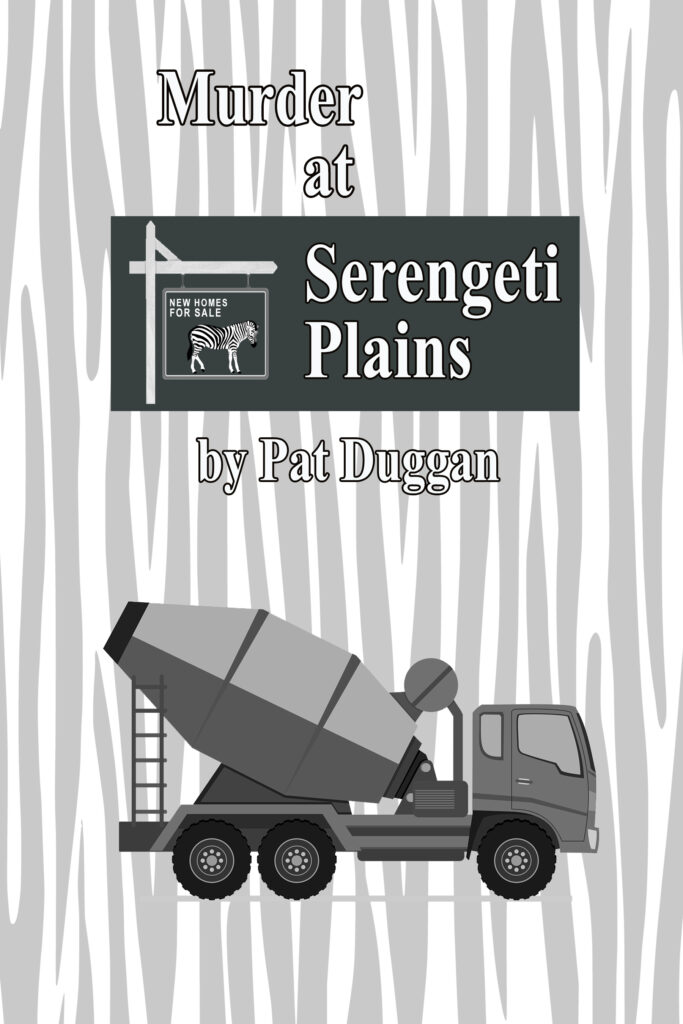 Murder at Serengeti Plains is the third mystery novel in the series, featuring amateur sleuths Hazel Davies and Anna Kohl.  The earlier novels are Murder at Eagles Nest and Could They Be Twins?

The book is set in a new residential subdivision, Serengeti Plains, built by the renowned local builder, Zebra Homes.  It is located in the peaceful, historic town of Centerville, Ohio.  However, peace is shattered when the new residents are awakened one morning by the sound of police sirens.  The procession of police cars, come to rest in their own neighborhood.  A body has been discovered!  Was it an accident or was it murder?

Hazel Davies and Anna Kohl have recently moved into this new subdivision.  They have previously helped the police to solve murders in both Florida and Ohio, but they did not expect to find one on their own doorstep.  When the police begin to look at their friend as the perpetrator, they find themselves drawn into yet another murder investigation. 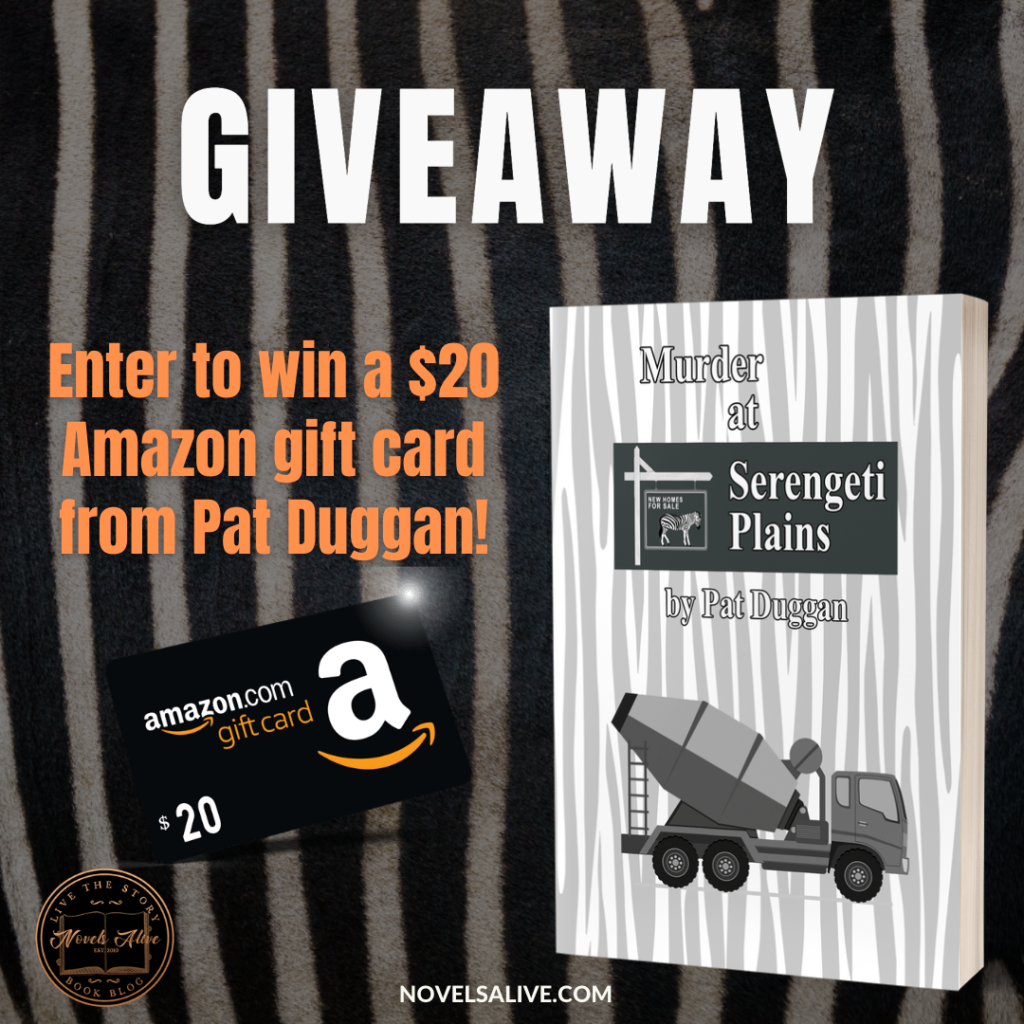 Pat Duggan will be awarding a $20 Amazon Gift Card to a randomly drawn winner via Rafflecopter during the tour.

Originally from Manchester, England, Pat Duggan moved to the U.S. in 1985. After a career in finance, which included running her own book-keeping and tax business, in the Cincinnati area, Pat and her partner retired and moved to Oregon. Years later, they embarked on a five-year journey, traveling across the country in a motorhome.

Writing was a whole new direction for Pat, which began with two non-fiction books – The Power Within and Finding God in an RV. Then she branched into writing fiction as she turned to her love for solving murder mysteries and the challenge to figure out ‘whodunit!’

Sadly, their traveling days are over, but settling down has brought its own reward as it inspired this latest novel.

April 13: Fabulous and Brunette
April 20: Straight From the Library
April 27: The Avid Reader
April 27: Our Town Book Reviews
May 4: Lynn’s Romance Enthusiasm
May 11: The Key Of Love
May 18: All the Ups and Downs
May 18: Hope. Dreams. Life… Love
May 25: Gimme The Scoop Reviews
May 25: Novels Alive
June 1: Westveil Publishing