GUEST BLOG: We’re Running Out of Bad Guys, and That’s Probably a Good Thing by Ash Bishop Plus Giveaway!

Previous articleSPOTLIGHT: WAITING IN THE WINGS by Tiffany Haas Plus Giveaway!
Next articleGUEST BLOG: Why Write? by Adam Frost Plus Giveaway! 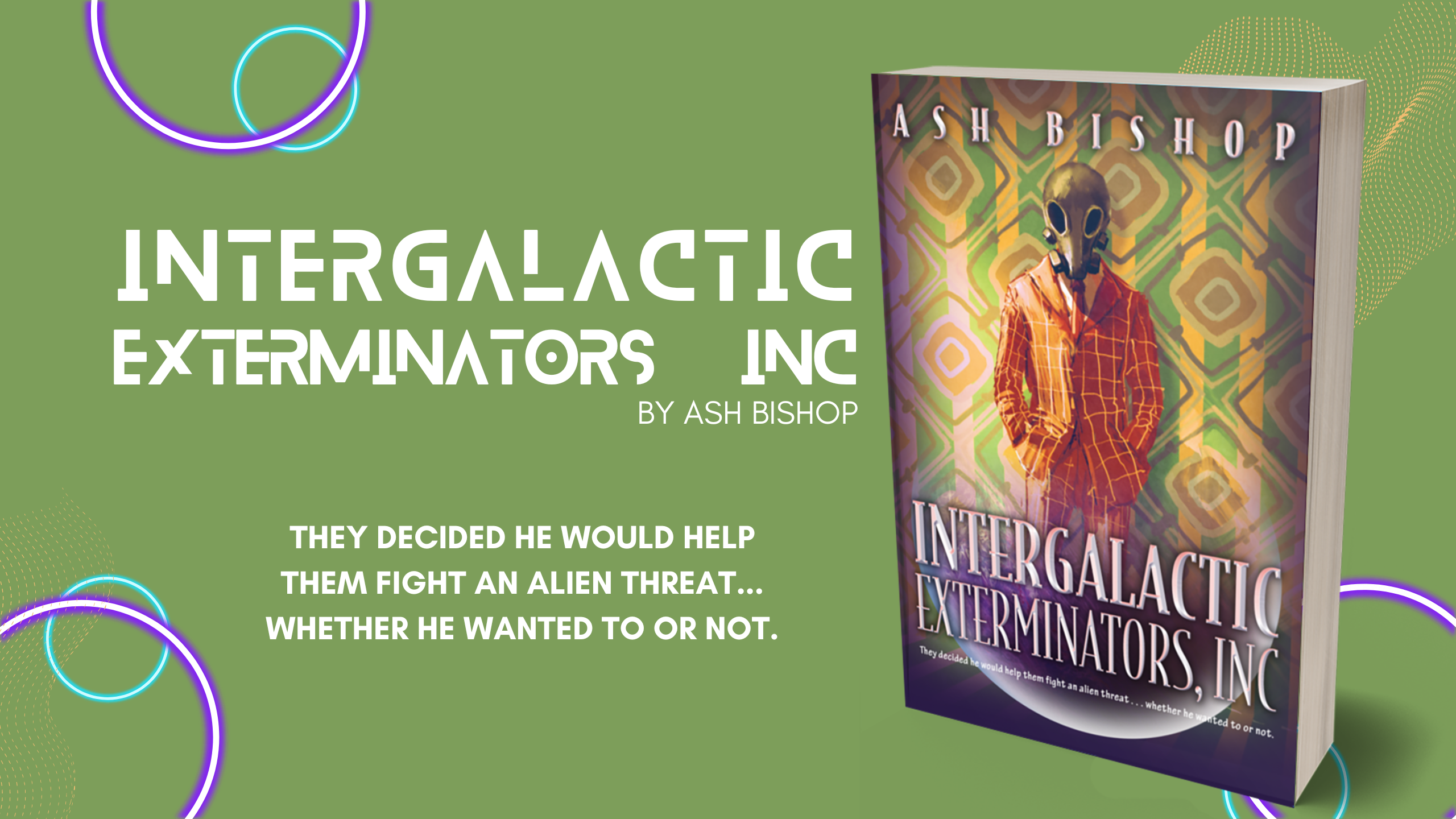 Top Gun: Maverick was a great movie. I watched it on Memorial Day and cheered as America defeated…somebody. Oddly, no matter how closely I watched, I couldn’t figure out which country Maverick was attacking. It had mountains and snow; was it Russia, maybe? Popular theories online claim to have identified it as Iraq because the stated goal is to shut down a uranium processing plant, and Russia already has plenty of those.

I have a better theory though. I think it’s nobody. Part of the reason is because Top Gun: Maverick wants to sell tickets in every country. So why make one of them the bad guy? This is supported by the digital removal of the Taiwanese and Japanese flags from Maverick’s jacket, replacing them with ambiguous symbols so as better to appeal to the enormous Chinese theater system.

Capitalism by itself can govern art in powerful ways, but what happens when it joins forces with…enlightenment? I think the other reason Maverick had nobody to fight is a little more idealistic: We Americans have been slowly creeping toward a certain type of open-mindedness and we’ve reached a point where we no longer want to celebrate the vilification of entire peoples. This is especially true of the youngest among us. The purchasing power of the millennials and the Zoomers is significant, and they’ve been raised expressly to respect and be open to all other cultures. No matter how bad a “villain” may appear in books and movies, the youngest generation still understands what Sting once famously sung, “There is no monopoly on common sense/On either side of the political fence/We share the same biology, regardless of ideology/Believe me when I say to you/I hope the Russians love their children too.” That was back in 1985, ironically, a year before Maverick first started blowing his Russian enemies from the sky. Sting has always been a little ahead of the rest of us.

So as a writer, what do you do with this wonderful conundrum? How do you write a novel with tension and stakes, when many of your readers don’t actually want the hero to impose his [imperialistic, patriarchal, white privileged, heteronormative] will upon the [potentially innocent] antagonist? And is there a way to do it without fighting Nazis or zombies, or zombie-Nazis?

It’s a question I asked myself before starting The Intergalactic Exterminator’s, Inc.

I answered it in two ways. The first is that I recreated much of our own political system in space. My ruling government entity is called the United Alliance of Intelligent Beings (UAIB). It’s a loose collection of sentient species, all from different planets, cultures and heritages, putting aside their disagreements for the sake of the best interest of the collective. Their section of the universe is far from perfect. In fact, it bears a lot of the same burdens as so-called late-stage Capitalism –certain races have notable advantages over other races, corporations hold a disproportionate amount of power, the working class is not treated particularly well, etc… — but they sure are trying their best to get along. Their noble values are more cherished than the forces that attempt to chip away at those values. Despite its flaws, it’s an empire worth rooting for.

The second part of my solution is that I decided on an antagonist that I think we can all agree is universally dreaded…creepy insects! Actually, that’s an oversimplification. In my novel, the enemy is any creature that jumps ecosystems into an environment that can’t support it. It could be creepy insects; it could be giant carnivorous felines. Heck, at one point the UAIB gets a little wary of planet-hopping Earthlings, what with their dismally low ecological rating and all.

I don’t really like how Top Gun: Maverick handled the problem of the disappearing adversary, but it’s still a good problem to have. Viewers and readers are no longer celebrating their own unchecked power. They’re realizing that those faceless Russian fighter pilots are probably just following orders and worried sick that they’re not going to be able to get home safely to their families. All life is precious and while violence on the global stage can’t always be avoided, we should still be wary of glorifying it.  As the great mystery writer John D. MacDonald once said, and I’m paraphrasing, “even the worst among us once had a mom and a dad that peaked over into his crib and decided they were looking at one damn fine baby.”

No matter what age you are, you should be able to enjoy my novel with a clear conscious. My antagonists are literal monsters, creatures whose habits are so damaging that left unchecked they’ll destroy entire ecosystems. As far as I can tell, the only ones unhappy with this narrative choice are the Exterminators themselves. Imagine having to face off against Ridley Scott’s Alien, or John McTernan’s Predator day-in-and-day-out, just to make a living? I’m sure the Exterminators would love to take a break and fight a few 1980s-era Ruskies, if only that was an option. 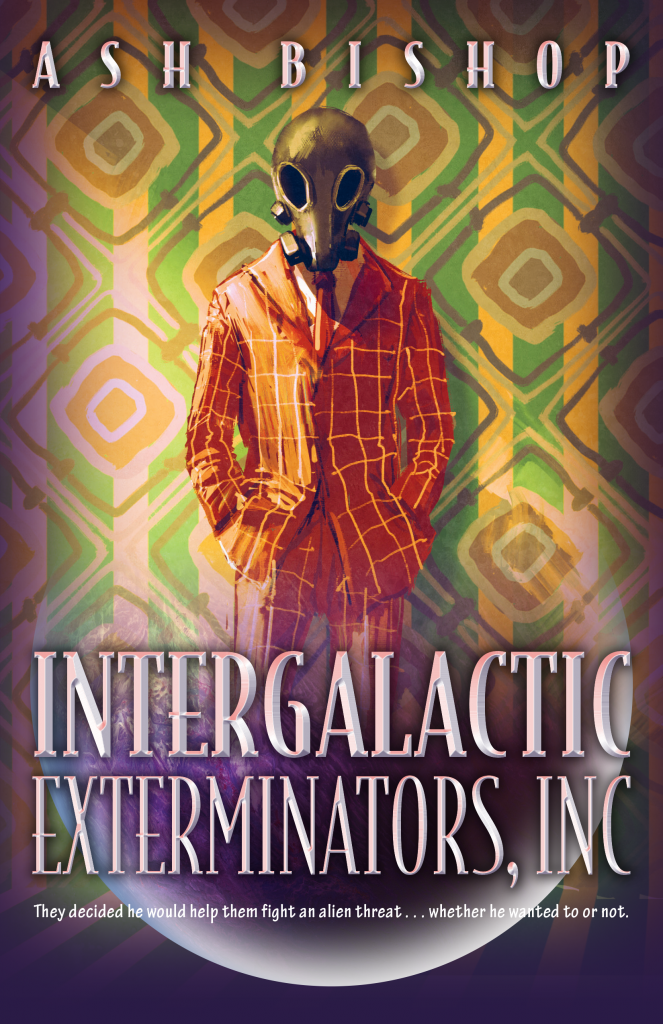 When Russ Wesley finds an unusual artifact in his grandfather’s collection of rare antiquities, the last thing he expects is for it to draw the attention of a ferocious alien from a distant planet. Equally surprising is the adventurous team of intergalactic exterminators dispatched to deal with the alien threat. They’re a little wild, and a little reckless. Worse yet, they’re so impressed with Russ’s marksmanship that they insist he join their squad . . . whether he wants to or not. 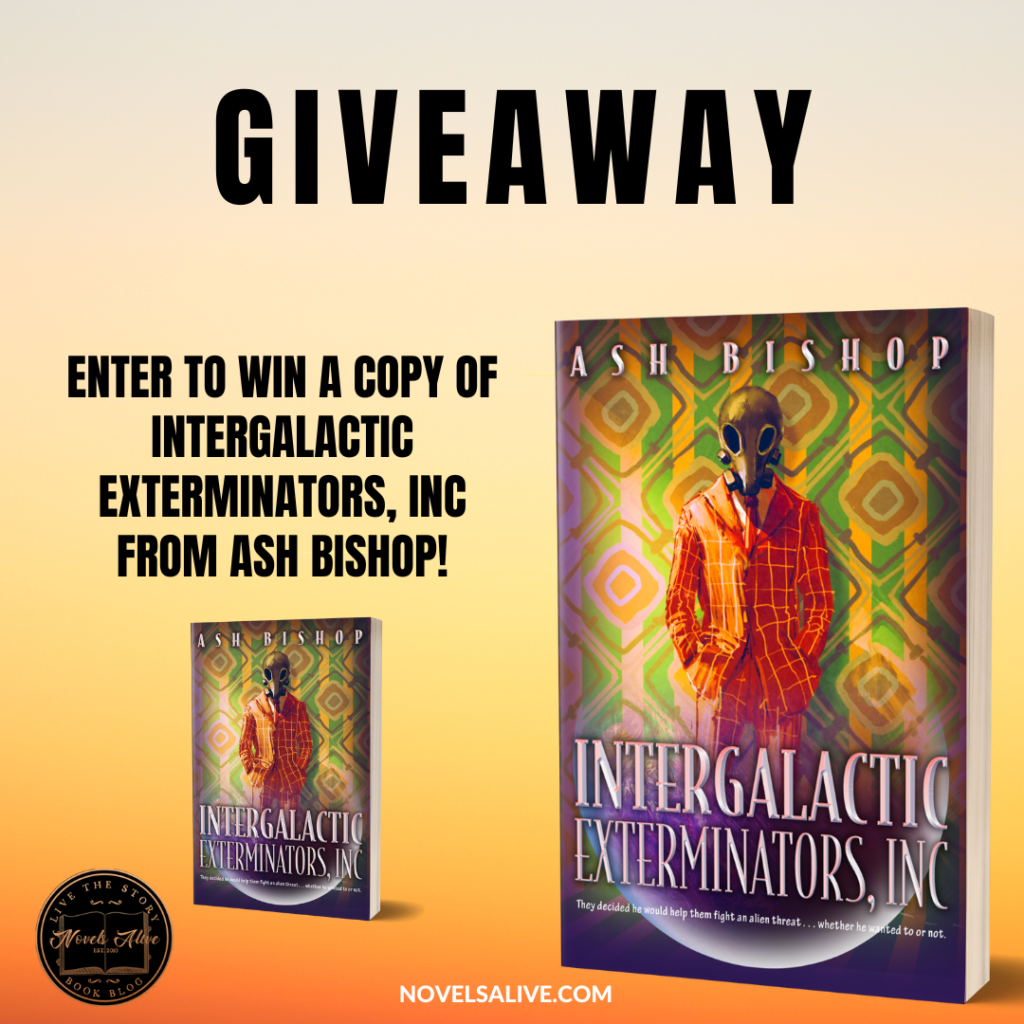 This is a giveaway hosted by Providence Book Promotions for Ash Bishop. See the widget for entry terms and conditions. Void where prohibited. 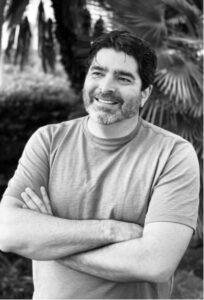 Ash Bishop is a lifetime reader and a lifetime nerd, loving all things science fiction and fantasy. He has been a high school English teacher, and worked in the video game industry, as well as in educational app development. He even used to fetch coffee for Quentin Tarantino during the production of the film Jackie Brown. Bishop currently produces script coverage for a major Hollywood studio, but he spends his best days at home in Southern California with his wonderful wife and two wonderful children. He earned an MFA in Creative Writing from San Diego State University. This is his debut novel.