Revolutionary War soldier, Gavin Cullane, has desperate choices to make. He vows never to give up the fight for American freedom, but his role as colonial liaison between the Americans and the British brands him a seeming traitor to his own country. When he discovers the woman he loves is part of George Washington’s secret spy chain, his only choice is to expose his own lies so she can escape.

Tansy Carter risks her life to send messages to George Washington from the captured city of New York. When she is discovered, she must flee the city, and trusting her life to the traitor, Cullane, is the desperate chance she must take.

Will their freedom come at the cost of their love? 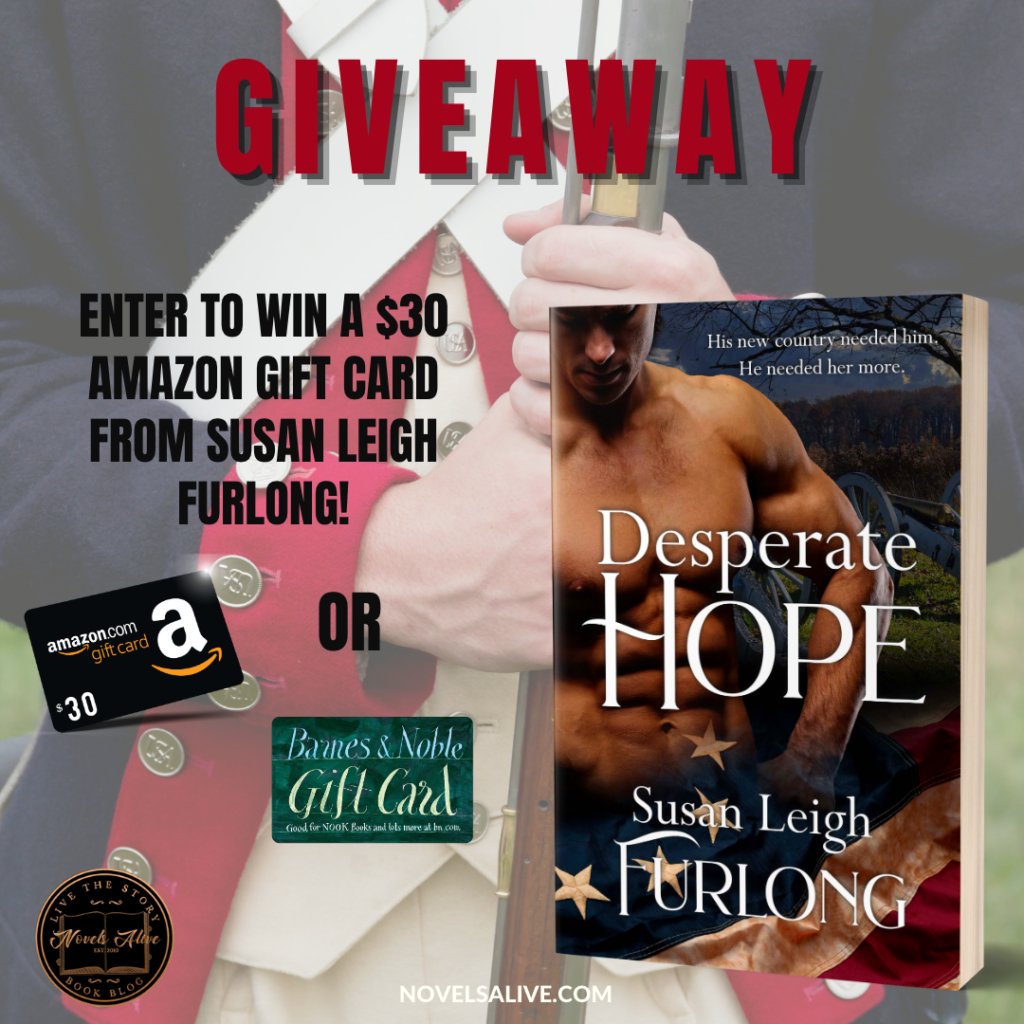 Susan Leigh Furlong will be awarding a $30 Amazon or Barnes & Noble gift card to a randomly drawn winner via Rafflecopter during the tour. 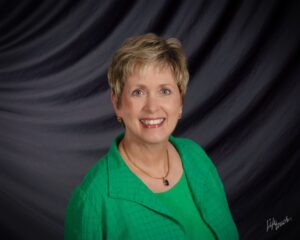 Susan Leigh Furlong knew she had a special connection with words since she was a child. When she was 9 years old, she wrote and directed her first play for the neighborhood children.

Susan’s love for history fuels her resilience against the sneezes and coughs that old books give her as she delves into research for unique historical events to inspire her historical fiction romance novels. Susan captures her readers’ imagination with a highly enthralling style, chronological events, and smoothly flowing narratives that keep one’s eyes glued on her novels from the first page to the last.

Susan has written two non-fiction books and three novels set in sixteenth century Scotland as well as several short stories published in national magazines. Her most recent release is Desperate Hope, a novel set during the American Revolution. When Susan is not combing through history piecing together her next novel, she writes, directs, and performs with a music and drama group.