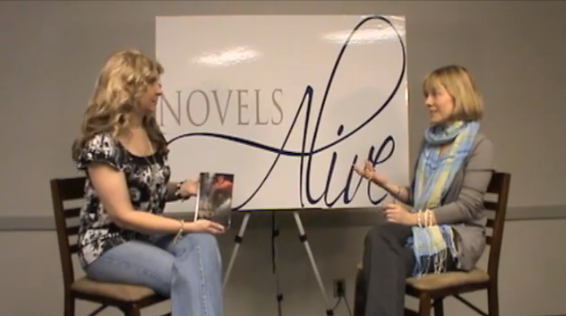 What can thousand year old stones tell you? Just ask Keena Kincaid, award winning author of rich, historical romance. This magical storyteller’s background as a reporter, editor, and medieval history expert enables her to bring a wealth of lore and authentic details to her paranormal stories. She weaves a tapestry of fact, fiction, intrigue around her colorful characters as they are forced to make painful choices for love. This month, readers are in for a treat. ENTHRALLED, the third book in her 12th Century romance series will be released.

In ENTHRALLED, [quote]”William of Ravenglas wants only one woman—his foster sister, Ami—but she is promised to another, a fate sealed by his father’s recklessness. Resolved to her forfeiture, he forges a dangerous path to bring stability to the house of Ravenglas, balancing the secret demands of the queen against loyalty to the king.

To claim her, he must abandon home, duty, and honor—or reveal the secret of her Sidhe heritage and risk losing her forever to dark magic…

Ami, true sister to Aedan ap Owen the minstrel, refuses her fate. She wants William. But when his kiss awakens her dormant magic, it triggers cascading events that sweep her into the queen’s fiendish web and threaten William’s life.

Now Ami must learn to control her fey powers or watch William die. But with a mystery lover in his past, even if she succeeds will he truly be hers?”[/quote]

Are you hooked yet? Keena’s stories are like a journey into the mist shrouded past. And when the mists clear the reader is left with a heart full of magic and love. Just as Aedan and Tess discover in Book Two of the series. In TIES THAT BIND,

“A druid who denies himself nothing desires the only woman who believes magic and love don’t mix.

AEDAN ap OWEN misuses his Sidhe gifts for his own personal pleasures and the king’s dark business at the Plantagenet court. Sent north to investigate rumors of treason and dispatch the troublemakers, Aedan discovers someone is murdering monks and stealing saints’ relics. And all clues point to his kinsman the Earl of Carlisle.

LADY TESS of BRIDSWELL refuses to rekindle her relationship with Aedan. She knows his reputation as a secret stealer—and she has a secret that must be kept. But her resolve falters when her uncle promises her hand to a man she despises and Aedan appears her sole salvation.

But a would-be king uses the stolen relics to amplify his power, wielding it like a weapon. Meeting the traitor’s magic with magic could prevent war, but it also would destroy Aedan’s chance to show Tess he has at least mastered the temptation of the ancient wisdom. Can he renounce his magic to win Tess’ heart anew or will Aedan choose magic over love?”[/quote]

One of the deepest connection two people can make is within their souls, but to know such a love and then to lose that love can haunt a man forever. Anam Cara means “soul friend” and Keena takes her hero upon a wrenching journey to win back the love of his soulmate.

In ANAM CARA, [quote]”Branwyn ap Owen knows it’s appointed for men “once to die, then the judgment,” but his hell is to live again and again until he rights an ancient wrong. Unlike other such souls caught on a karmic wheel, he remembers the past, and he always remembers her.

Liza of Carlisle knows nothing of the vow trapping her in Bran’s judgment, yet when he walks into her inn, their instant connection is unnerving. She fights the inevitable, knowing instinctively this wanderer could destroy the life she loves.

Determined to repair the damage of his first betrayal, Bran uses the knowledge of a thousand years to woo Liza. Yet just as he regains her heart, a fresh betrayal threatens their last hope for love.”[/quote]

So if you can’t journey through the ruins of a misty castle, or time travel back into medieval times, but want to intimately know the magic of it all, then Keena’s books are for you.