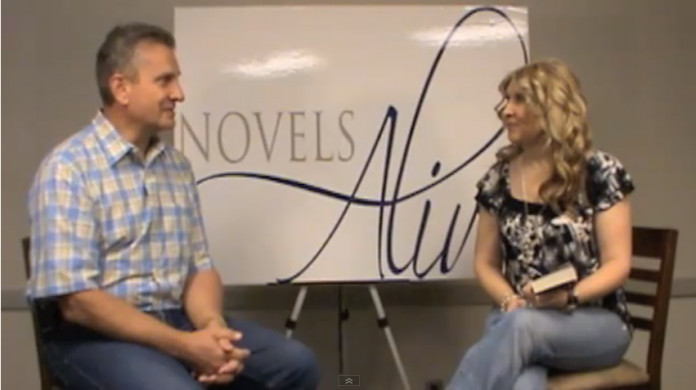 Without question FIRST TO KILL by award winning author Andrew Peterson is a first rate thriller. But then, those who know Andrew would expect no less from this first rate gentlemen and first rate marksman.

A debut novel, FIRST TO KILL is a gripping, page-turning dive in the turbulent world of Nathan McBride, a man haunted by his past and torn by his skill. [quote]”When you’re the best at what you do, it’s not always easy to walk away. But Nathan McBride believed he had done just that. The former Marine sniper and covert CIA operative had put the violence of his former life behind him, until now. When a deep-cover FBI agent disappears, along with an enormous cache of powerful Semtex explosive, the government envisions a disaster of international proportions and has no choice but to coax Nathan out of retirement. But almost as soon as Nathan accepts the assignment, he finds himself caught between a ruthless adversary with a blood-chilling plan and federal officials who will stop at nothing to see their own brand of justice done.”[/quote]

Andrew’s skill at taking his reader through edge-of-your-seat action at a relentless pace is masterful and right on target for a fantastic thrill ride bar none. Then again, when it comes to a rifle scope and crosshairs, this author knows his subject. A native Californian and architect, Andrew began to hone his sharp-shooting skills at the age of six when he won his first shooting competition at summer camp. Since then his has accumulated numerous first place wins, a state championship gold medal, and the accolade of Master in NRA’s High Power Rifle Ranking System.

But the weapons and the awards don’t define the man. When he isn’t writing or sharp-shooting, Andrew puts life and limb on the line for others as a volunteer firefighter. In his spare time (Ha. What spare time?) he hikes, he flies helicopters, and he scuba dives. (Dare we call this author an adventurous hero in his own right?)

Wait, there’s more! Andrew’s second book, FORCED TO KILL, will soon be available in audiobook format from Audible.com. With a cover quote from New York Times Bestselling thriller writer Brad Thor, this Nathan McBride book is not to be missed.

[quote]”When a mutilated body is discovered in a remote Utah lake, it sets a chain of events in motion that could force Nathan McBride to face a dark chapter from his past, a chapter he’s worked hard to forget. Bravery. Honor. Sacrifice. They aren’t just words to Nathan, they’re integral to his soul. He’s never backed away from danger and he’s not about to start now, even if it means confronting the man who tormented him to the brink of insanity during a botched mission over a decade ago. But the stakes are higher than he knows. Some secrets are best left buried, especially when powerful people are involved. In a showdown that will test Nathan’s core belief’s, he’ll have to make a life or death decision that has the potential to expose and destroy people at the highest levels in Washington D.C.”[/quote]

You can go to one of the coolest websites on the web, www.andrewpeterson.com to learn more about this first rate thriller writer and man.