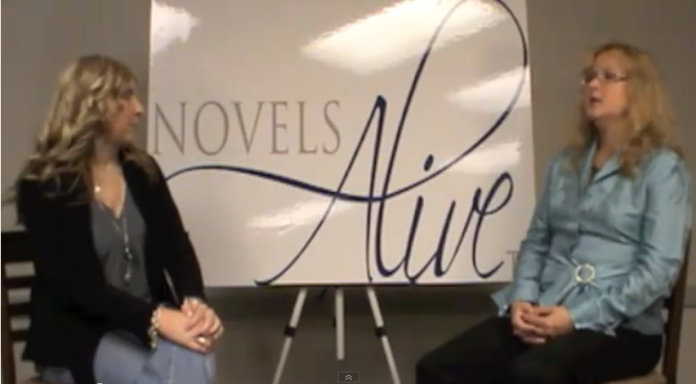 COLLATERAL DAMAGE by J.L. Saint isn’t your mother’s romance nor your father’s thriller, but an edge of your seat ride between them both, and a new frontier for this author who also writes as USA Today Bestselling author Jennifer St. Giles. Jennifer is known for her emotional, sensual, and visual writing as well as her ability to imbue and maintain a gripping element of tension into her stories, whether she is writing a historical murder mystery, a paranormal suspense, or a romantic thriller. She is also a woman who cares about others in quiet ways both in her profession as a nurse and in her position as Vice-President of Rising Phoenix Charitable Foundation a 501 (c)(3) non-profit corporation.

This very talented author has also begun writing screenplays and has a television pilot ready to pitch to T.V. executives! So be prepared to see even more of Jennifer’s work by sitting comfortably at home watching T.V. or enjoying a night out at the movies.

COLLATERAL DAMAGE is book one in her Silent Warrior Series that will feature a military man or woman as the hero or heroine of the story. The first few books focus on a Delta Team whose mission to extract high profile hostages from a radical group in Lebanon turns into tragedy. These books are not battlefield thrillers, but stories that place a military hero and his extraordinary skills in a domestic setting with a fast paced plot and a sensual romance at the heart of each story.

COLLATERAL DAMAGE is also forging a new publishing frontier for J.L. as well. It was released on December 14th through Samhain Publishing as an e-book original, and debuted on Amazon’s Bestseller list for Romantic Suspense. COLLATERAL DAMAGE will also be released in print in 2011.

[quote]”Jack who is recovering from serious injury in the hospital sees the picture of prominent American businessman, Bill Collins, on the news, who he swears he killed in Lebanon two weeks ago, but nobody believes him, especially since Collins reportedly died in Brazil just yesterday. Leaving the hospital, Jack goes AWOL to uncover the truth. Instead of answers, he gets assassins, more questions, and a terrorist plot that threatens to ignite a world war. As Jack fights to keep Lauren Collins, Bill’s estranged widow and her twin sons alive, he lays more than his life on the line and stands to lose everything when the truth behind Bill’s death comes to light.

When Lauren Collins learns her soon-to-be-ex’s deceit was more than just an affair or two, she and her sons were thrust into a world of peril where they become the target of irrational revenge and the focus of a serial murderer. One man, a wounded Delta soldier, steps between her family and danger and Lauren discovers there are men of honor. Jack puts his life on the line for her and her children, but can one man stop the onslaught against her? And if she and her children survive the Collateral Damage of Bill’s treason, can she trust Jack with her heart and those of her sons?”

5-STAR REVIEW: SEE YOU NEXT TUESDAY by Ken Harris