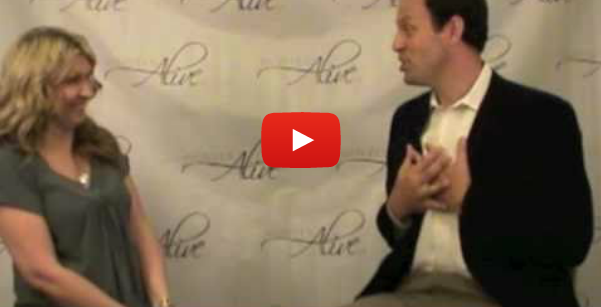 EYES OF THE INNOCENT hit the shelves recently and reviewers are raving about book two in the Carter Ross Mystery Series. The envious praise for Brad Parks’ skill at writing both humor and suspense inspired me to do a little investigative reporting myself.

You see, the hero of FACES OF THE GONE and EYES OF THE INNOCENT is Carter Ross, an investigative reporter with a highbrow education and a nose for trouble. Carter is intriguingly described as a dashing six-foot-one man with brown hair and blue eyes, who is funny and brave. So, you can understand why I had to snoop around for the guy, right? I mean what woman can resist such a combination.

I’m still looking for the man, but I did learn that Carter Ross was [quote]”born and raised in well-to-do Millburn. He attended some of New Jersey’s finest prep schools then spent four years at Amherst College. Still in his early 30’s, he has landed a plum gig: Investigative reporter at The Newark Eagle-Examiner, a job that plunges this white-shoe WASP into some of “the seamiest places the city has to offer.”[/quote]

In EYES OF THE INNOCENT, Carter’s boss demands a story that puts Carter on a collision course with disaster. [quote]”A house fire in Newark, New Jersey kills two young boys left home alone, and investigative reporter Carter Ross is dispatched to write a follow-up. With the help of the paper’s newest intern, Lauren “Sweet Thang” McMillan, Carter discovers the fire isn’t what is seems. Soon, he’s plunged into a murky world of urban house-flipping and political corruption, and an ever-deepening mystery…”[/quote]

During my investigation, I also discovered that nobody does a better job than Brad in sharing the news about EYES OF THE INNOCENT. So I am just going to let his talent and brilliance shine in the below article he shared with his fans while I go look for that tall, dark, handsome, and humorous Mr. Carter Ross okay?

But wait…Brad Parks is tall. And is that blue eyes that I see? Brown hair and a journalist career, too. And wait, he’s OMG funny as well. Do you think that Brad Parks and Carter Ross could be the same…

“With the nationwide release of EYES OF THE INNOCENT set for today, the rave reviews have been pouring into the offices of The BradParksBooks.com, forcing the interns to work overtime just to keep up.

Then on Sunday, The (Newark, N.J.) Star-Ledger chimed in with, [quote]”Fast-paced, thoroughly satisfying… a good laugh on almost every page.”[/quote] And the Fredericksburg Free-Lance Star said, [quote]”Imagine a book that melds the style of a Bob Woodward and a Janet Evanovich and you have the flavor of EYES OF THE INNOCENT.”[/quote]

“So much good news!” said Sarah, the smart intern. “We ought to celebrate.”

“Definitely,” said Zach, the silly intern. “And there’s really only one thing we can do: toga party.”

“Zach, we can’t have a…” Sarah, the smart intern started to say, but was quickly drowned out.

“Grisham’s interns probably get flown around in a private jet,” Zach said. “Brad drives a Ford Fusion. We deserve a perk or two.”

Brad, who was off looking for librarians to escort across the street, wasn’t around to stop us. Further debate was drowned out when Peter, in an unusual show of initiative, pulled a blender out from under his desk and fired it up. Zach took Maggie, the clueless intern, down the street to a Laundromat and convinced her to help him to reconnoiter some sheets (“If it’s been left in a public place, it must be free,” he rationalized). And, just like that, the first-ever The BradParksBooks.com Intern Toga Party was underway.

Things were just getting good when Brad stormed into the office.

“Boss, I can explain,” Sarah began.

The next thing we knew, Maggie was helping Brad into his own toga, and he had joined the fun. We’re not sure exactly what happened next, only that at some point Sarah started snapping pictures, beginning with…

And, finally, there’s The Morning After photo…

“Why does it say ‘SHAM’ on his forehead?” whispered Maggie as Sarah put the camera away.

“We were writing ‘Shamus’ but we ran out of eyebrow pencil,” Zach said.

“I don’t even want to know what he did to get those beads,” Peter said, yawning.

“Actually, there wasn’t alcohol in anything he had,” Sarah said. “He got drunk on reading his reviews and passed out.”

Don’t worry, we’ll have him sobered out in time for the Still-Dashing Tour™. In the meantime, please enjoy EYES OF THE INNOCENT release day responsibly—and happy reading!

Yours in Celebration,
The BradParksBooks.com Interns”

After reading the above how can you not go out and get EYES OF THE INNOCENT and the Shamus and Nero Award winning FACES OF THE GONE?

[quote]”A shooting can rattle a city, even if it’s gun-choked Newark. Investigative reporter Carter Ross finds himself with gruesome front-page news: four bodies in a vacant lot, each with a single bullet hole in the back of the head. In a haste to calm residents, local police leak a story to Carter’s colleagues at the Newark Eagle-Examiner, calling the murders revenge for a bar stick-up. But while Carter may not come from the streets, he knows a few things about Newark’s ghettos. And he knows the story the police are pushing just doesn’t make sense. The paper prints the police’s version anyway—under the journalistic theory that it’s better to be first than factual—leaving Carter all but alone to find the real story. He enlists the aide of Tina Thompson, the paper’s smoking hot city editor, to run interference for him at the office; Tommy Hernandez, the paper’s gay Cuban intern, to help him with legwork on the street; and Tynesha Dales, a local stripper, to take him to Newark’s underside. Soon, Carter learns the four victims have one connection after all, and this knowledge puts him in the path of one very ambitious killer.”[/quote]