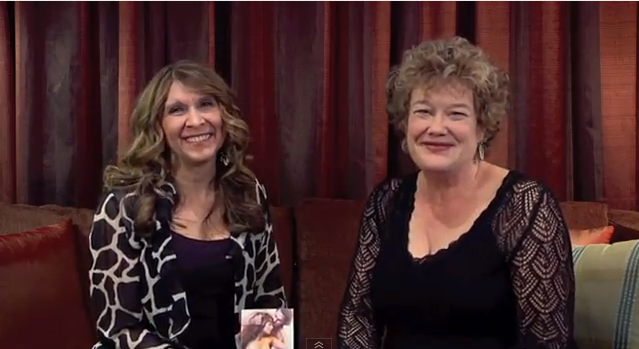 New York Times Bestelling author, Cathy Maxwell recently joined Novels Alive TV’s very own Dayna Linton at the 2012 Romantic Times Fan Convention in Chicago to talk about her newest series for Avon, The Chattan Curse which begins with the release of LYON’S BRIDE this May.

[quote]“Watchers of the threshold, Watchers of the gate,
open hell and seal Chattan’s Fate.
When a Chattan male falls in love,
strike his heard with fire from Above.
Crush his heart, destroy his line;
Only then will justice be mine.”[/quote]

With a curse like that hanging over your head and generations of untimely deaths as proof that your forbearer seriously ticked off the wrong woman, it’s understandable why Neal Chattan, Lord Lyon might want to avoid a love match at any cost. It also makes for an extraordinarily interesting read as Neal and the matchmaker he’s hired to find him an “unlovable” bride, fight the feelings that could cause his demise.

Talk about having the odds stacked against you!

It takes an author like Cathy Maxwell to take a plot like this and weave it into something that is genuinely believable and filled with strong relatable characters who touch the reader on an emotional level and make them real.

Novels Alive.TV greatly enjoyed interviewing this author and hearing her insights into this series and we hope you do as well.

4-STAR REVIEW: A SCOT IS NOT ENOUGH by Gina Conkle