Previous article
BOOK BLAST: THE GIRL AND THE DEMON by Pauline Gruber
Next article
GUEST BLOG: What Would You Do If You Knew the Exact Day You Were Going to Die? by Lauren Sevier

Riley, a seventeen-year-old Halfling Angel of Death, is on a dangerous mission.

To save her friend’s life, she must make a pact with the man who just tried to kill her and break him out of the Celestial Prison, guarded by Angels of War—fearsome warriors who can squash her like a fly. Even worse, if she’s caught, she’ll be sentenced to eternity in that impenetrable prison.

Riley will be forced to make deals with demons and her number one enemy, turn her back on her friends, and risk losing her family forever.

Worst of all, her very existence depends on her devious new allies. 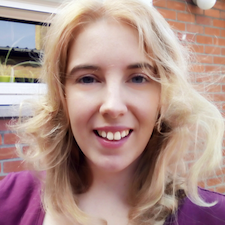 Author Majanka Verstraete has written more than twenty unique works of fiction. A native of Belgium, Majanka’s novels explore the true nature of monsters: the good, the bad, and just about every species in between. Her young adult books include the acclaimed Mirrorland (YA Dark Fantasy) and Angel of Death (YA Paranormal) series of novels. At MHB, Majanka is currently developing a new YA shifter series with a fresh take on fierce female detectives called THE ADVENTURES OF MARISOL HOLMES.

When she’s not writing, Majanka is probably playing World of Warcraft or catching up with the dozens of TV series she’s addicted to.

Want the latest news about Majanka Verstraete? Sign up for our newsletter!