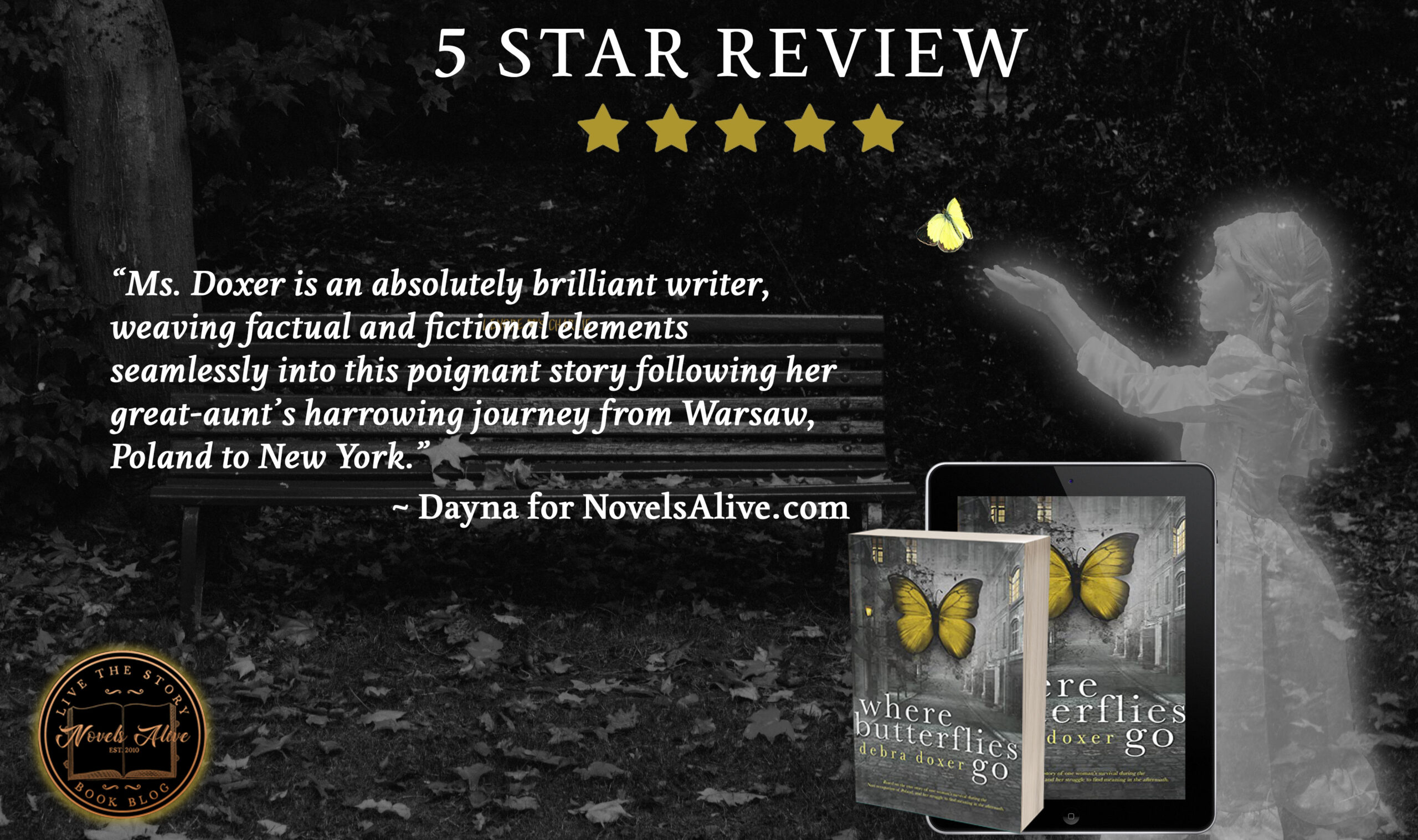 Where Butterflies Go by Debra Doxer is told in first-person and in two parts. The first part of the book starts in Warsaw, Poland, in 1932, and the second part of the book begins in 1948 as Meira immigrates to Great Neck, New York.

We follow Meira’s family as the Nazis invade Poland, and hostilities increase daily and year after year until family members are lost, and those who survive are starving. Finally, Meira’s family is packed onto a train and sent to a concentration camp.

As Part I climaxes to its end, it left me scarcely able to breathe. That night, I wasn’t able to sleep. I don’t want to give spoilers away, but I recommend you have plenty of tissues nearby when you read this book.

The first part of the book is written in chilling and heartbreaking details. From the depravity of the Nazis’ actions to the desperation of the ghetto dwellers as they fight to exist in a world of cruelty and heartlessness. Meira’s thoughts as a daughter, wife, and especially mother are heart-wrenching in their candor, and I challenge anyone not to be moved by them.

As Ms. Doxer moves us to the second part of the book, the tone lightens—as it should—but as we reside in Meira’s thoughts, we feel her despair, loss, and emptiness as well. Ms. Doxer has such a profound gift with character development and creating that all-important ambiance which pulls the reader in so we become part of the story. Though some of the characters were unlikable, that was intentional.

Each character had an arc, but our primary focus was on Meira and her journey. While I loved Max, Karen, Avrom, and so many other characters, and of course, sweet little Tovah, I adored Mr. Diamond. We all need a Mr. Diamond in our lives. He was the shoulder to cry on, the understanding heart, the wise advice, and the little push Meira required at just the right moment.

As Meira walks through her journey of healing, we, the reader, walk through it with her, and I felt myself profoundly changed because of it. I recognized those feelings of emptiness and earth-shattering grief, of pain so deep you fear you’ll never recover. Ms. Doxer’s ability to tap into that human consciousness and communicate those emotions in such an evocative way continued to draw me deeper and deeper into Meira’s story. I wanted so desperately for her to find love, but most of all, peace.

Ms. Doxer is an absolutely brilliant writer, weaving factual and fictional elements seamlessly into this poignant story following her great-aunt’s harrowing journey from Warsaw, Poland to New York. Blending family stories, archival information from Yad Vashem, and her incredible vision, she has created an extraordinary book of hope, love, and renewal. In the end, you are left with a powerful reminder that through tremendous loss, you can heal.

I’ve read many books on WWII and the Holocaust. All of them have moved me and left an impression on me, but the manner in which Ms. Doxer presented this particular story in all its starkness, brutality, beauty, and humanity will stay with me for a very long time.

*I was given the book by the author in exchange for an honest review. 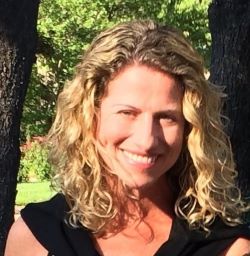