BOOK BLAST: THE TIME GATHERER by Rachel Dacus Plus Giveaway!

Previous articleBOOK BLAST: HER TIMELESS GAMBLE by Nancy Fraser Plus Giveaway!
Next articleGUEST BLOG: Why Writing is a Form of Personal Therapy by Deeann D. Mathews Plus Giveaway!

Coming of age as a time traveler isn’t easy. Young George St. James gets help from a magical medieval monk and a 23rd-century geneticist. But they can’t keep him safe from a secret society dedicated to eliminating time travel. When love unexpectedly arrives in a distant century, George must use all his skill to thwart his foes while trying to save his beloved from their malice.

Rachel Dacus will be awarding a $20 Amazon or Barnes and Noble GC to a randomly drawn winner via Rafflecopter during the tour. 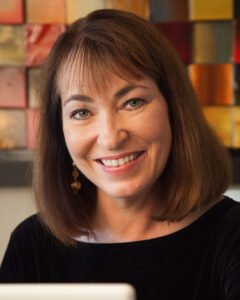 Rachel Dacus is the author of three novels touched with the supernatural, The Time Gatherer, The Renaissance Club and The Invisibles. Magical realism also runs through her four poetry collections: Arabesque, Gods of Water and Air, Femme au Chapeau, and Earth Lessons. Her writing has appeared in many journals, including Atlanta Review, Boulevard, Gargoyle, and Prairie Schooner, as well as the anthology Fire and Rain: Ecopoetry of California. She lives in the San Francisco Bay Area with her husband and a tiny but feisty Silky Terrier. She loves exploring the outdoors and raising funds for good causes.